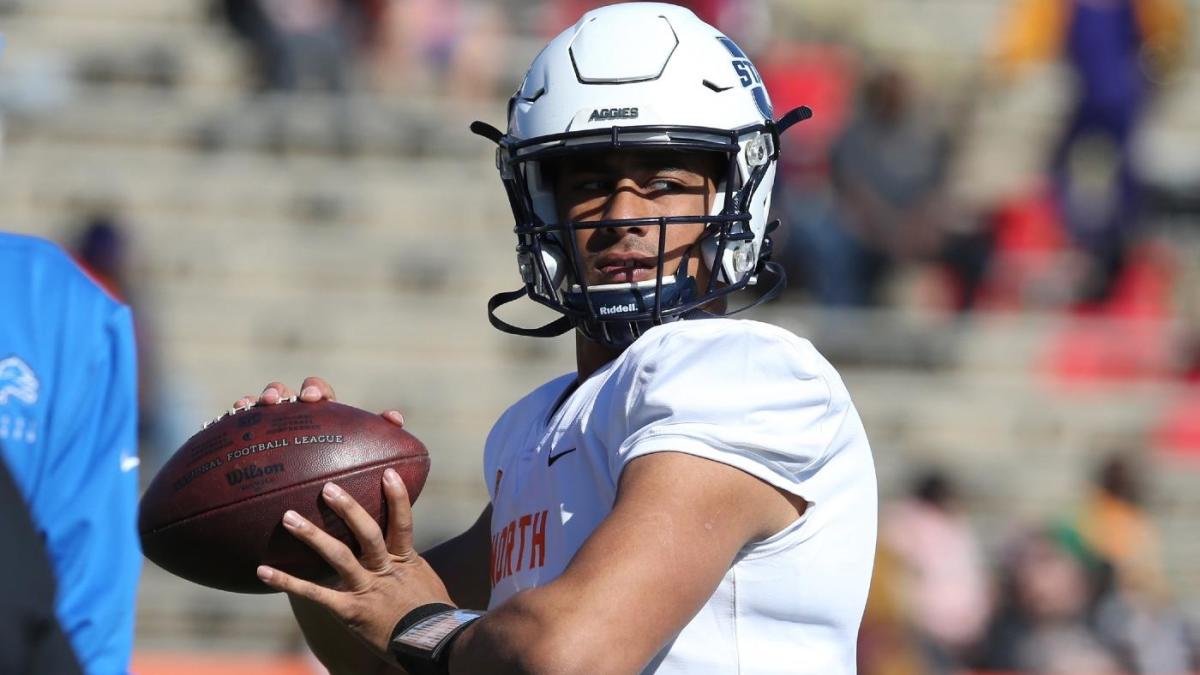 After the NFL imposed a deadline for pre-draft visits for draft-eligible players due to the coronavirus outbreak, the Dolphins moved quickly to meet with a quarterback they could take in the upcoming draft as they look to find their first long-term solution at the position since the Dan Marino era.

On Friday, the NFL ruled that teams could no longer meet with prospects after the close of business. After Friday, draft-eligible players will not be eligible to travel to a club facility or any other location to meet with teams. All “visits” will be conducted via telephone or video conference. Reacting quickly to the news, the Dolphins set up a last-minute meeting with Utah State quarterback Jordan Love before the deadline, according to NFL Network’s Ian Rapoport, who reported that “Miami moved quickly to secure his visit.”

As it stands — barring any trades before April’s draft — the Dolphins hold the fifth, 18th, and 26th-overall picks in the first round alone. While journeyman Ryan Fitzpatrick is likely to be the team’s Week 1 starter and former first-round pick Josh Rosen remains on the roster, neither are considered to be long-term solutions to the team’s quarterback problem. Love is regarded as a first-round pick, along with LSU’s Joe Burrow (the presumptive first-overall pick), Oregon’s Justin Herbert, and Alabama’s Tua Tagovailoa.

If the Dolphins like Love, they’ll have three chances to take him in the first round. This is a roster that needs an infusion of talent at pretty much every position, so they could just take the best player available at No. 5 and hope Love falls to them at No. 18. But if the Dolphins do fall in love with Love, they might be forced to use that top pick on him instead of waiting for him later in the first round. There’s just no way to know how the Dolphins and every other quarterback-needy team feels about Love, which makes it difficult to project where he’ll go.

On that note, Pete Prisco has the Dolphins selecting Love at No. 5, even with Tagovailoa and Herbert still on the board, in his latest mock draft. Meanwhile, in his seven-round mock, Chris Trapasso has the Dolphins taking Tagovailoa at No. 5 and Love falling all the way to the Titans at No. 29. Finally, Ryan Wilson’s recent three-round mock sees Love going to the Colts at No. 13 after the Dolphins take Tagovailoa at No. 5. In other words, the draft is hard to predict. While it’s incredibly likely Love will be a first-round pick, he could really go anywhere from the top five to one of the final few picks on Day 1.

Which is why Wilson recently wrote that Love’s name should come attached with a “buyer beware” label heading into the draft.

Love is undoubtedly a special talent, and at various points during the 2019 season, we saw glimpses of what makes him so intriguing. Every throw looks effortless, and he has the athleticism to make plays outside the pocket. But when Love doesn’t get his feet set, or when he throws off-balance, his accuracy suffers. So what will an NFL team get in Love, whose physical abilities, arm strength and playmaking abilities firmly put him on NFL team’s radar a year ago?

There is some appeal to him landing in Miami, even if the Dolphins aren’t built to win right now. With Fitzpatrick returning, the Dolphins could afford to sit Love for most of the 2020 season, if not all of it, until they feel like he’s pro-ready and most importantly, they can surround him with a supportive ecosystem that will give him a fair shot to flourish — just ask Josh Rosen how important that last part is.