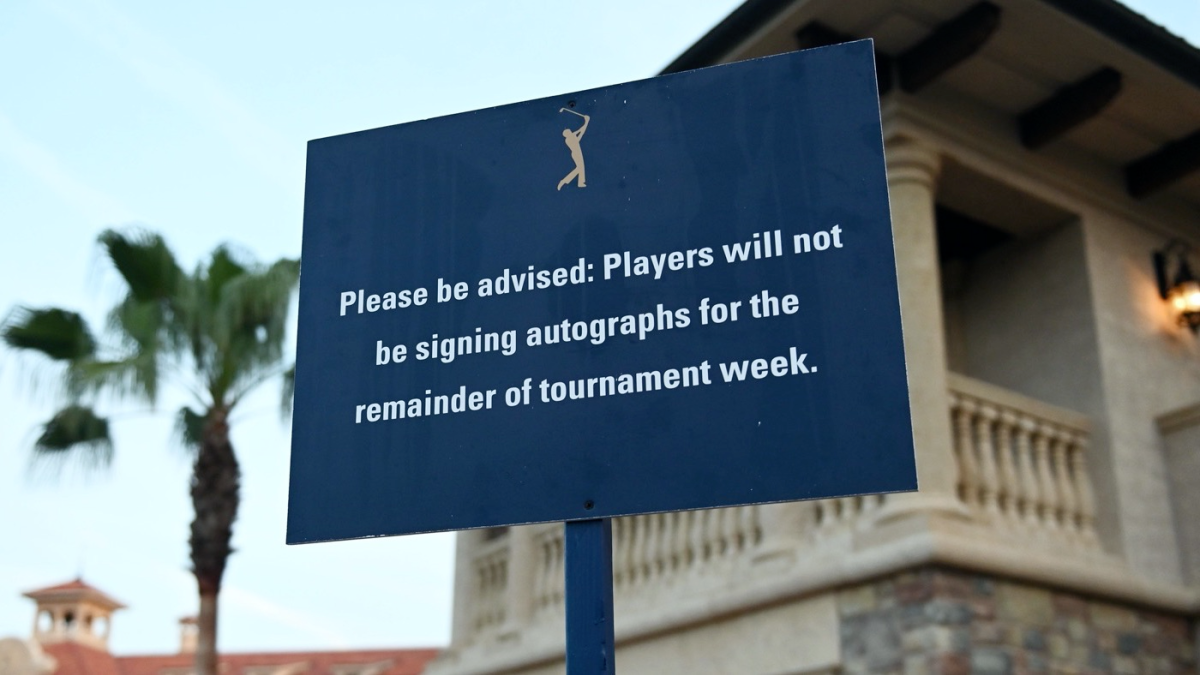 In the wake of the suspension of the 2019-20 NBA season on Wednesday evening due to the threat of coronavirus, the PGA Tour is pressing forward on Thursday with its crown jewel event, The Players Championship. Spectators will be allowed into the event, though those who are concerned about coronavirus will be refunded the money for their tickets.

The PGA Tour released a statement late on Wednesday evening with the tournament just a few hours away, and everything went off as usual on Thursday morning with a group of Sepp Straka, Rory Sabbatini and Brian Harman off the first tee and Russell Henley, J.J. Spaun and Denny McCarthy off the 10th.

The PGA Tour is aware of rapidly changing developments regarding COVID-19. With the information currently available, The Players Championship will continue as scheduled, although we will absolutely continue to review recommendations from the Centers for Disease Control, World Health Organization and local health administrations.

This is obviously a very fluid situation that requires constant review, communication and transparency, and we are dedicated to all three aspects. The PGA Tour will provide an additional update by 12 p.m. ET on Thursday.

There are myriad options here, including the removal of fans for the remaining rounds or the cancellation of the event altogether. The NCAA has opted for the former at its conference tournaments, while the NBA the latter for an undetermined period of time.

It remains unclear what the PGA Tour will decide after this weekend. On one hand, golf tournaments are spread out over large areas of land in which folks don’t come into close contact with each other. On the other hand, have you seen the 18th green at a tense event? At the very least, the PGA Tour has banned autographs as to limit contact between players and spectators.

“Fans have been informed that, out of an overabundance of caution, players will not sign autographs/interact as they would typically expect at a tournament,” the PGA Tour said in a statement.

All of this is bad timing and a worse situation. With the big week the PGA Tour has ahead, it would be difficult to pull the plug (any kind of plug) on this tournament, whether that means a total cancellation (which I don’t expect) or simply not allowing in fans for the following three days. But it might be the difficult decision the PGA Tour needs to make.