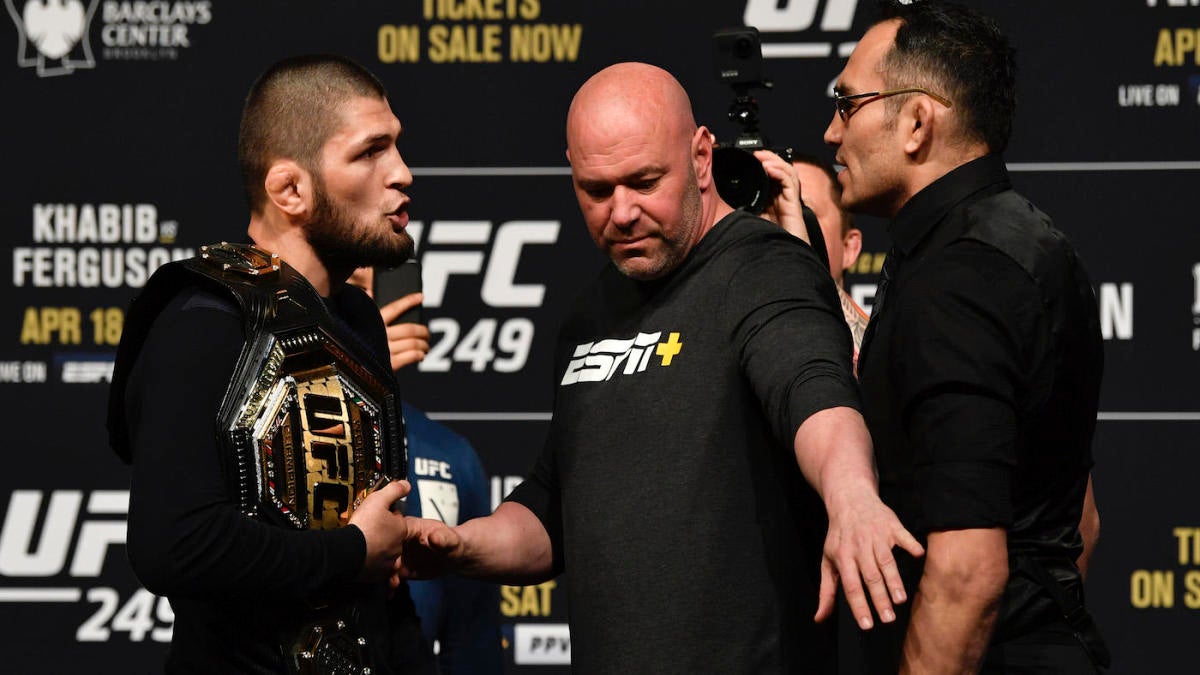 The two best lightweight fighters in the world will square off on Saturday, April 18 in Brooklyn when Khabib Nurmagomedov finally touches gloves with Tony Ferguson in a fight that’s quite possibly the best that can be made on paper across combat sports.

A great part of what makes the UFC 249 main event between fighters of such contrasting styles so anticipated is the fact that Ferguson (25-3), riding a 12-fight win streak in the sport’s toughest division, might be the only 155-pound fighter capable of handing Nurmagomedov (28-0) his first defeat. Asked if that’s a fair statement during last Saturday’s Dominance MMA media event in Las Vegas, the 31-year-old Nurmagomedov told CBS Sports he agrees as he readies to make the third defense of his lightweight title.

“I think so because if you watch on his list of how many fighters [Ferguson] beat, he is the real deal,” Nurmagomedov said. “That’s why I like this fight because it’s a real challenge and a real opponent.

Nurmagomedov’s use of the terms “hope” and “finally” center around the fact that this marks the fifth time since 2015 that UFC has attempted to book the matchup until injuries, illness and bizarre circumstances canceled the fight each time.

The most recent cancellation occurred prior to UFC 223 in 2018, nearly two years to the day before they are scheduled to meet again in the same Barclays Center arena. Ferguson, 36, tripped on a cable while working television promotion for the fight and badly injured his knee, forcing UFC to strip him of his interim title.

Ferguson came back in almost record time and has recorded stoppage wins over Anthony Pettis and Donald Cerrone to reclaim his standing as the No. 1 contender. Given Ferguson’s resume and danger as a high-volume striker with a strong submission game, many believe Nurmagomedov can take one step closer to MMA immortality with a win while further fueling the idea he might be able to retire unbeaten over the next few years on his own terms.

Despite his incredible unbeaten record and the fact that judges have scored just one round against him in his UFC career, Nurmagomedov claims that entering G.O.A.T. territory is something he isn’t concerned with.

Prompted for one word to describe exactly what his fight with Ferguson will look like after being forced to wait five years to see it finally take place, Nurmagomedov predicted how it would end.

“It’s going to look like I’m focused on the finish,” he said. “I’m going to finish him in the second or third round.”