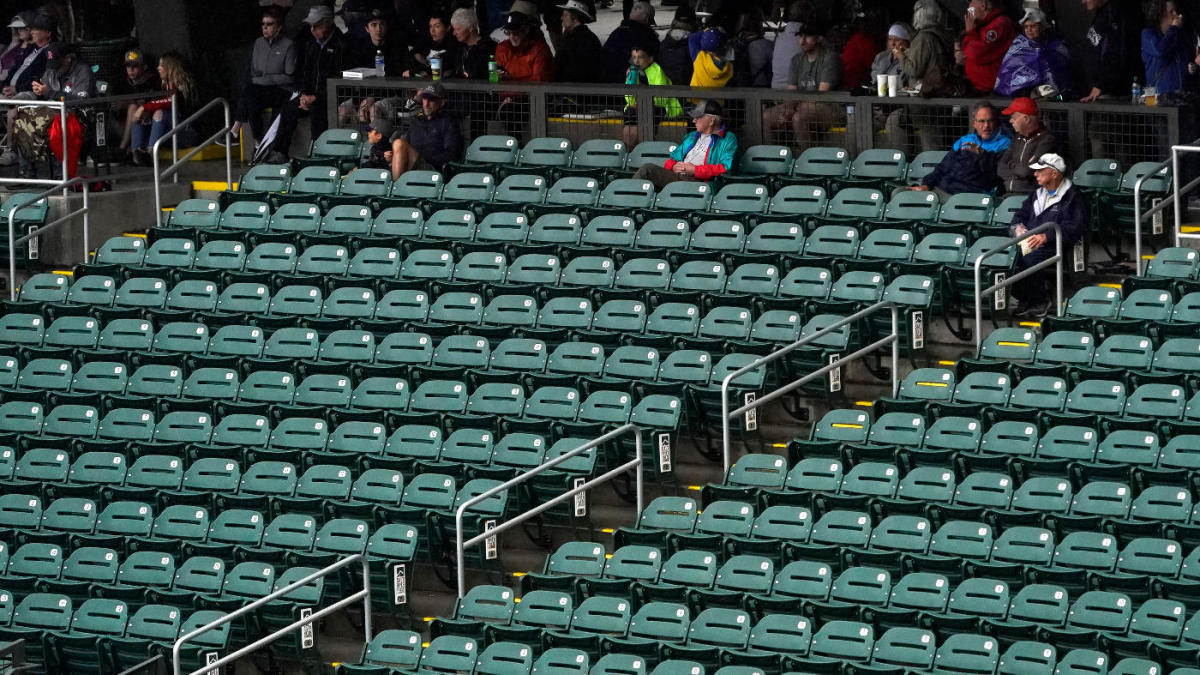 “There are things bigger than baseball and this is something that we need to take very seriously,” Cubs star Kris Bryant told The Athletic’s Patrick Mooney on Wednesday. “Baseball’s in a different spot just because we haven’t actually started our season yet, so MLB and everybody can really nail this. I don’t know what’s on the table — no fans, delay the season. I just think people’s safety is the utmost importance right now.”We are not waiting for a thunderstorm to pass through. COVID-19 cares not for a defiant stance. The virus is spreading and while I would miss baseball dearly, continuing to play is irresponsible. It was only Wednesday afternoon that the NBA was talking about playing games without fans. Now the season is suspended. The situation escalated very quickly.That has to change. Major League Baseball has a responsibility to protect its fans and the public at large, and it’s time to suspend spring training and postpone the start of the regular season indefinitely, effective immediately.Playing without fans is a half-measure. That still puts a lot of people at risk. Playing games at alternate sites is not a good solution because the virus is almost certainly more widespread than we know, and even if immunity zones do actually exist, bringing people there risks spreading the virus. The only good solution is not playing. It’s best for the players, the fans, stadium workers, everyone.ESPN’s Jeff Passan reports MLB has a conference call scheduled for Friday to discuss the COVID-19 pandemic, but given the rate of the outbreak and growing panic around the country, Friday is too far away. This is not a can to kick down the road. The NBA (and NHL) is currently in the middle of the postseason push as it nears the end of its regular season. The suspension comes at an unfortunate time for the league, but it is necessary. MLB is in a much better position. The season has not started yet and MLB can easily shut down, and resume with an abbreviated schedule when appropriate.Wednesday night, the NBA announced it is suspending its regular season indefinitely after Utah Jazz All-Star Rudy Gobert tested positive for COVID-19. Earlier in the day the NCAA announced all March Madness games will be played without spectators in an effort to contain the virus. COVID-19 is responsible for more than 4,600 deaths worldwide, according to Worldometer.  Right now it feels like MLB is waiting for someone to tell them to shut down. They’ve shown little interest in making that call on their own. MLB remains happy to charge admission and allow fans to sit on top of each other in spring training and it’s dangerous. With any luck, the NBA’s decision will push MLB and other entities with public gatherings to shut down until COVID-19 is contained.While all that happened, spring training games with thousands of fans in the stands — children and elderly surely among them — were being played in Arizona and Florida. Three spring games were ongoing when the NBA announced it is suspending its season. To date, MLB‘s only preventive measures have been revising autograph policies and kicking the media out of the clubhouse. On Wednesday alone Washington state banned public gatherings of at least 250 people, forcing the Mariners to find an alternative for their first two regular season home series. San Francisco and Oakland both banned public gatherings of at least 1,000 people, affecting the Giants and Athletics. Other cities and states have made similar recommendations and more will surely do the same in the coming hours and days.