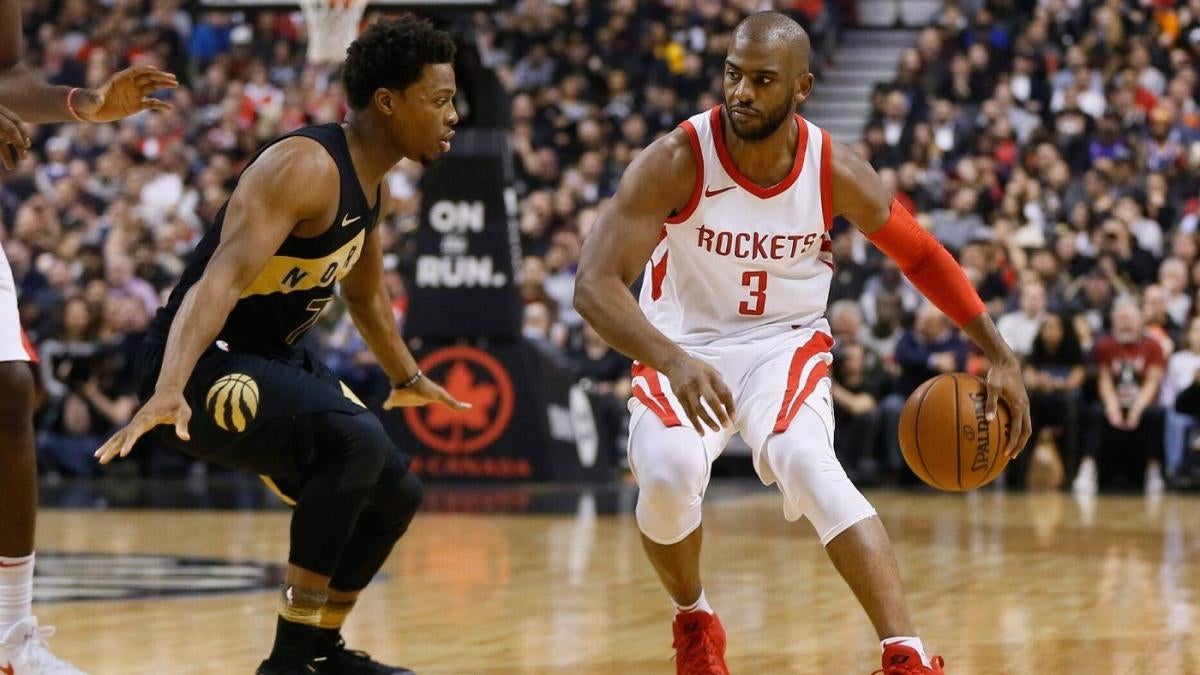 When the Oklahoma City Thunder, already having traded Paul George to the Los Angeles Clippers, decided to trade Russell Westbrook to the Houston Rockets this past summer, it was supposed to be something of a tank concession: Load up on young players and draft picks and buckle up for a bunch of losses in the near term.

Chris Paul had other ideas.

After kicking the tires on a subsequent trade for Paul, whose contract at the time was regarded as something close to a negative asset, the reality of OKC being stuck with Paul set in. Eight months later, the Thunder are in range of a top-four playoff seed and Paul is angling toward an All-NBA nod.

Paul’s Eastern Conference clone, in so many ways, is Kyle Lowry: An undersized, tough-as-nails point guard having a spectacular season for a Toronto Raptors team that was left for dead in the wake of losing Kawhi Leonard. Entering play on Tuesday, Toronto holds the East’s No. 2 seed while Lowry could very well be Paul’s main competition for the final third-team All-NBA guard spot.

If votes were cast today, the first-team guards would almost certainly be James Harden and Luka Doncic, with Westbrook and Damian Lillard probably locked into the second-team spots. Paul, Lowry and the Atlanta Hawks’ Trae Young are probably the top three candidates for two third-team spots.

Whether Paul and Lowry both get the nod or just one of them, or by some chance neither of them, their respective seasons have already written a cautionary tale for those looking to prematurely write off aging stars. With Lowry, I was guilty of it myself. When Leonard left, I figured a Raptors fire sale was inevitable. When they signed Lowry to a one-year, $31 million extension, I thought it was a maneuver aimed at (hopefully) upping Lowry’s trade value by virtue of his being locked up until the summer of 2021. Marc Gasol? Serge Ibaka? I presumed those guys would be gone, too.

But here the Raptors are, fully intact — sans Leonard — winners of 21 of their last 25 games and one of just three teams to have already clinched a playoff spot. Lowry, as usual, is at the heart of it all. Entering play on Tuesday, Lowry is averaging 19.7 points, 7.7 assists and 4.8 rebounds per game. Those are all top-three marks for his career.

He’s also shooting a career-high 86 percent from the free-throw line, where he’s getting almost twice as many times per game as he did last season. Lowry is also shooting more 3-pointers than ever, and as such, his 120.2 points per 100 shot attempts ranks in the 87th percentile among guards and represents the third-most efficient mark of his career, per Cleaning the Glass.

Lowry’s efficiency skyrockets when it counts most. Entering Tuesday, he’s shooting 48 percent from the field, including 44 percent from beyond the arc, in clutch situations, per NBA.com. He’s also scored 94 total clutch points, tops on the Raptors and just two shy of the great Damian Lillard, who has developed something of a superhero reputation in the clutch.

Paul, meanwhile, leads the league with 144 total clutch points this season, and he’s shooting 53.4 percent from the field in those situations. That’s the fifth-highest clutch shooting percentage in the league among guard who’ve attempted at least 40 shots in such situations. The No. 1 clutch shooting percentage among guard belongs to Paul’s OKC teammate, Shai Gilgeous-Alexander, at 57.4 percent entering Tuesday.

Add it up, and the Thunder’s league-leading 29 clutch wins (defined as games that were within five points at any point in the final five minutes) comes as no surprise. And it’s not just the numbers. Paul, as has always been his trademark, has made so many winning plays this season, particularly in the most high-leverage situations.

On Sunday, Paul finished with 28 points, seven assists and six rebounds in a road win over Boston, but it was a play he helped make that won’t show up in any box score that won the game. With 13.8 seconds remaining, the Thunder were trailing Boston 104-103. By now this video has made the rounds, but if you haven’t seen it, watch Paul, at 34 years old, cut off one of the fastest players in the world in Kemba Walker, which forces Walker to reverse course and turn right back into Dennis Schroder, who gets the steal and eventual game-winning basket.

Again, Schroder will get the steal and the bucket in the stat sheet. But Paul made that play happen. And Boston still had a chance to win the game on the other end, but again Paul was up to the challenge, refusing to give an inch in a one-on-one post matchup with Jayson Tatum, who has eight inches on him. Paul holds his ground against the backdown, swipes down at the ball which interrupts Tatum’s upstroke, then contests the shot on the release.

Again, other than deep in the annals of NBA matchup data, you won’t find traditional statistical recognition of that play, but let’s just say there’s a reason the Thunder are plus-106 during Paul’s clutch minutes this season, which is the third-best mark in the league behind only his teammates Gilgeous-Alexander and Schroder.

Everything that Paul brings to a basketball game has bled into his teammates. This is one of the more connected teams in the league. Impossible as it seems, the Thunder, who, again, were supposed to be tanking, are actually ahead of the Rockets, who traded for Westbrook with championship intentions.

These are remarkable stories happening in Oklahoma City and Toronto. Nick Nurse is likely the frontrunner for Coach of the Year, and Billy Donovan isn’t far behind. Schroder could win Sixth Man of the Year. Gilgeous-Alexander is a star in the making. Pascal Siakam is an All-Star vying for his own All-NBA nod. But so much of this is about Paul and Lowry, who remain consummate point guards in an era increasingly devoid of positional designations. There is still value in floor generals. The Raptors are Lowry’s team. OKC is Paul’s team. And neither of them should’ve ever been doubted.