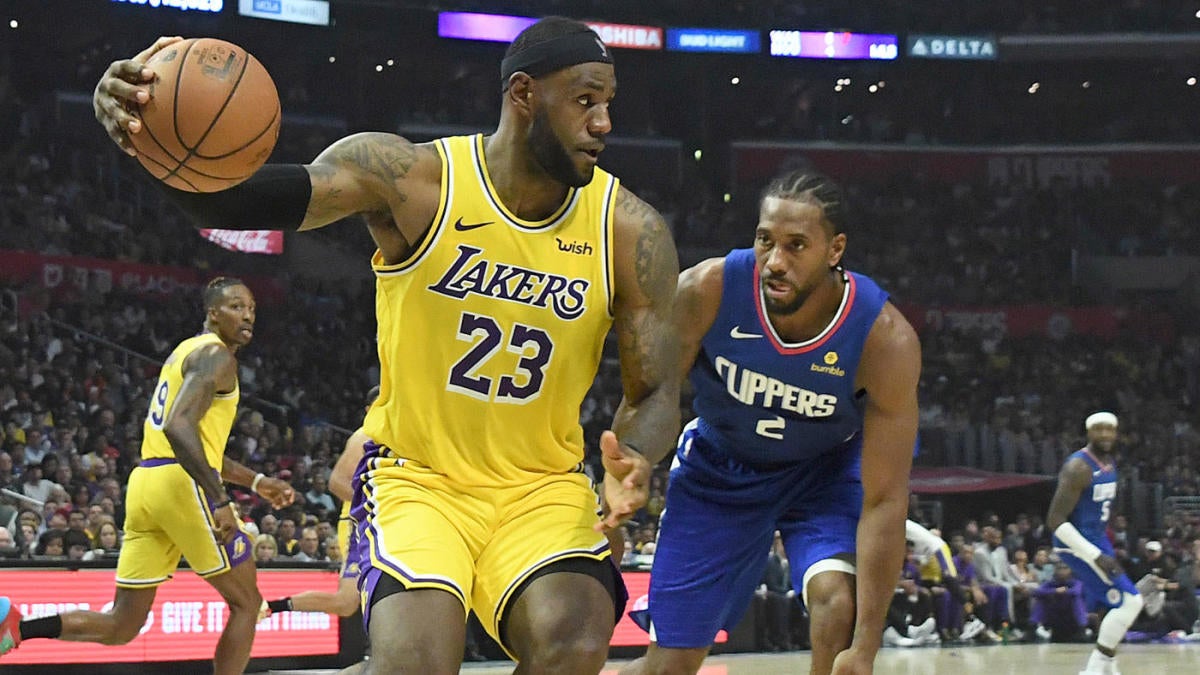 Both Los Angeles NBA franchises made major moves over the offseason. The Lakers added Anthony Davis via trade while the Clippers landed Kawhi Leonard and Paul George. The result? Both Los Angeles franchises are legitimate title contenders at the same time for the first time since, well, ever. The Lakers and Clippers have never met in the postseason before, but this could finally be the year, and Sunday afternoon’s matchup could be a potential Western Conference Finals preview.

The Lakers and Clippers are first and second, respectively, in the West heading into Sunday’s contest, which will be a great late season measuring stick for both squads. The two teams have already met twice this season, on opening night and on Christmas Day, and the Clippers won both games. Thus, they will be able to clinch the season series over their crosstown rival with a win on Sunday. This was originally scheduled to be their final meeting of the season, but their late January matchup was postponed following the death of Kobe Bryant and rescheduled for April 9. With that said, here’s everything you need to know about the third regular season meeting between the Lakers and Clippers.

Lakers: After a shocking 17-point loss to the Memphis Grizzlies last week, the Lakers responded with wins over the Pelicans and 76ers, and then a statement win over the Milwaukee Bucks on Friday night, Thanks to strong performances by LeBron James and Anthony Davis. Still, though, the Lakers have struggled to find consistent production from anyone outside of their top two players all season. We knew this would be an incredibly top-heavy team, but not to the point where the next leading scorer behind Davis and LeBron is Kyle Kuzma with 12.5 points per game.

In an attempt to change that, the Lakers recently signed Dion Waiters who is known to catch fire at a moment’s notice. The only caveat with that, though, is that Waiters is stumbling into Los Angeles after being suspended several times by the Miami Heat this season and being cut by the Memphis Grizzlies. Perhaps he can take advantage of this second chance the Lakers are giving him because if he’s able to muster up a fraction of the years in Miami where he was averaging 14 points a game, that would greatly improve the depth issue the Lakers have.

Clippers: At this point in the season for the Clippers it’s all about health. They’ve been virtually unstoppable on the year when they’ve had their full roster, but the problem is that it hasn’t been very often. With just a few weeks remaining in the regular season, they have to hope that they can finally begin to get some consistency in that regard. Otherwise, the Clippers are extremely deep, and finding the right rotation for postseason play is another task for head coach Doc Rivers.

As said above, this game comes down to the supporting cast, and the Clippers are simply superior in that regard, as they are arguably the league’s deepest team. The Clippers have bested the Lakers in each of the other two meetings on the season, and unless James goes off for 50 (which is unlikely, albeit not completely impossible with the way he’s been playing), this one won’t be different.  Pick: Clippers -2.5