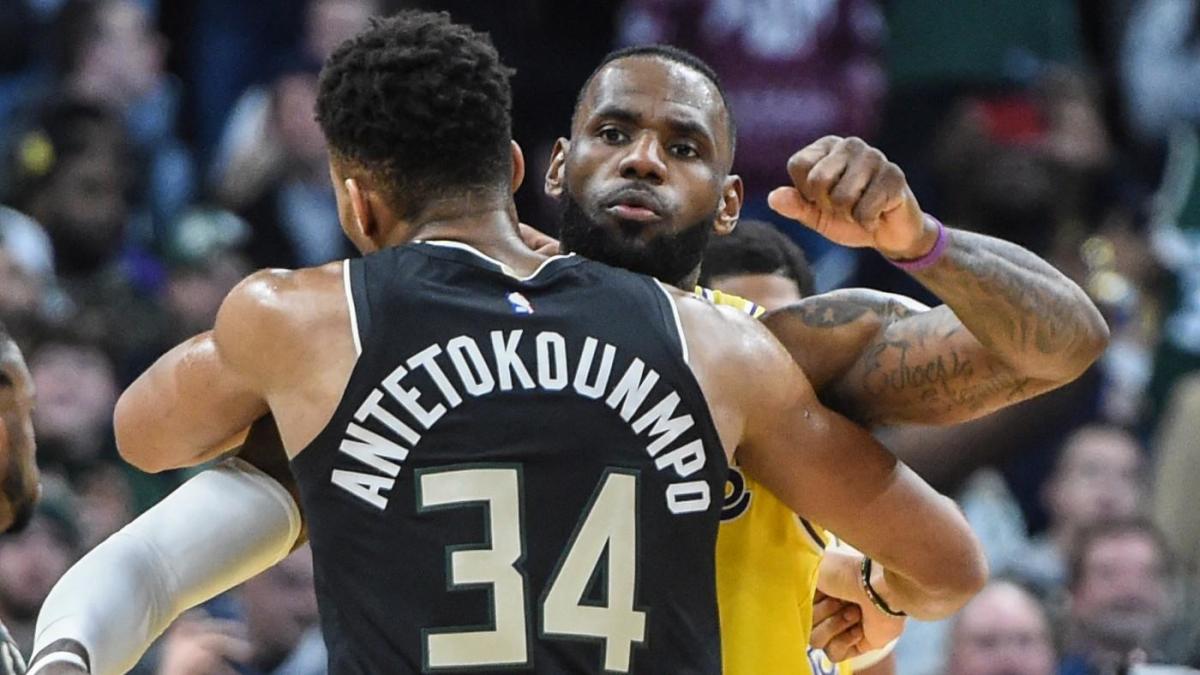 Who’s ready to get their weekend started right? Mine is already off to a bit of an exciting start. Long story short, I saw two gentlemen fighting in the middle of a busy Chicago intersection. Well, “fighting” might be a bit generous. It looked more like they were vigorously hugging with malicious intent.

I may or may not have accidentally run over one of their hats as it was lying in the street. I didn’t look back to check because I had places to be.

Hopefully, tonight’s NBA action will be a bit more exciting than the angry hug fest, though not these three games below. I hope these are all easy covers. All odds via William Hill Sportsbook.

It’s a potential NBA Finals preview at the Staples Center tonight, and I expect both teams to bring that kind of intensity to the game. That means the defensive effort from both squads might be turned up a notch or two from what you’d typically expect from NBA teams in early March. The only other meeting between these two took place in Milwaukee in December and saw them finish 12 points below a 227 point total. I’m expecting a similar output on Friday night.

DFS millionaire Mike McClure saw multiple huge cashes again early in the 2019-20 NBA season and got 2020 off to a blistering start with his optimal lineup returning at least 7x on DraftKings on three of the first five days of the year. See tonight’s picks only at SportsLine.

The Spurs have been better on the road against the number than on the road straight up. They’re 10-20 on the road this season, though they did just beat Charlotte on the road in their last game out. And that’s important here because now is when I tell you that the Spurs are 8-17 ATS the game after a win this season. That win came three days ago, and the Spurs are also 3-7 ATS when they’ve had two or three days off between games. On the road against a Nets team that has performed much better at home than on the road (a plus-1.1 point differential compared to minus-3.1), I like the Nets to get the win and the cover.

SportsLine pro football analyst R.J. White has absolutely nailed the XFL, going 14-2 ATS over the league’s first four weeks. You can see all his picks for Week 5 only at SportsLine.

There’s a lot of uncertainty around the Mavs heading into Friday night. Luka Doncic is already dealing with a sprained thumb but is now dealing with an illness of some kind, as he missed practice on Thursday. He’s questionable to play tonight, as are fellow Mavericks J.J. Barea, Dorian Finney-Smith and Tim Hardaway Jr. The Grizzlies, meanwhile, have played well lately, winning three straight, and I like their chances of covering a large number against a Dallas team that is only 12-16-1 ATS as a home favorite this season.

SportsLine MMA analyst Kyle Marley is up more than $18.000 in the past year on his MMA selections. He just released his predictions for Saturday’s UFC 248 card, and you can check them all out over at SportsLine.