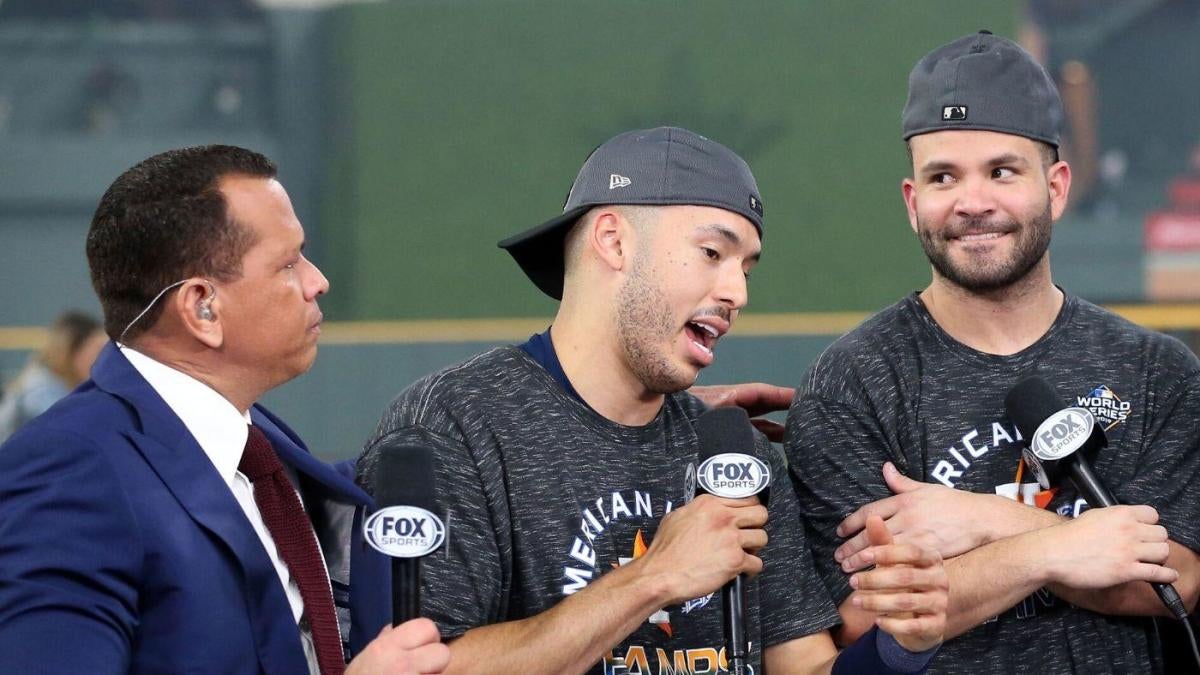 The Houston Astros are holding a Championship Weekend this upcoming season to reveal their ALCS pennant, and shockingly, it is not being well received by baseball fans. The team announced in a press release that the weekend will take place from Thursday March 26 to Sunday, March 29. It will start with the team presenting the ALCS pennant on Thursday and continue on Friday with a ring ceremony, where fans in attendance will take home a replica ALCS Trophy. On Saturday, when Justin Verlander and Yordan Alvarez are presented with their Cy Young and Rookie of the Year awards, respectively, fans will receive American League Champions replica rings. To close out the weekend, Alex Bregman, Zack Greinke and George Springer will get their Silver Slugger awards and Greinke will be presented his Gold Glove award as fans take home a Jose Altuve MVP Bobblehead. No word yet on if that bobblehead will feature a collar tattoo or buzzer.Remember those replica rings I talked about above? Here’s an exclusive first look.If anything, at least Championship Weekend will bring us more jokes and memes. I’m going out on a limb here and saying there will be a few cringeworthy moments as well. The Knicks might have something to say about this one.And here is the Altuve bobblehead.When Championship Weekend was announced, Twitter took it and ran with it. Here are some of the best reactions:It doesn’t stop there. There was even more for the anti-Astros community to pick apart as the press release continued. Friday night will feature fireworks, but they will take place after the game. So no, the fireworks are not a new way to alert batters to what pitch is coming (One firework = fastball?)Altuve insists he is innocent in regards to BuzzerGate, but that isn’t stopping fans from bringing it up every chance they get. The pregame ceremonies include a drum performance, but the drums are trash cans.The computer monitor is the real MVP.Houston’s new mascot.Replica trash can day is the week after.Now that we got all that out of the way, let’s get to the jokes. They are not.”If you ain’t first, you’re last.” Or in this case, if you ain’t first you have a four day celebration for your team.Opposing fans in attendance are likely to make themselves known and if it’s anything like it has been, with boos and mocking shouts of pitches coming in, this is going to be good. My guess is a few signs will be stolen that day…. I mean regarding Astros security taking them away from opposing fans, of course.