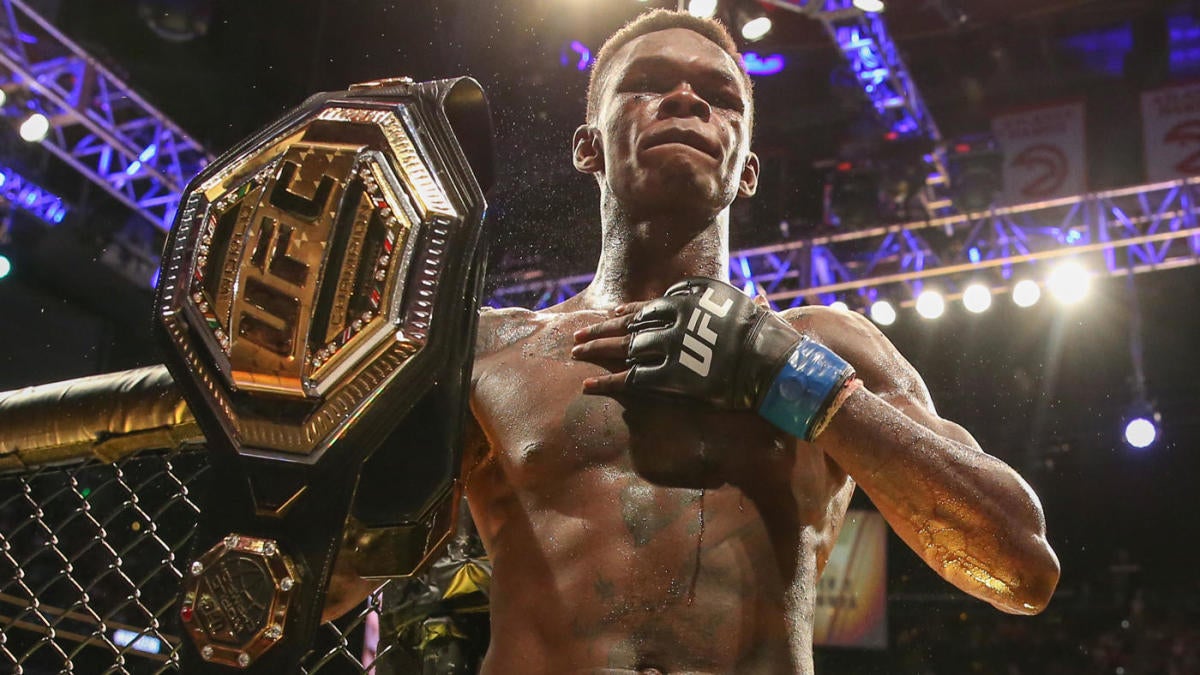 If all-action title bouts are your preference, UFC 248 has a pair of them atop the marquee on Saturday from T-Mobile Arena in Las Vegas.

Israel Adesanya makes the first defense of his middleweight title in the main event when he faces the always dangerous Yoel Romero. Women’s strawweight champion Weili Zhang does the same when she faces former champion Joanna Jedrzejczyk in the co-main event.

Before these combatants touch gloves this weekend, let’s take a closer look at the key storylines heading in.

1. Just how great can Adesanya be? We are going to find out pretty quickly thanks to the boldness of “The Last Stylebender.” After top contender Paulo Costa went down with an injury following his bout with Romero, Adesanya did the one thing seemingly no one willingly should: go out of their way to secure a fight with Romero when it was easily avoidable. Despite his age and recent record (losing three of four), Romero resides on the short list of most dangerous fighters the sport has to offer. Adesanya’s willingness to prove, two years after his UFC debut, that he’s on the road to building something truly special can only be applauded with great reverence. Adesanya isn’t afraid to roll the dice against a fighter who makes opponents different people after facing him. Former champion Robert Whittaker was never the same in terms of health after going 10 rounds against Romero over a two-year span. This is high risk with an even higher reward.

2. Romero’s latest (and likely last) shot at UFC gold. The recent title history of the 42-year-old “Soldier of God” has been a complicated one. He has seemingly done just as much to halt his own progress (having missed weight in consecutive title fights) as he has consistently coming up on the wrong side of very close decisions. There’s certainly an argument to be made that Romero has never truly lost inside the Octagon given the disputed nature of his two fights with Whittaker (particularly their 2018 rematch) and his fight-of-the-year contender against the unbeaten Costa last August. Either way, Romero getting yet another title chance was anything but expected. Yet there’s still time for the explosive southpaw and Cuban Olympic silver medalist to max out his bright potential by hoisting a title. Romero is a physical freak of nature who simply can’t be explained. Somehow he has only gotten better with age and might actually be operating within his prime despite how absurd that statement seems given his age. His UFC journey has been just as destructive as it has been unorthodox. None of that will matter, however, if Romero can finish Adesanya and turn the division upside down.

3. Is it too early to predict Adesanya-Romero will be the fight of the year? For all the talk about what a victory would mean to both the division and their respective careers, let’s not look past the gift Adesanya has given UFC fans by showing the chutzpah to willingly seek warfare with such a dangerous foe. Because if it’s warfare you want, there’s literally no one better than Romero at delivering it. Adesanya’s five-round slugfest with Kelvin Gastelum last April was a virtually unanimous choice as 2019’s best fight. This one has fans and pundits alike licking their lips with even more lust for the violent possibilities of what happens after they touch gloves. Yes, you can argue that the April 18 lightweight title clash between Khabib Nurmagomedov and Tony Ferguson, from an on-paper standpoint, is one of the best fights UFC has ever booked and maybe the best hard-core fight that can be made in all of combat sports. Adesanya-Romero may not have the same history as that fight after UFC has unsuccessfully attempted to make it on four occasions. It’s just as sexy, however. Just bleed, indeed.

4. Jedrzejczyk chases history, redemption in pursuit to reclaim title. It has been more than two years since the nickname “Joanna Champion” was an apt description for the former women’s strawweight queen from Poland. But Jedrzejczyk returns with a new attitude and resolve against such a dangerous rising star in China’s Zhang. Jedrzejczyk was one title defense away from tying Ronda Rousey’s female UFC record when she was knocked out by Rose Namajunas in their first meeting at UFC 217. What happened next was a humbling personal journey that saw her overhaul her inner circle and rededicate herself to her craft. Last year’s convincing win over Michelle Waterson was a reminder of her greatness as the greatest 115-pound fighter in history. Now, she’s on the door step of becoming the first female UFC fighter to regain her championship amid a storyline that would catapult her reputation from a legacy standpoint.

5. There’s no easy road for Weili Zhang’s journey to stardom. Considering UFC’s financial stake in growing its brand in China through the creation of a second state-of-the-art Performance Institute, the promotion couldn’t have asked for a better result in 2019 than Zhang knocking out Jessica Andrade on home soil to become the Octagon’s first Chinese world champion. True to UFC’s history, however, Zhang never received an easy stay-busy fight for the purpose of milking the potential of her brand. The promotion slotted her first title defense against the former champion Jedrzejczyk in what will be Zhang’s first foray into five-round championship territory against a fighter with a near legendary gas tank. While the explosive Zhang is the rightful betting favorite, this is a sink-or-swim fight for her future as a very key asset in UFC’s future business in Asia. A victory could catapult the 30-year-old, who hasn’t lost since her 2003 pro debut, into a whole new level of stardom given the China’s immense population.