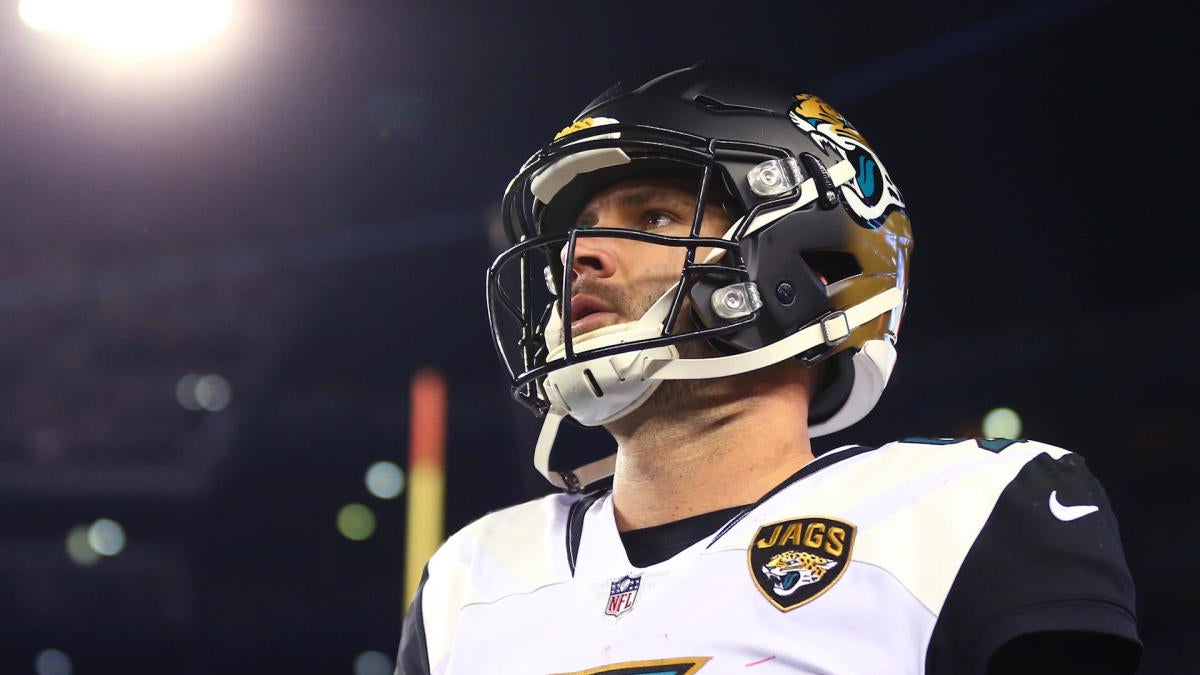 Just more than two years separated from one of the most aberrational runs in recent NFL history, the Jacksonville Jaguars are nearly unrecognizable. And the wounds have mostly been self-inflicted.

The 2017 Jaguars that were within a play of Super Bowl LII are now spread out across the NFL, or at least looking for a way out in another’s case. The post-combine week began with news that pass rusher Yannick Ngakoue would seek employment elsewhere, though the Jags are sure to tag him. And Tuesday afternoon, Jacksonville agreed to a deal that will send cornerback A.J. Bouye to Denver for a fourth-round pick.

That second-ranked defense couldn’t stay together forever, and the unit was doomed to fail the longer Blake Bortles started at quarterback for the team. The three-year contract extension to Bortles was a mistake following the 2018 season, it’s still a mistake today, and that decision set the course for where the Jaguars are today.

Rather than doing a true evaluation of the position, Jacksonville decided to reward Bortles for a season in which he had 10 regular-season games where he accounted for one or zero touchdowns. The three-year, $54 million contract looked terrible when the team went two months between victories in the middle of the 2018 season, and the Jags couldn’t wait to get out of from under it, even if that meant $16.5 million in dead cap space in 2019.

Couple that with Jacksonville doing the only thing it could and signing free agent Nick Foles to a four-year, $88 million deal last offseason, and the Jags’ purse strings were as tight as could be.

Add to the mix the hardball, fine-you-for-anything nature of Tom Coughlin and the Jags culture suffered throughout last season. That has obviously bled into this offseason as Ngakoue continues to look for a way out.

To be fair, the sky is not falling in Duval. Coughlin got his walking papers after the NFLPA publicly embarrassed the two-time Super Bowl-winning coach and forced Khan to do the only logical thing and fire him.

To get two first-round picks — and not settle for a first and a second, for example — for Ramsey was a win. To get a fourth-round pick for Bouye when they were going to cut him later this month is also a victory.

The team has two starting-caliber quarterbacks in Foles and Gardner Minshew when some teams don’t even have one single viable starter who’s healthy. They’re aren’t in a terrible cap situation right now with upwards of $30 million in space, though that will worsen once the tag is extended to Ngakoue.

Khan could come to regret his decision to keep this staff intact with the bevy of picks in 2020, especially if the season begins slowly. When deciding to retain general manager Dave Caldwell and head coach Doug Marrone into 2020, Khan expressed the desire to compete for a postseason berth this year. That will hang like the Sword of Damocles over the two men this fall.

This week’s news with the Jags puts no fewer than three things into focus for me in the coming months:

1. Any non-quarterback is fair game in the draft at No. 9.

There are needs across the board, and the cliché “best player available” should apply here.

2. The team can trade Foles.

Cutting Foles isn’t an option, and the Jags are prepared to go into camp with the two quarterbacks. But the quarterback carousel is about to begin in the NFL, and what happens when a team in the Tom Brady sweepstakes misses out? Or, what if, after Brady goes back to New England and Teddy Bridgewater is scooped up, teams decide Foles is the next-best option over declining Philip Rivers?

As my colleague Sean Wagner-McGough notes, the Jags could trade Foles (and some of that draft capital) in a salary dump with a team that can take it on. The flush-with-cap-space Colts team comes to mind there if the Rivers pairing never works out.

3. Calais Campbell should be safe.

The Jags would save $15 million in cap space if they cut the defensive end before his age-34 season, but that would be unwise for any number of reasons off the field.

Campbell just earned the NFL Walter Payton Man of the Year award. He’s beloved in the locker room and in the Jacksonville community at large. The Jags have already shipped two of their home games to London for this upcoming season. The franchise has one playoff appearance in a dozen years.

Releasing Campbell is, to me, unthinkable at this point. The Jaguars cannot send yet another message to their fans that they don’t care about them.

A series of errors over years have the Jaguars floating in the worst place you can be: football purgatory. The events of the next two months will either pull them out of keep them there.