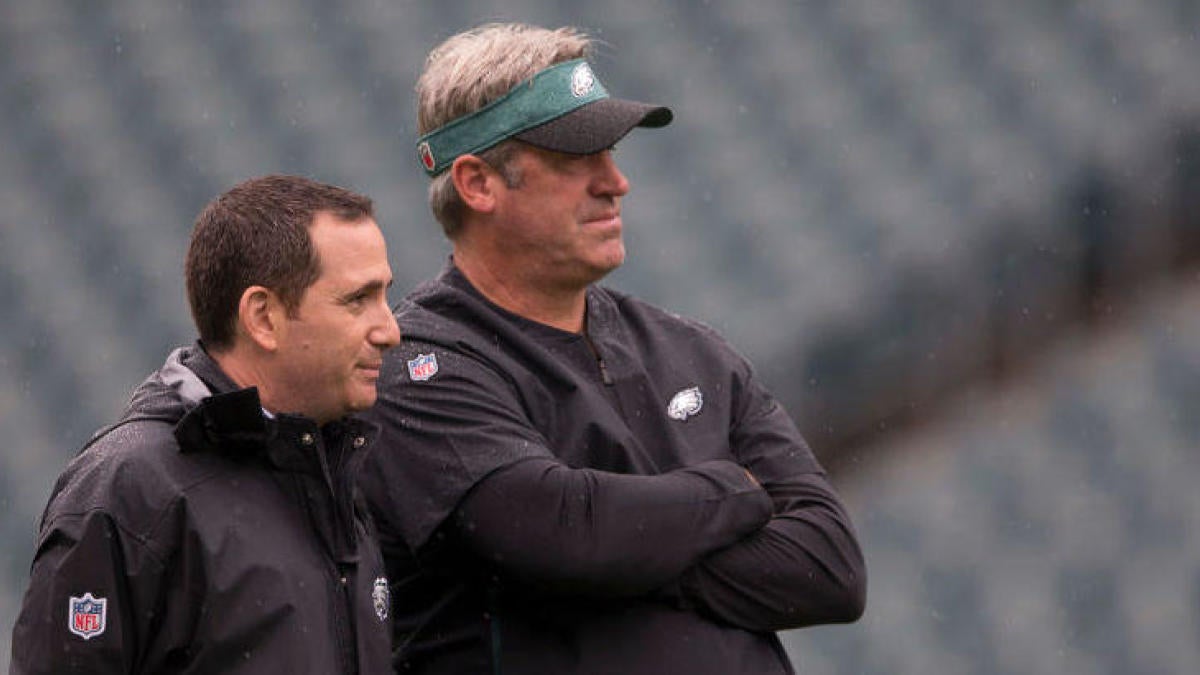 If recent history has taught us anything, the Philadelphia Eagles will once again capture the limelight during the 2020 offseason in more ways than one. General manager Howie Roseman may not have been capable of getting the Birds back to the Super Bowl the last two years, but if he’s good for anything, it’s spicing up a roster, which makes the draft and free agency annually anticipated events for Eagles faithful. Former colleague Andrew Berry, now running the Cleveland Browns‘ front office, just this week called Roseman the “strongest wheeler-dealer in the league,” and history confirms that designation: The Eagles are consistently among the most aggressive, or at least proactive, franchises when it comes to roster and salary management.

With that being said, the 2020 offseason figures to be no exception to some headlining Eagles shuffling. Core pieces like Carson Wentz, Zach Ertz, Lane Johnson and Fletcher Cox are all locked up for the foreseeable future — so much so that Philly doesn’t have really any need to shed veteran salary ahead of free agency’s March 18 kickoff. But a year after the Eagles sorely lacked in healthy weapons and failed to advance in the postseason, Roseman seems intent on giving Doug Pederson’s lineup a face-lift, referencing the club’s 2016 and 2017 prioritization of long-term, top-of-the-market additions as a blueprint for what’s ahead.

All that said, this hub will serve as a go-to spot for everything Eagles related during the busy stretch to come. We’ll have all the important dates, free agency scorecards, draft content, the latest rumors and news out of Philadelphia, and much more:

Restricted free agents must be tendered in order to remain on the roster. The Eagles can assign a number of different tenders (original-round, first-round, second-round, etc.). Each tender comes with a higher 2020 salary, which are TBD by the NFL.

* = Exclusive rights free agent. If tendered, ERFAs cannot negotiate with other teams; they can either sign with the tendering team or sit out the season.

You don’t have to look hard to find notable names on this list. No matter how you slice it, the Eagles are going to be saying farewell to a handful of key contributors from their 2017 Super Bowl run. Thing is, they’re probably OK losing most of them. Sproles has already said he’ll retire, Agholor has worn out his welcome despite an underrated ’17 campaign, Peters’ successor (Andre Dillard) is already in the building, Darby has almost never been healthy, and McLeod could be a justified departure in the event Malcolm Jenkins gets a new deal and/or the Eagles explore a relatively deep free agent S class.

The safest bet to return from the Eagles’ own FAs is probably Mills, who’d be a borderline No. 2 CB for most NFL teams but remains a feisty favorite of coordinator Jim Schwartz. Pederson said at the combine he’d love to have Peters back, but any reunion might be delayed a la Sproles waiting to re-sign until summer in 2019. Agholor, Vaitai, Darby and McLeod shouldn’t have trouble netting interest elsewhere — the first three in part because of the positions they play; McLeod because he’s quietly been a rock-solid starter for years.

Free agent signings for players cut by other teams

Note: Players who are signed after being released by another team (rather than entering free agency unsigned) do not count in the compensatory draft pick formula for the team who signs them.

Feb. 28: According to ESPN’s Tim McManus, all signs point to the Eagles “going hard after a top-end cornerback” as soon as free agency opens, with the Cowboys’ Byron Jones serving as their likely “Plan A” target. Previous reports had tied Jones to the Eagles, but one thing is clear: Philly is in the market for secondary help.

Feb. 25: Multiple reports have indicated the Eagles prefer to trade Jeffery not only because of his recent on-field issues (injuries, regression) but because of his alleged anonymous criticisms of Wentz and the offense. A number of teams could be interested in absorbing the veteran’s big salary for a swap of picks, including the New York Jets and New York Giants.

Feb. 18: As reported at CBS Sports, Jones figures to become the NFL’s highest-paid player at his position come March 18 with an anticipated annual haul of at least $16 million. Dallas does not intend to get into a bidding war for the defensive back, even if it means Jones staying in the NFC East, where the Eagles, New York Giants and Washington Redskins likely all have lots of interest.

Feb. 18: Two years after inking him to a five-year, $40 million extension, the Eagles released one of their Super Bowl starters, saving an estimated $4.5 million in 2020 cap space in the process. Bradham was a physical presence and former signal-caller for Schwartz’s “D,” but injuries limited his impact in 2019. He could be a candidate to return on a reduced salary later in the offseason.

Feb. 10: The Philadelphia Inquirer’s Jeff McLane reported the Eagles have Robinson, a reserve wide receiver for the Super Bowl champion Kansas City Chiefs, “in their sights” as they hunt for more speed. He would likely represent a mid-tier, low-risk, high-reward option for the club at WR, although if 2019’s pass-catcher market is any indication, his price could be higher than expected.