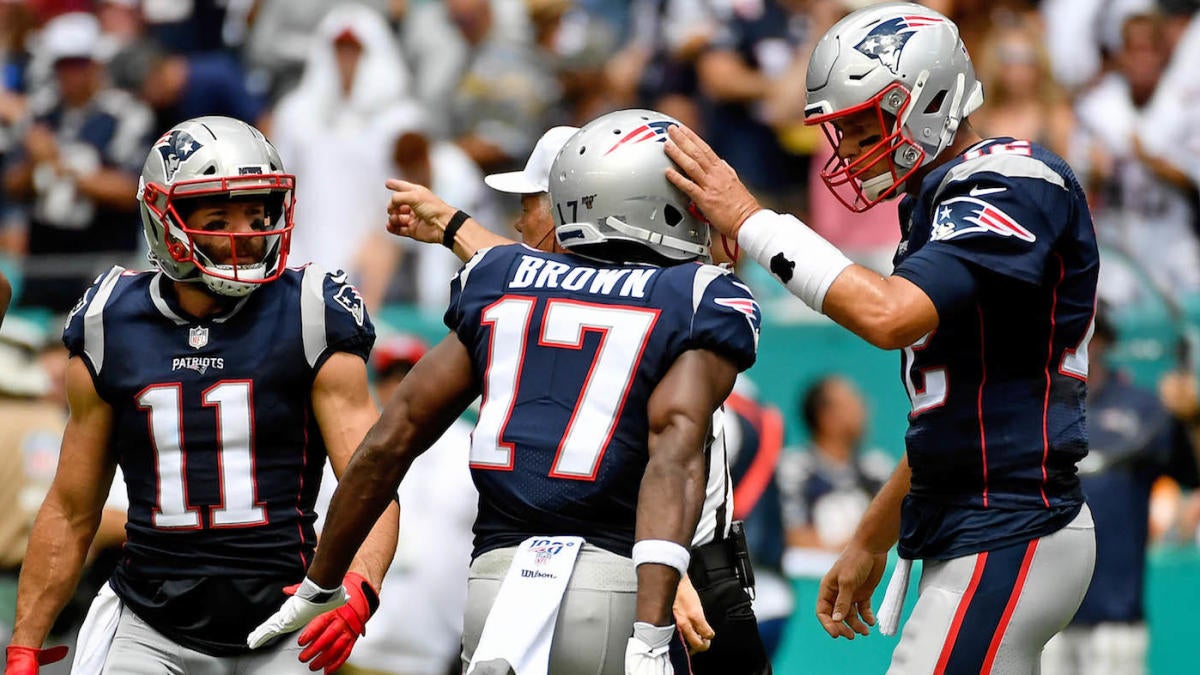 Tom Brady and Antonio Brown’s on-field relationship in New England lasted just one game, but the quarterback is apparently interested in sparking that tandem back up somewhere in 2020. Inside their NFL combine notebook, ESPN’s Dan Graziano and Jeremy Fowler report that two people close to the talented, but troubled wide receiver have noted that Brady says in “consistent contact” with Brown and has told him he wants to play alongside him wherever the quarterback signs this offseason.

Brady, who is in line to officially become an unrestricted free agent on March 18, has reportedly also told Brown to stay in good mental and physical shape so that they can reunite on the field in the near future. As the ESPN report notes, this should be taken with “not a grain but a bucket of salt” when factoring in Brown and his fall from grace in the NFL, which has been well documented. The league is still conducting its investigation into Brown after accusations of sexual assault and sexual misconduct have been brought to light by two different women. With that still out there, the assumption is he’d be placed on the Commissioner’s Exempt List if signed by another club.

Brady and Brown did seem to have an instant connection on the field in their lone game together. In that Week 2 blowout win against the Dolphins in Miami, Brady and Brown connected on four passes for 56 yards and a touchdown. The quarterback also even offered Brown to live with him as he settled into New England. After he was released by the Patriots after allegedly sending intimidating text messages to one of his accusers, it was often highlighted whenever Brady liked various social media posts of Brown as he put out a plea to return to the Patriots or anywhere else in the NFL, which was more than a handful of times throughout the year.  it was also reported at the time that Brady wanted the Patriots to keep Brown, even after the alleged text messaging incident.

CBS Sports NFL insider Jason La Canfora reported back in early December that owner Robert Kraft hadn’t shown any inclination to give the receiver another shot following some disparaging comments Brown made after departing the franchise. That said, if he were to change his mind on the matter, La Canfora reported that players and coaches would welcome him back.

With that in mind, it could be possible that the reunion Brady is seemingly hoping for happens in Foxborough next year. That said, if the Patriots, specifically Kraft, doesn’t want to deal with Brown and another club is willing to bring him aboard, that could make it even more difficult for New England to retain their franchise icon once he hits the open market.