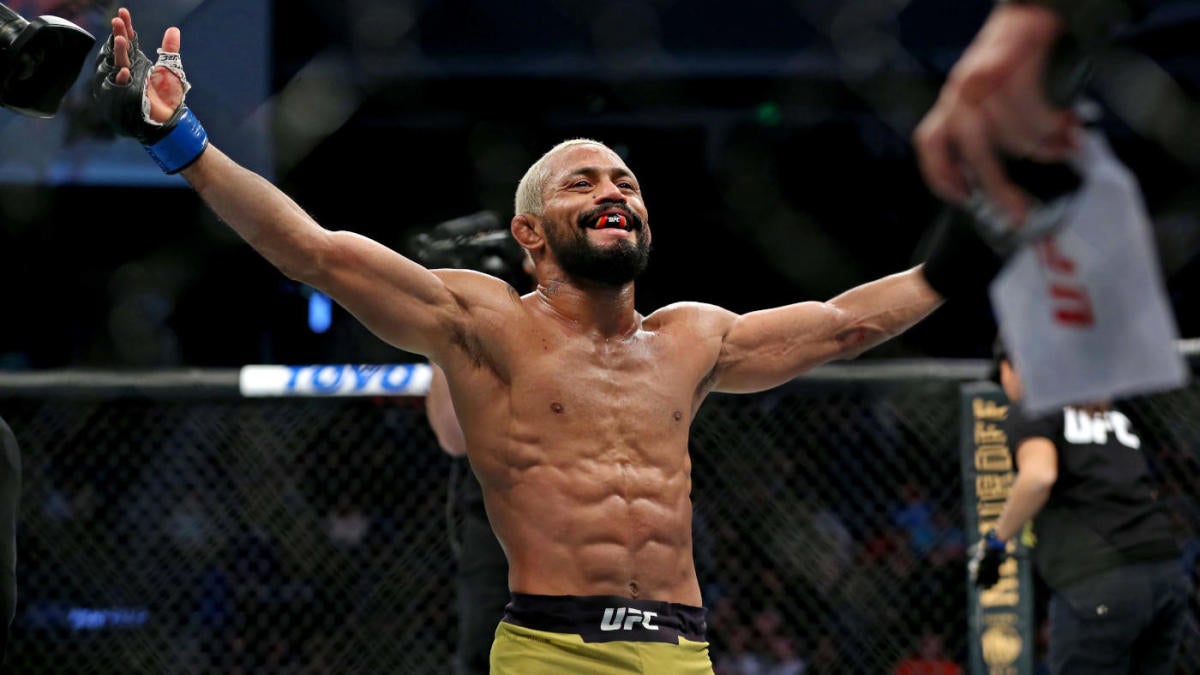 Deiveson Figueiredo threw a big wrench into the UFC’s plans to crown a new flyweight champion when he missed weight for his UFC Fight Night 169 main event battle with Joseph Benavidez. The two men were set to clash for the title vacated by Henry Cejudo when Figueiredo couldn’t successfully execute his weight cut. That left Benavidez as the only man eligible to claim the title when they entered the cage at Chartway Arena in Norfolk, Virginia, on Saturday night. Figueiredo would ultimately score a knockout in the second round, leaving the division without a champion even though he clearly solidified his status as “the man” at 125 pounds.

Figueiredo almost finished things early when he came close to locking in an armbar in the opening moments of the fight. With takedowns not working for Benevidez, the two began to exchange wild power shots on the feet. That paid off well for Benavidez in the late stages of Round 1, but in the second it would prove to be his undoing.

As the wild exchanges continued in Round 2, Benevidez was split open badly after a clash of foreheads. Benavidez raised his hand to wipe at the blood, and Figueiredo unleashed a bomb of a right hand that dropped Benavidez to the canvas. After a few perfunctory shots on the ground, the fight was stopped and Figueiredo scored a huge but ultimately unsatisfying win at the 1:54 mark of Round 2.

With Figueiredo emerging victorious, the belt remains vacant and leaves Figueiredo in a position where he will need to do it all again if he wants to lay claim to being the top flyweight in the game.

“I’m so sorry for not cutting weight,” Figueiredo said after his win. “But I told you, everybody, I was going to give a big show because you guys deserve a big main event. …You know, I’m here to fight. I’m here to fight for the people of the world. The belt is coming. I’m going to be the next UFC flyweight champion. There’s no doubt about it. The next fight, I’m going to get the win and have the belt around my waist.”

The fight was Benavidez’s third shot at capturing the flyweight title, having lost twice to Demetrious Johnson during his dominant run as 125-pound champion. Speaking after the fight, Benavidez was visibly shaken by coming up short once again.

“I feel like this isn’t real right now,” Benavidez said. “I’m in some freaking nightmare, honestly. I had a lot of visions of talking to you after and a lot of things that didn’t happen. I’m lucky to be alive, I guess. I worked my ass off for that and it didn’t go great.”