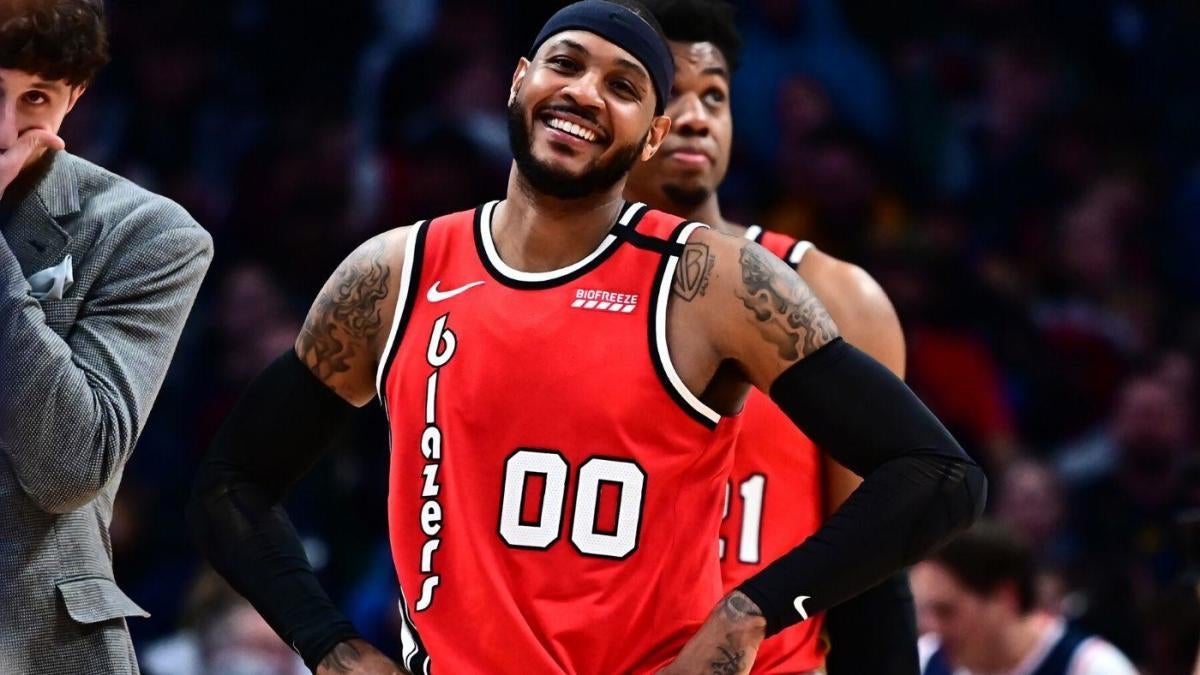 Carmelo Anthony has had a vindicating run with the Portland Trail Blazers since signing with the team in late November, averaging more than 15 points and six rebounds per game on 42-percent shooting, including 36 percent from 3-point range. His defensive holes are still there. He still takes, shall we say, analytically questionable shots, depending on where you fall in that larger conversation. But he can clearly still play, and legitimately produce, as a borderline starting player in the NBA.

Anthony has said he doesn’t intend for this to be his final NBA season. He has also said that when the time does come for him to retire, he would like to do so with the Blazers. It really has been a perfect circumstantial fit for both sides. But the reality is he’s a free agent this summer and anything can happen. In fact, per Marc Berman of the New York Post, the Knicks are expected to be interested in bringing Anthony back to the Big Apple this summer.

These rumors were bound to pop up. We know about Anthony’s history with the Knicks; he played for them for parts of seven seasons. Beyond that, Anthony’s longtime agent, Leon Rose, is set to officially take over as the Knicks’ president of basketball operations. It’s pretty easy to connect the dots here.

Where Anthony plays next season, if at all, will ultimately be up to him. Given how he’s played in his three-plus-month audition with Portland, he could have multiple teams interested in his services. Portland, for its part, will be getting healthy again next season. Jusuf Nurkic, Zach Collins and Rodney Hood will all be ready to roll. If the Blazers were to be interested in retaining Anthony, perhaps it would be in a reduced role, likely off the bench. Would Anthony want that?

Anthony made no secret of the fact that he opposed even the possibility of such a role downshift during his time with the Thunder, and he clearly wasn’t working out in any capacity in his short stint with the Rockets, who moved on from him after 10 games last season. It would still take the right situation for both Anthony and the team to equally benefit from a potential marriage.

The Knicks would make some sense. They are nowhere near contending even for a playoff berth, let alone something more that might represent a level of ambition beyond Anthony’s abilities at this point. In the meantime, as R.J. Barrett and Mitchell Robinson hopefully show signs of growing into foundational pieces, the Knicks need to sell some tickets and engender at least some level of excitement, even if it’s manufactured, for a fan base in desperate need of any reason to show up to the Garden.

This is a long way from happening. But the dots are there to be connected. We’ll see how it plays out.