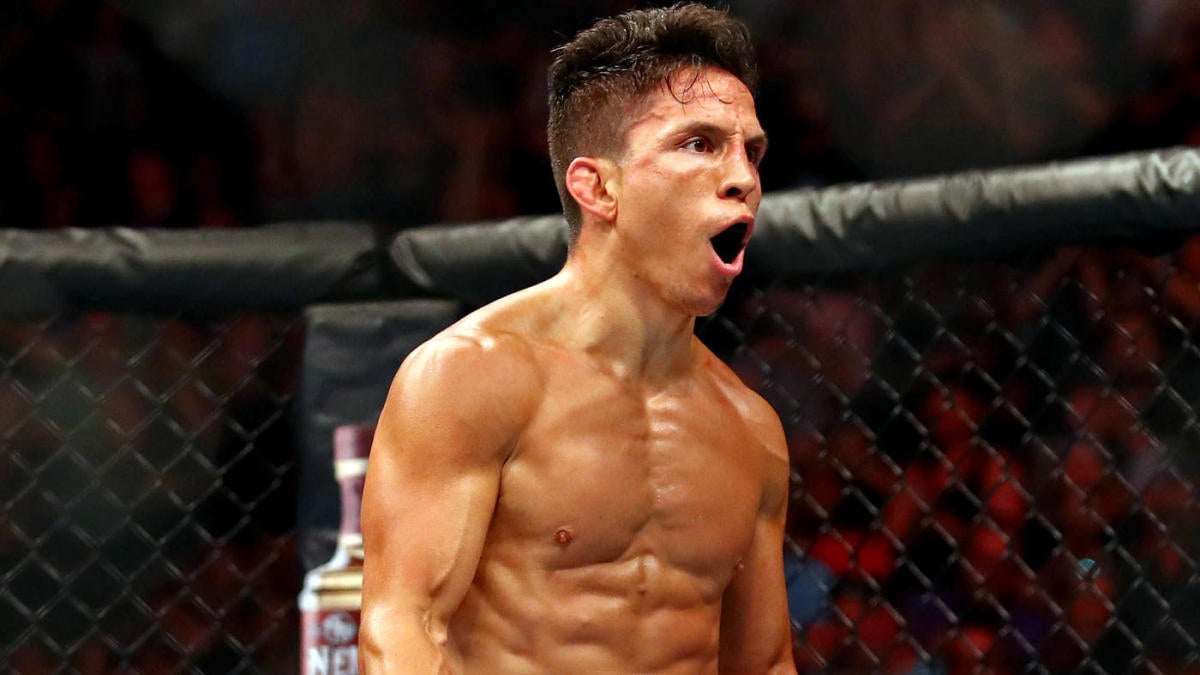 The UFC’s flyweight division has long been in a strange position. Longtime champion Demetrious Johnson established himself as one of the world’s best pound-for-pound fighters, but having an elite fighter on top of the division wasn’t enough to bring heaps of attention. Then, with talk of the division’s inevitable death swirling, Henry Cejudo scored a controversial win over Johnson and brought his brand of cringe to the championship before moving up to bantamweight and becoming “champ champ,” seemingly saving the division in the process. Cejudo has abandoned flyweight and now, at UFC Fight Night 169 on Saturday, the division will crown a new champion who will be tasked with carrying the torch for the 125-pound division. Or, at least that was the plan until headliner Deiveson Figueiredo missed weight on Friday.

Figueiredo is scheduled to meet Joseph Benavidez in the main event from Chartway Arena in Norfolk, Virginia. The now-vacant flyweight title will only be on the line for Benavidez, while Figueiredo’s failure to come in on weight leaves him unable to become champion in the biggest fight of his career.

Benavidez (28-5) will fight for the flyweight title for the third time in his career. He fought Johnson at UFC 152 in September 2012 to crown an inaugural champion in the division, coming up short by split decision in the fight. He’d get a chance to run it back with Johnson just over a year later but was knocked out in the first round of the rematch. Since that fight, Benavidez has gone 9-1, with the lone setback a split decision loss to Sergio Pettis in June 2018. Included in that run is a somewhat controversial split decision win over Cejudo after Cejudo was deducted a point for low blows.

Figueiredo (17-1) was shooting fast toward a title shot after his first four UFC appearances all resulted in impressive victories to run his career record to 15-0. A decision loss to Jussier Formiga provided a brief setback, but a Fight of the Night performance against Alexandre Pantoja and a quick submission win over Tim Elliott placed him in position to battle for the title. Then came the weight cut and the embarrassing situation of entering the cage for a title fight with no opportunity to walk out with a belt.

Here’s the fight card for UFC Fight Night 169 with the latest odds from William Hill Sportsbook.

Joseph Benavidez vs. Deiveson Figueiredo: The weight cut issues for Figueiredo are unfortunate because they take some of the edge away from what is a truly compelling fight. In reality, you could make a case that the fight is to crown a champion who will only be the third best 125-pound fighter on the planet with Johnson and Cejudo as the true dominant flyweight fighters, but Benavidez and Figueiredo are both talented, dynamic fighters who can hold the role as champ more than capably. It’s difficult to state that a fighter has a discipline problem when they miss weight because so many things can be at play. But if an injury, issues with focus, a bad weight cut or many other possibilities are the reason for Figueiredo’s failure to come in at 125, that may tip the scales a bit more in the favor of Benavidez, who can push pace and control fights as well as almost anyone. Pick: Joseph Benavidez via UD