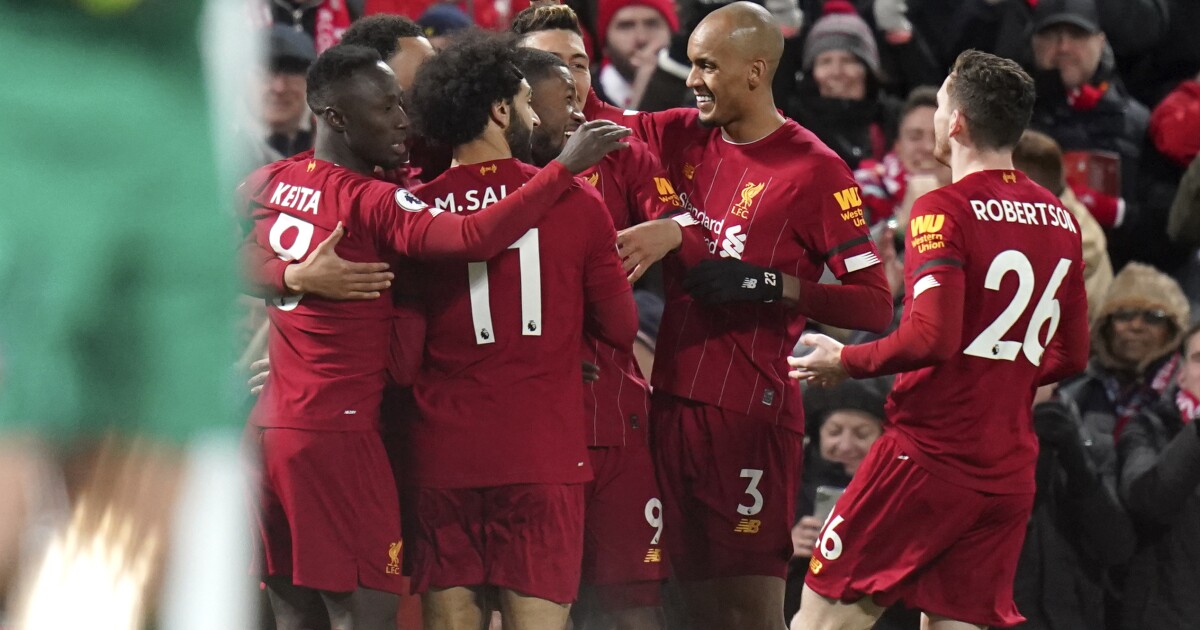 Liverpool and Manchester City battled into the final minutes of the 2018-19 season before deciding the Premier League race, which City won. The only drama this season is over how many records Liverpool, which plays Watford on Saturday, will break en route to the most dominant campaign in league history. However the other top televised game from Europe this weekend will feature tons of suspense with league-leading Barcelona and second-place Real Madrid meeting for the 180th time with the top spot in the La Liga table up for grabs.

Premier League: The Premier League hadn’t even been formed the last time Liverpool won a top-flight title in England. So you can’t blame the Reds and their fans if they really don’t want to wait to start celebrating this year’s championship, which unbeaten Liverpool (26-0-1) could clinch as early as March 21. That would be more than three weeks’ better than the earliest previous clinching in EPL history. Liverpool, which has a 22-point lead over second-place City, can make more history when it meets 19th-place Watford (5-13-9) on Saturday (NBCSN, Universo, 9:30 a.m. PT) because a win would be the Reds’ 19th straight, beating the record it currently shares with Manchester City. Even a draw would extend Liverpool’s unbeaten streak to 45 games in a row, four back of Arsenal’s 16-year-old EPL record.

La Liga: Whenever Real Madrid and Barcelona meet, the game is referred to as El Clásico. But Sunday’s renewal at Madrid’s Santiago Bernabéu (BeIN Sports, noon PT) is made even more special by the fact the teams are separated by just two points atop the table. Barcelona (17-4-4) has lost just one of its last 15 La Liga games to climb into the top spot over Real Madrid (15-2-8), which gave up the lead in last week’s 1-0 loss to Levante. The teams played to a scoreless draw in Barcelona last December. Spain’s most bitter rivals have met 179 times since 1929 with each side winning 72 games. Barcelona’s 288 goals over that span are two better than Madrid’s 286.