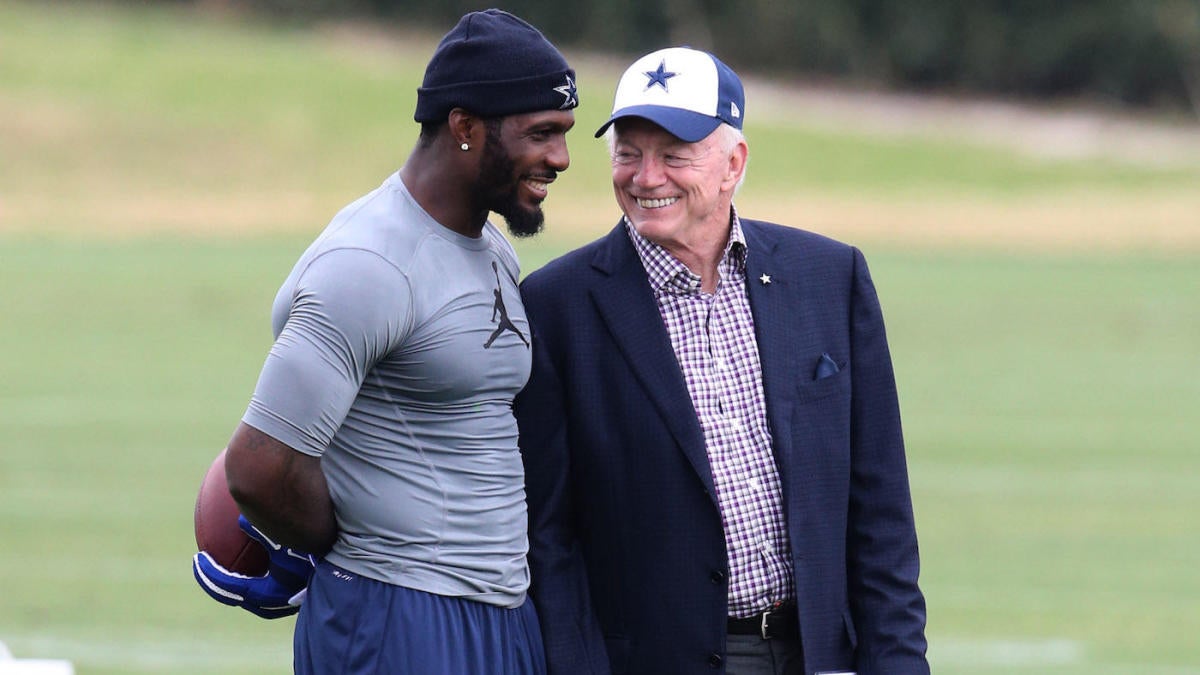 With the question of what the Cowboys plan on doing with the contract of quarterback Dak Prescott still up in the air, owner Jerry Jones has been doing what Jerry Jones does best and making the media rounds to talk about his side of the negotiation process. On Friday’s episode of “Nothing Personal with David Samson,” the former MLB executive dishes on the latest thing that the Dallas owner said.

Oddly enough, the most intriguing bits of info to come out of Jones’s mouth had nothing to do with Prescott, and everything to do with former Cowboys wide receiver Dez Bryant.

“I’ve thought a lot about this in the shower,” Jones said when talking about whether he’d consider bringing back Bryant to Dallas.

Samson, of course, decided to break down these comments.

“This is not a sexual issue, this is me telling you when I ran the team, I had my greatest moments in the shower,” Samson said. “I was thinking about all sorts of business things. I get what [Jones is] doing, but I would never have said it publicly. No one cares when you’re having the great ideas because then you have a show like mine, where we say ‘hey, what exactly are you thinking about?'”

The reality is that bringing Bryant back to the Cowboys will have to go on the back burner for a while with regards to Dallas’ priorities, as they have so many other things they need to take care of first before dealing with giving a veteran another shot at redemption.