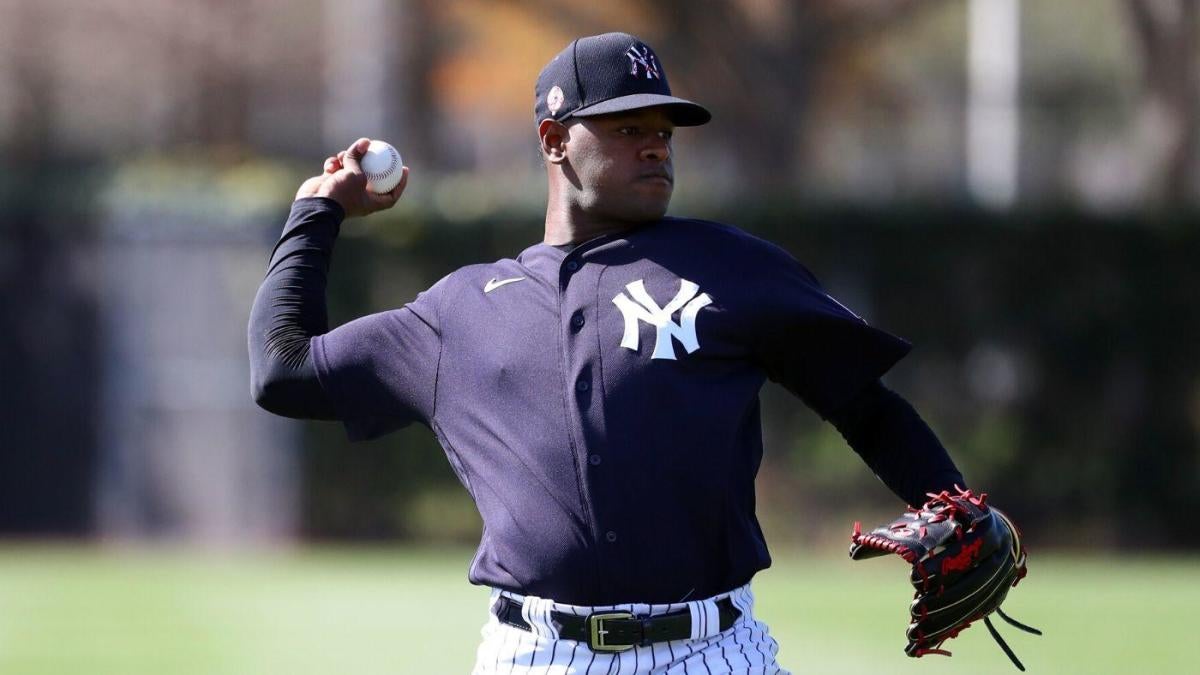 “[Severino] has acknowledged and agreed that the surgery is necessary,” Cashman told reporters, including MLB.com’s Bryan Hoch, on Tuesday. What’s the Fantasy Baseball impact of Severino’s injury? CBS Sports Fantasy expert Chris Towers breaks down potential replacements for Severino, including some other Yankees.The Yankees will enter the season as the favorites in the American League East, but their rotation depth is already being tested. James Paxton is expected to miss at least the first month due to his own injury, and Domingo German will miss time due to a suspension stemming from his violation of the league’s domestic violence policy. Signing Gerrit Cole was a good call regardless, but the Yankees are probably relieved they have him to fall back on now. Cole has tossed at least 200 innings in four of the past five seasons, and has performed at an ace-level over the last two years.

Whatever the Yankees do, they’re a worse team without Severino.

The Yankees lost 2,908 days to injury in 2019, the most in the majors. The only other team to lose more than 2,000 days was the San Diego Padres, at 2,200. Perhaps predictably, the Yankees made wholesale changes to their strength and conditioning programs before the 2020 season.Severino released the following statement Tuesday night:

When the Yankees signed Cole, the expectation was that they would look to move J.A. Happ to save money and avoid luxury tax penalties. Instead, the Yankees kept Happ. That looks wise now. GM Brian Cashman announced earlier this spring that Severino, who was limited to three regular-season appearances in 2019, had dealt with forearm soreness dating back to October, when he made a pair of postseason starts for the Yankees. The team shut down Severino last week after he went through his normal throwing program to start spring training.

Jordan Montgomery, fresh from his own year off due to Tommy John surgery, was expected to be New York’s fifth starter. Now, he’ll be their No. 4. Who will be the No. 5?After much consideration, as well as consultation with the Yankees organization, my family, and my representatives, I have elected to adhere to the advice of the medical professionals and undergo surgery to repair my injured elbow. I am extremely disappointed that I will not be able to put on a Yankees uniform and compete with my teammates this year, but I promise that I will be working tirelessly during this process to come back stronger than ever to make the greatest fans in baseball proud. Thank you to everyone that has reached out during this tough time. My family and I deeply appreciate the kind words and well wishes we have received. Through the long road ahead your continued support means the world to me. I will be back on the mound soon to help bring a championship back to the Bronx!

Happ figures to slot in as New York’s third starter to begin the season, before sliding to the fourth spot once Paxton returns. Here are five things to know about Severino’s injury and what it means for the Yankees.

New York Yankees right-hander Luis Severino underwent Tommy John surgery on Thursday, the Yankees announced. His 2020 season is over before it even began. The Yankees added that Severino had an existing bone chip removed from his elbow during the procedure.There wouldn’t appear to be many external options available to the Yankees. In theory they could roll with an Andrew Cashner or a Marco Estrada, or attempt a trade for a No. 5 starter or swingman. In reality, it might be easier to stay internal and try to stay on the rails until Paxton returns.The Yankees have a number of internal options, ranging from Jonathan Loaisiga and Michael King to Deivi Garcia and Clarke Schmidt. The Yankees could also turn to Luis Cessa, either as a starter or in a “bulk” capacity when paired with an opener. Additionally, the Yankees have a few veteran starters in camp on non-roster deals: Chad Bettis and Nick Tropeano among them.

The loss of Severino is a major one for Aaron Boone’s team. The 26-year-old has proven to be a high-grade starter when healthy. In 99 career appearances, he’s accumulated a 3.46 ERA (125 ERA+) and 3.93 strikeout-to-walk ratio. Unfortunately, for the Yankees, the “when healthy” caveat continues to loom large.Obviously the Yankees were hoping to pair Cole with Severino at the top of their rotation, but it’s better to have one front-of-the-rotation starter than none.The generally accepted recovery timetable for Tommy John surgery is about 12 months. Sometimes, that can stretch further, all the way up to 18 months. The Yankees, who signed Severino to a long-term deal last spring that stretches through the 2022 season, would be wise to proceed with caution. As such, it’s possible that Severino doesn’t return until next summer.Happ didn’t have a great season in 2019, yet his seasonal line suggests he was more serviceable than not. In 31 appearances (30 starts), he tallied more than 160 innings and posted a 4.91 ERA and 2.86 strikeout-to-walk ratio. That ERA translates to a 90 ERA+, which is below-average but not by a great deal — the league-average starter has a 93 ERA+.