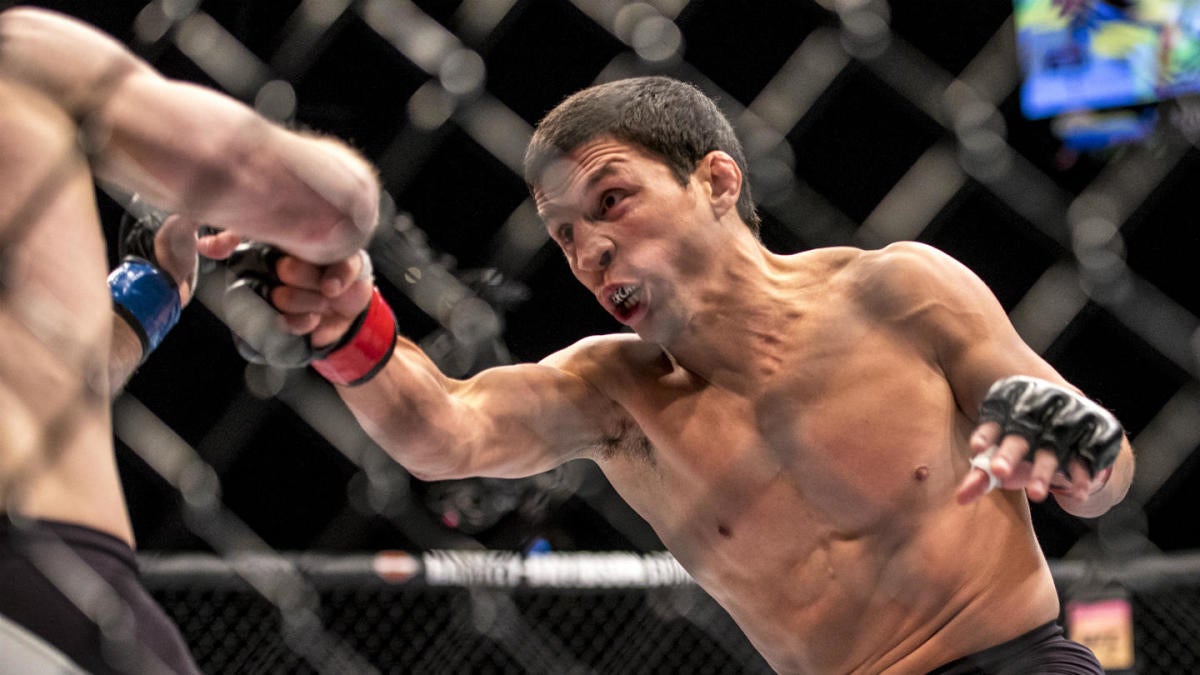 Top-ranked flyweight Joseph Benavidez takes on third-ranked Deiveson Figueiredo for the vacant title in the main event of UFC Fight Night 169 on Saturday. The 12-bout UFC stop take place at Chartway Arena in Norfolk, Va., the promotion’s second visit to the venue. The main UFC Fight Night 169 card is scheduled for 8 p.m. ET and will mark the third title shot for Benavidez (28-5), who lost twice to former longtime champion Demetrious Johnson.

He heads into the bout on a three-fight win streak with two finishes. Figueiredo (17-1) is 6-1 in seven fights with the UFC. He suffered his first loss with the promotion in March of last year, but rebounded with consecutive victories. Benavidez is a -150 favorite (risk $150 to win $100), while Figueiredo is a +130 underdog in the latest Benavidez vs. Figueiredo odds. In the co-main event, Felicia Spencer (-800) meets Zarah Fairn dos Santos (+550) in a women’s featherweight fight. Before making any UFC Fight Night 169 predicitions of your own, make sure you hear what SportsLine MMA expert Kyle Marley has to say.

Marley won the first-ever “ToutMaster” UFC betting contest sponsored by MMAOddsBreaker and also appears regularly on multiple MMA betting and DFS shows. Over the past year, $100 bettors who have followed Marley’s picks are up nearly $18,000.

Just last week at UFC Fight Night 168, Marley told SportsLine members to support hometown favorite Dan Hooker (-150) against Paul Felder (+130) in a matchup of rugged ranked lightweights in the main event. He reasoned that Hooker’s slight edge in overall skill would be the difference, and a fifth-round takedown likely gave the New Zealander the edge in a split-decision victory. Anyone who has consistently followed Marley is way up.

Now, with UFC Fight Night 169 fast approaching, Marley has carefully studied every matchup on the card, identified the best value in the UFC odds and released his MMA picks for every single fight. He’s only sharing those selections here.

Marley knows both fighters will be eager to take advantage of an opportunity that they likely didn’t believe would materialize this quickly, and Figueiredo might owe Benavidez a debt of gratitude for making it happen.

Benavidez defeated Henry Cejudo in a 2016 non-title bout and has won three of his four fights since. The 35-year-old Texas native won Performance of the Night for his second-round stoppage of second-ranked Jussier Formiga last June.

But he faces a daunting challenge from the rising Figueiredo, who has four stoppages among his six UFC victories. The 32-year-old Brazilian submitted Tim Elliott in their October bout. His decision win over Alexandre Pantoja in June earned a Fight of the Night accolade. You can see Marley’s full Benavidez vs. Figueiredo picks here.

We’ll share one of Marley’s UFC Fight Night 169 predictions here: He is backing Sergey Spivak (-120) to get a stoppage of veteran Marcin Tybura (+100) in a heavyweight clash.

Tybura (17-6) is a five-year UFC pro who has battled some of the division’s biggest names. But the 34-year-old Polish fighter has lost four of his past five bouts, with a decision win over seven-footer Stefan Struve the lone victory. He has been stopped in three of those defeats.

Spivak (10-1), 25, has split his first two UFC bouts. The Ukrainian recorded a second-round submission of Tai Tuivasa in their October bout on the UFC 243 card.

“Tybura looks like he could be a shot fighter and there is no way I could bet on him after some of the performances we have seen lately,” Marley told SportsLine. “Spivak is 10 years younger and should improve, so I am going to side with Spivak and I believe he’ll get a finish.”

Marley also has strong picks for Benavidez vs. Figueiredo, Spencer vs. Fairn dos Santos and every other bout on the UFC Fight Night 169 card. He’s also backing one “relentless grappler” who will win most striking exchanges too. Get every pick for every fight on the UFC Norfolk card at SportsLine.

Who wins Benavidez vs. Figueiredo? And how exactly does each fight end? Visit SportsLine now to get detailed picks on every fight at UFC Fight Night 169, all from the expert who’s up nearly $18,000 on MMA in the past year, and find out.