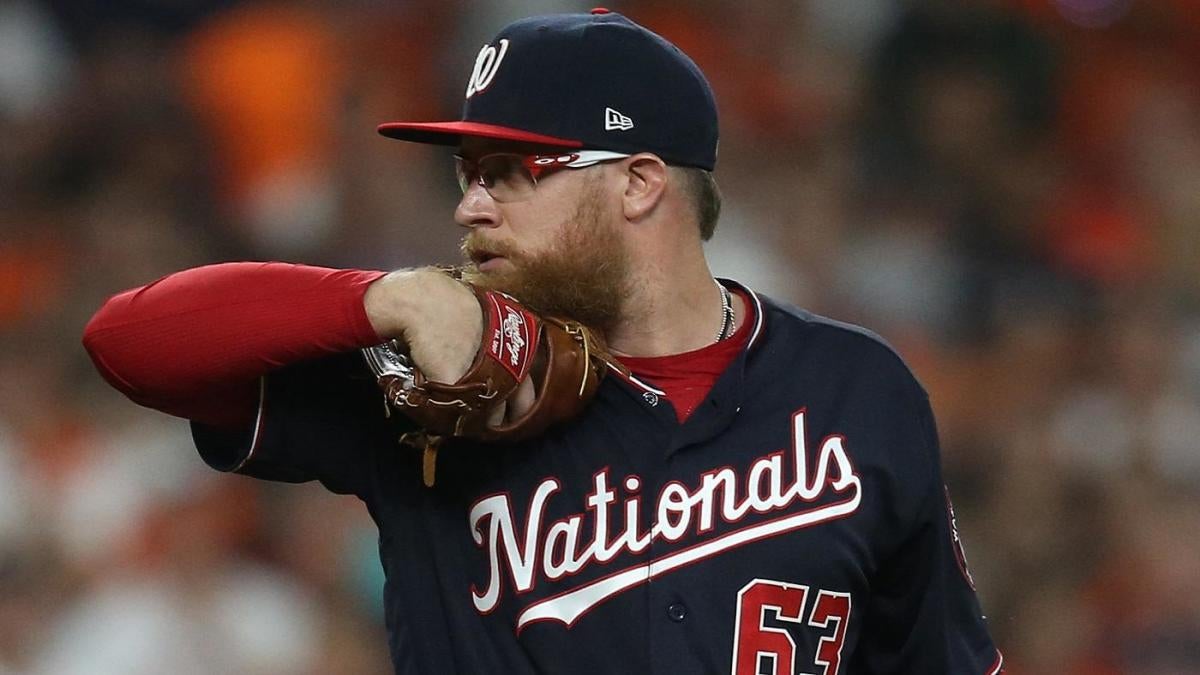 While far from the most the defining image of the Nationals‘ World Series win over the Houston Astros in October, the sight of Washington reliever Sean Doolittle pointing his elbow towards the batter and lifting his glove up to his face was among the most consistent of the late October match up. At first glance, it looks just like a tick that many pitchers around MLB have — think Craig Kimbrel’s hunched stance he takes before throwing. But apparently the move sometimes goes beyond routine and serves to accomplish a larger goal: a team-suggested relaxation technique.This year, he won’t be using the same glove that he wore for Washington’s title run as he switched to a different glove company. But while the equipment itself won’t carry over, the habit of adding the lavender oil certainly seems like it will.Mark Campbell, Washington’s director of mental conditioning, was the one who suggested that Doolittle add this to his pre-pitch routine. Statistically speaking, it sure looked like it worked. In October, he put together two saves, three holds, a 1.74 ERA and a .167 opponents’ batting average. Even better was the fact that the Nats went 8-1 in the games he appeared in.”I now associate that smell with having success in high-leverage situations. And managing myself. There’s really positive energy associated with that: We won the World Series. I got to contribute. And I pitched pretty well,” Doolittle told the AP. “So there’s definitely a connection there for me. It’s definitely been ingrained, so we’ll probably stick with it.” A report from the Associated Press reveals that in Doolittle’s glove during that magical October march to glory was a bit of lavender oil to help the pitcher maintain a sense of calm during the most nerve-wracking month of the year. The oil was placed around the laces and webbing to help the Washington reliever forget about the regular season stresses that were behind him, and the postseason stresses that were directly around him.”When you’re a reliever and pitching in high-leverage situations in must-win games, and you’re on-call every night for like a month, it starts to take its toll on you. And it’s a challenge to stay even-keeled and to really manage that energy. That’s the hardest part,” Doolittle said. “(Campbell) helped me out a lot. My regular season did not go the way I wanted it to go, but I was very proud of the way I was able to get myself together and be really effective in the playoffs.””I was so nervous during the playoffs. I was just a big ball of stress. Lavender has a lot of calming and soothing to it,” Doolittle told the AP’s Howard Fendrich. “When I came set, I could smell it. It worked, man.”