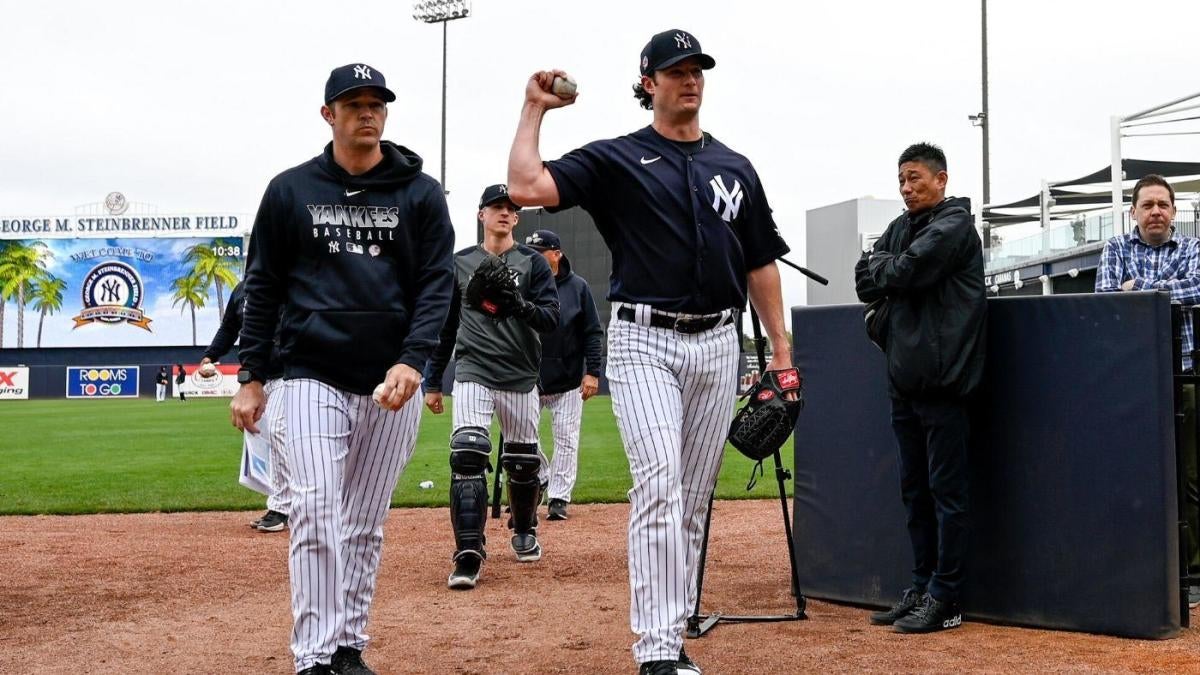 New York’s pitching depth chart will have Cole at the top with right-hander Masahiro Tanaka and left-hander J.A. Happ slotted in as the club’s No. 2 and 3 starters for the time being. Montgomery, who missed all of the 2018 and 2019 seasons due to Tommy John surgery, and right-hander Jonathan Loaisiga would currently round out the Yankees’ rotation.Cole called the outing “fun” and said he enjoyed working with new battery mate, Gary Sanchez.Cole, 29, is expected to start on Opening Day for the Yankees after the club signed him to a record-setting nine-year, 4 million contract this offseason. The Yankees rotation has already taken some hits with both left-hander James Paxton and right-hander Luis Severino currently out with injuries.Cole’s fastball hit 98 miles per hour in his outing and reached 97 mph several times, according to the stadium radar gun. He got his first out when he forced Pirates second baseman Adam Frazier to pop out to shortstop. His first strikeout came when outfielder Bryan Reynolds swung and missed on an off-speed pitch in the dirt, while his second strikeout on first baseman Josh Bell ended the inning. The lone walk of the outing came from Pirates infielder Cole Tucker, who worked a six-pitch free pass after falling behind to an 0-2 count. Cole was replaced by left-hander Jordan Montgomery. Last season for the Astros, Cole finished with a 20-5 record (including 16 straight wins), a 2.50 ERA and a league-best 326 strikeouts. He finished second in the balloting for the American League Cy Young Award, behind his former teammate Justin Verlander. It was the third time in Cole’s seven-year MLB career that he finished in the top five of the Cy Young balloting.Yankees right-hander Gerrit Cole made his spring training debut for his new team in Monday’s game against one of his former squads, the Pirates. In the Yankees’ third exhibition game of the spring, Cole threw one inning (20 pitches, 12 for strikes) and finished with two strikeouts and allowed a walk.Paxton, 31, will be sidelined for the next three to four months after undergoing back surgery. After missing last season with shoulder and lat problems, Severino, 26, has been shut down with forearm tightness and may not be ready for Opening Day. The Yankees are also without right-hander Domingo German, who is currently serving an 81-game suspension for violating Major League Baseball’s domestic violence policy.