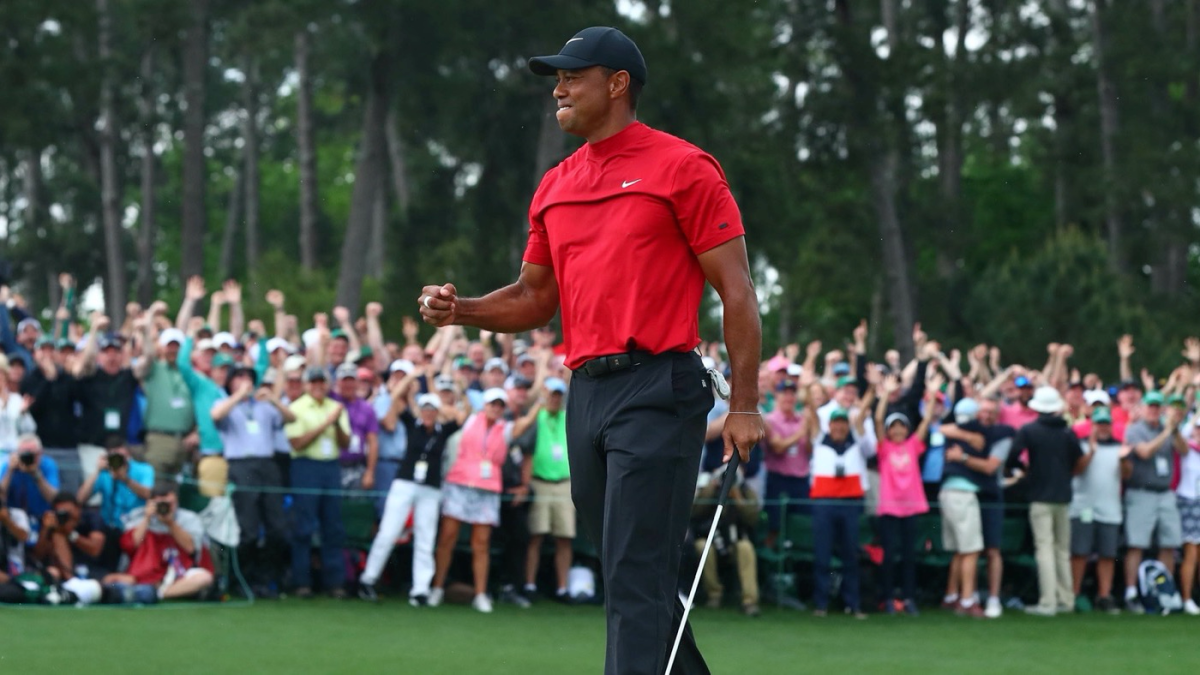 What do you associate the 15th hole at Augusta National with? It could be anything. Everything. It’s one of several iconic holes at the Masters that had decided a good number of green jackets.

Last year was no different. It ultimately probably decided the champion of the 83rd Masters. Francesco Molinari hit a ball in the water on No. 15 and essentially lost the tournament. Tiger Woods made a birdie on No. 15 and essentially won the tournament. Everyone remembers the 12th hole (where Molinari also hit a ball in the water), but it was the 15th where, for the first time the entire week, it became very clear that Woods was about to win the fifth Masters of his career.

Molinari and Woods went to No. 15 tied at 12 under. Woods birdied, Molinari doubled. Tiger left with a three-stroke lead over his playing partners. In fact, Woods was the only golfer on the day who walked off the 15th green at 13 under or better. Everybody else was 12 under or worse. Of course, Woods nearly aced the par-3 16th and that was all she wrote, but it was that shot into No. 15 that he said was his best of the week.

You can watch that shot right here in Augusta National’s catalog of every shot hit during the 2019 Masters. It leads to a two-putt birdie for Woods and that 13-under number, the eventual winning score. His answer surprised me. I thought he would talk more about the shot on No. 16 that almost fell. But he waxed poetic about No. 15 instead.

It was fascinating to hear from Woods both which shot was his best shot and when he knew the event was done. I would have bet a lot of money that one of those answers would have been the tee shot on No. 16, which he almost holed for a one.

There are so many memories when it comes to Tiger and Augusta National, and several more were created in 2019. However, it’s Woods who magnifies these memories, who blows up the ones that are truly important. So while the 16 near-ace is the one I’ll remember for forever, I now have a greater appreciation for what he did the hole before it and two holes after it as he improbably won the 15th major of his career.