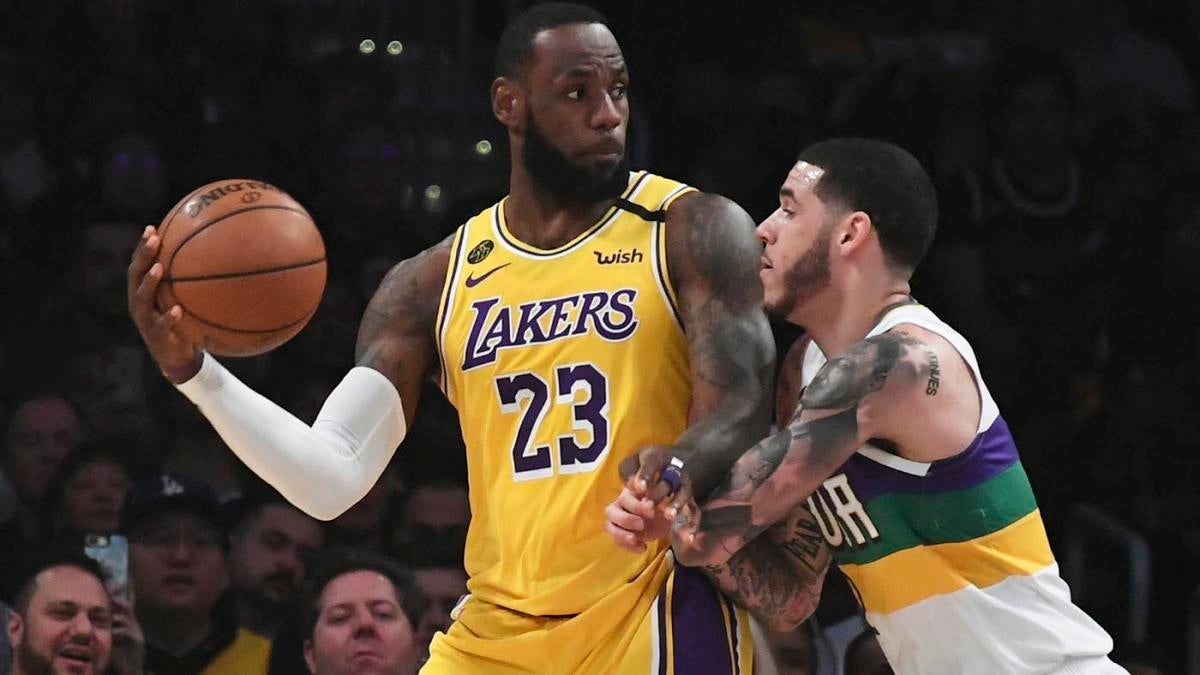 LeBron James and Zion Williamson faced off against each other for the first time on Tuesday night, and the matchup didn’t disappoint. LeBron’s Lakers walked away with a 118-109 win over Zion’s Pelicans, but both superstars put on a show as James finished the contest with a season-high 40 points to go along with 8 rebounds and 6 assists, while Williamson posted 29 points, 6 rebounds, and 3 assists.

While the meeting was the first between the two top draft picks, it won’t be the last, as the Lakers and Pelicans could potentially end up meeting in the first round of the playoffs this season. Before we get ahead of ourselves though, here are a couple quick takeaways from the premier meeting between the two superstars.

LeBron wasn’t about to be upstaged by Zion

Williamson is the NBA‘s most highly-hyped rookie since, well, LeBron. And while Williamson may be the future of the league, James made it clear that he’s not quite ready to give up his throne on Tuesday night. James was energized from the opening tip and as a result he had arguably his best game of the season. James knew that there would be an added level of intrigue and scrutiny since it was his first game against Williamson, and he was clearly ready to put on a show. His performance even included a couple of vintage monster dunks:

Both teams benefitted from the Anthony Davis trade

It’s not often that both sides can feel like they won in a trade, but that’s the case with the Lakers and Pelicans following the trade that sent Davis from New Orleans to L.A. last June. James got his superstar sidekick in Davis, who has been a beast all season (he had 21 points and 14 boards against the Pelicans), while New Orleans received a young All-Star in Brandon Ingram (34 points, 7 rebounds, 4 assists on Tuesday night), and a pair of other reliable rotation pieces in Lonzo Ball and Josh Hart. The Pelicans now have a great young core to build around, while the Lakers are constructed to win now around James. Win-win for both sides.

James has a lot of respect from Williamson

James clearly has a lot of respect for Williamson. This was obvious based on how amped James was for the first matchup between the two. It seemed like he almost treated it like a playoff game. Plus, he confirmed as much after the game when he was asked about his impression of Williamson.

The Pelicans are good enough to be a playoff team

New Orleans isn’t on the Lakers level, but it is good enough to be a playoff team in the Western Conference. The Pelicans’ record doesn’t really reflect how good they are at this point in time, as Williamson missed the first several months of the season. Since he’s entered the lineup, the Pelicans have been very formidable and have been playing over .500 ball. They currently sit 10th in the playoff picture in the West, and an interesting storyline for the remainder of the season will be watching to see if they’re able to make up ground and climb into the postseason.