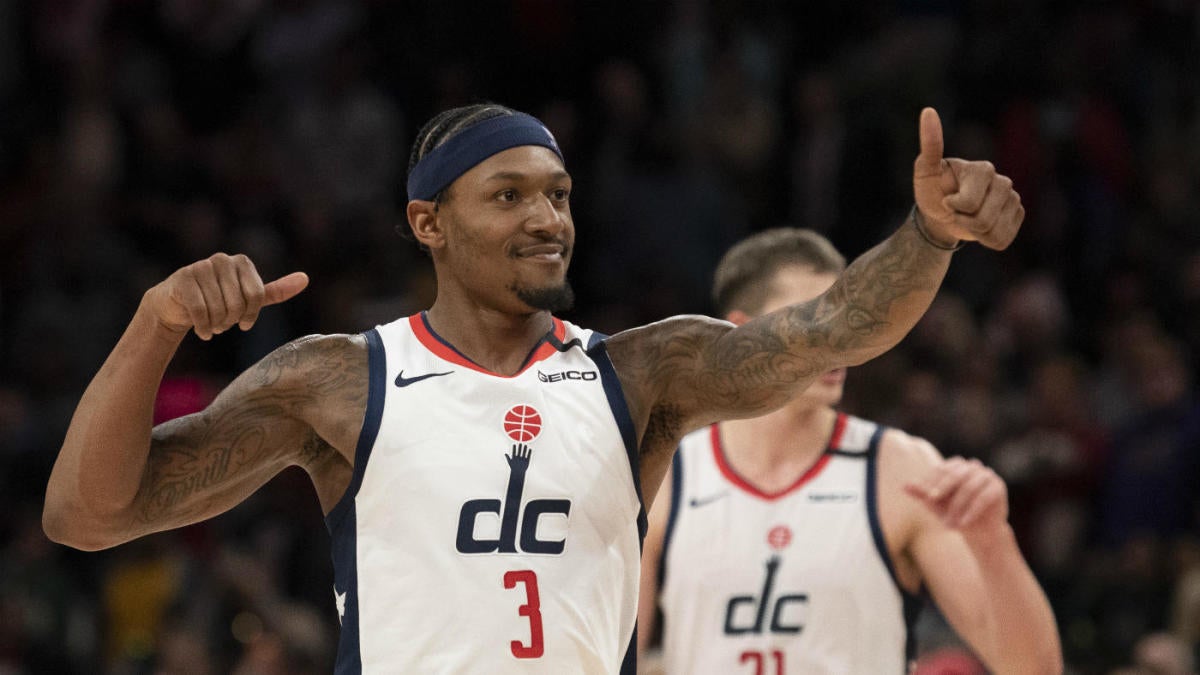 Early on Monday morning, Kobe Bryant and his daughter, Gianna, were honored with a beautiful celebration of life at Staples Center in Los Angeles. A few hours later, across the country in Washington, D.C., Bradley Beal put together a fitting tribute of his own for the late Lakers legend.

Shooting 19-of-33 from the field, and 8-of-13 from 3-point land, Beal finished with a career-high 55 points in the Washington Wizards‘ overtime loss to the Milwaukee Bucks, 137-134. It was Beal’s second straight game with 50-plus, after he dropped 53 on the Chicago Bulls on Sunday — also in a loss. That, by the way, has become a theme for Beal this season; the Wizards are 1-8 when he scores 40-plus points in a single game.

With his incredible performance, Beal became the first player in the NBA to score 50-plus on back-to-back nights (not just games) since… Kobe Bryant. Back in 2007, Bryant put up 60 points on the Grizzlies on March 22, then 50 on the Hornets on March 23. Coincidentally, they also both accomplished the feat on the road. How fitting is that? Some of the connections players have made to Bryant since his passing have been almost spooky, and Beal’s contribution is no different.

And if that wasn’t enough, Beal also became just the third player in NBA history to score 53-plus in back-to-back games, joining Wilt Chamberlain and James Harden on that exclusive list.

Since getting snubbed from the All-Star Game earlier this month, Beal has come out of the break on a mission. In his three games since action restarted, he’s averaging 44.6 points on 48.8 percent shooting. Unfortunately, the Wizards are 0-3 in those contests, which has dropped them to 20-36 on the season.

They’re now 4.5 games back of the Orlando Magic for the eighth and final playoff spot in the Eastern Conference, and if they can’t win on nights when Beal is dropping 50, it’s hard to imagine how they’ll make up that ground. But as his performances over the past two nights have shown, Beal isn’t going to go down without a fight. And that’s all Kobe Bryant could ask for.