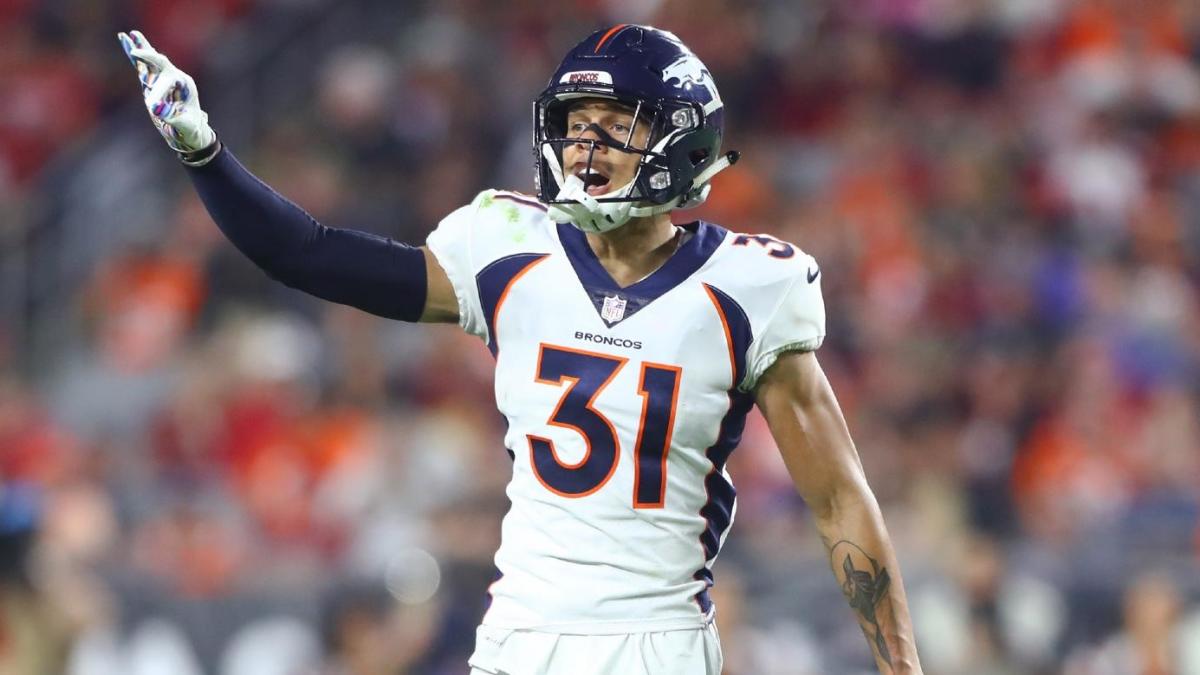 Justin Simmons expects the Broncos to franchise tag him, and he’s more than OK with it.

While many NFL players are leery of being franchise tagged, Simmons, a veteran safety who is slated to enter free agency next month, is maintaining a positive attitude with regard to his future with the Broncos. On Monday, during an interview with SiriusXM NFL Radio, Simmons said that, even if the Broncos (who should have in excess of $58 million in cap space this offseason) tag him, he is hoping that that ultimately leads to a long-term deal.

“We expect to get franchise tagged,” said Simmons, a 2016 third round pick who set career highs in interceptions (four), passes defensed (15), and tackles (93) last season. “The terms of the franchise tag, we’re kinda sitting on the optimistic side of things just because, in the past, when the Broncos have used the tag, they’ve always worked out a long-term deal. We’re pretty confident that we’ll be able to work something out.”

“I think all guys are different. I think when you talk about the franchise tag and the most recent (situations), you think about Le’Veon Bell, you think about Kirk Cousins,” Simmons said. “I’ve always been the type of guy that consistently bets on myself. Out of high school, felt like I was under recruited. And even coming out of Boston College, felt like kinda an under the radar type of guy. … If we are under the franchise tag, (it’s) another opportunity to present itself to kinda cement that we’re always confident we can do and things of that nature.”

While he is still waiting for his first Pro Bowl selection, Simmons has quietly become one of the NFL’s most consistent defensive backs. In 58 career games (48 starts), Simmons has tallied 11 interceptions, 28 passes defensed, and 289 tackles. Simmons’ production will likely lead to a lucrative longterm contract whenever Simmons ultimately signs one. According to Spotrac, Simmons’ market value is currently $72,197,445 over five years with an annual yearly salary of $14,439,589. That contract, according to Over The Cap, would make Simmons’ the league’s second highest paid safety, just behind Chicago’s Eddie Jackson and ahead of Tennessee’s Kevin Byard and Kansas City’s Tyrann Mathieu.

Regardless of what happens, Simmons remains optimistic that he will ultimately be given his worth.

“We’ll see how it all plays out,” he said. “Like I said, if we do get franchised, there’s still the opportunity of working out a long-term deal, which has been done in the past with Elway and the Broncos. We’ll just have to sit back, wait and see.”