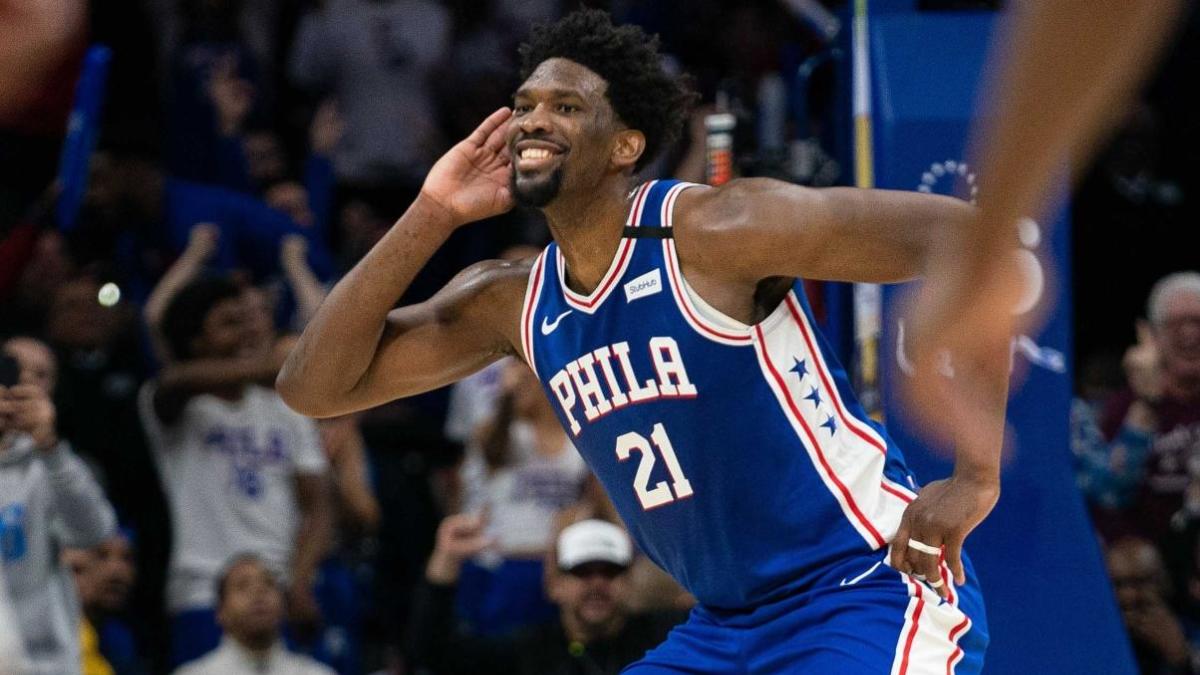 With Ben Simmons sidelined with an injured back, the 76ers‘ other All-Star stepped up in a major way against the Atlanta Hawks on Monday night. The Hawks were up by one heading into the fourth quarter, and then Joel Embiid happened. Embiid single-handedly outscored the Hawks in the fourth quarter to propel the Sixers to a 129-112 win. With the win the Sixers moved to 27-2 at home on the season.

When all was said and done, Embiid had recorded a career-high 49 points — on 17-of-24 shooting from the floor and 14-of-15 from the foul line — to go along with 14 rebounds, three assists and three steals. Embiid’s output was the most points scored in a game by a Sixers player since Hall-of-Famer Allen Iverson dropped 53 on Dec. 23, 2005, and he became the first Sixer to record 49 points and 14 rebounds in a game since Moses Malone in 1984.

With Simmons sidelined indefinitely and the Sixers in the midst of a tight battle for playoff positioning in the Eastern Conference, they will need more performances like this from Embiid moving forward, and he appears up to the task. It all starts with aggressiveness for Embiid, and since he’s admittedly at his best when he’s loose and enjoying himself on the floor — something that hasn’t happened consistently all season — he’s doing his best to tap into his fun side.

“I said it right before All-Star break that I was going to have a different mindset and it wasn’t just about tonight. Since the Clippers game, I’ve had the mindset of just being aggressive just trying to dominate offensively and defensively,” Embiid said. “I said I was going to get back to having fun, but having fun comes in different forms. I don’t always have to be smiling or laughing all the time. I can have fun just dominating the game.

“Obviously, tonight was just one of those nights where I was having fun like the old days, just having fun with the crowd. Some nights, I just want to dominate and stay quiet, but it was cool. Most important thing is that we bounced back [after their 119-98 loss to the Bucks on Saturday night] and we got the win.”

When Embiid plays like he did against the Hawks on Monday night the Sixers are extremely tough to topple. Moving forward until Simmons returns — and even after he’s back —  they need Embiid to continue to be aggressive and assert himself from the opening tip, and they need the players around him to step up, like Tobias Harris did on Monday night (25 points, six rebounds, four assists). When those two things happen Philadelphia’s ceiling is still extremely high.