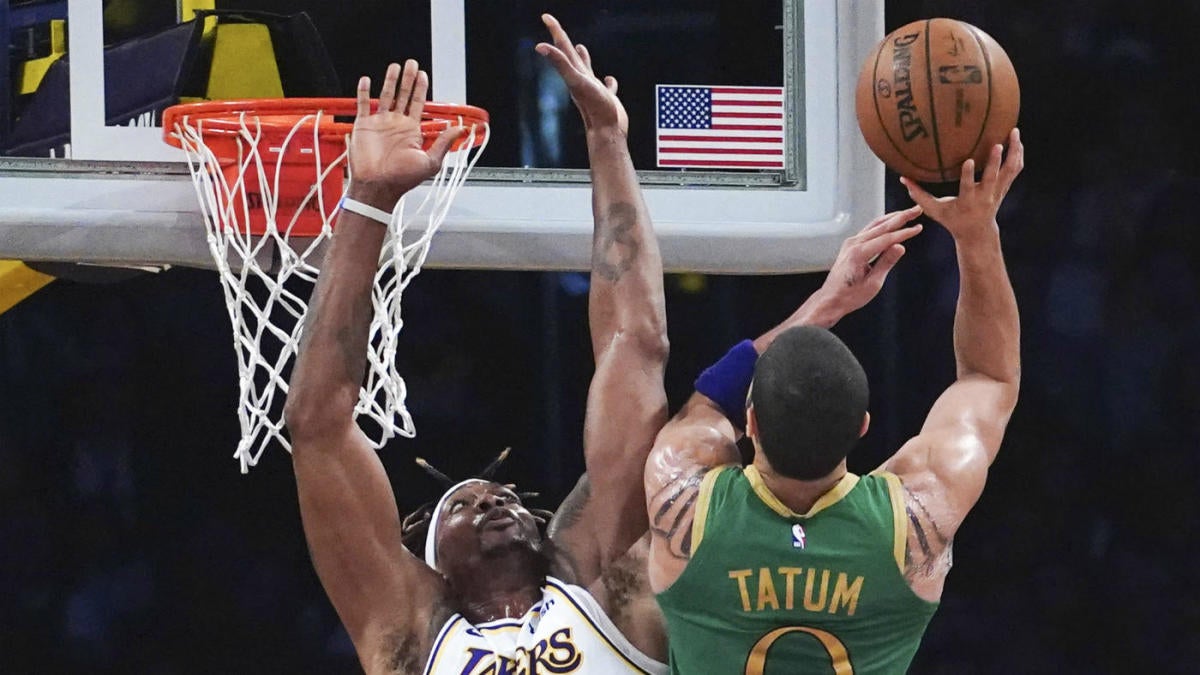 Boston Celtics vs. Los Angeles Lakers is the most storied franchise rivalry in NBA history, and the two teams added another classic chapter on Sunday afternoon. Neither team led by more than seven points in the second half, and things weren’t completely settled until Jayson Tatum picked up an offensive foul with 0.8 seconds remaining. Once that call was made, the Lakers could finally relax and claim their hard-fought 114-112 win.

Speaking of Tatum. While the Lakers got the victory, his performance was the story of the game. Continuing a dynamite second half of the season, he tied his career high with 41 points on 12-of-20 shooting, while also chipping in five rebounds, two assists and two steals. In the process, he became the youngest player in the storied Celtics-Lakers rivalry to score 40-plus in a game, which considering the legends who have suited up for these two franchises, is quite the accomplishment.

After the game, Celtics head coach Brad Stevens was succinct in summing up Tatum’s big scoring night: “That’s what he does.” And that is perhaps the big takeaway here. We can talk about what Tatum did well in this game — his drives to the rim, both to finish and draw fouls, were terrific, and he hit some truly impressive step-back 3s. Often criticized for not getting to the line enough, his 13-of-15 performance from the free throw line was a career best for both makes and attempts.

But as Stevens noted, performances like this have become commonplace. And the fact that he’s just expected to play like this now is what’s really encouraging for the Celtics. At this point there’s no question he’s making the leap everyone was waiting for after his rookie season.

Since Jan. 11, when he put up his first 40-point game against the Pelicans, he’s averaging 27.6 points per game, which is eighth in the league in that span, and shooting 44.9 percent from 3-point land. He also has five 30-point performances in those 16 games; he had five in his entire career to that point.

Just a few weeks ago, I went in-depth about the changes to his offensive approach which have helped him take off since the start of the New Year, and the past few games have only been further proof he’s on the right path. How far he can take the Celtics remains to be seen, obviously, but if he’s going to be scoring at this level from now on, it raises their ceiling considerably — both this season and in the future.