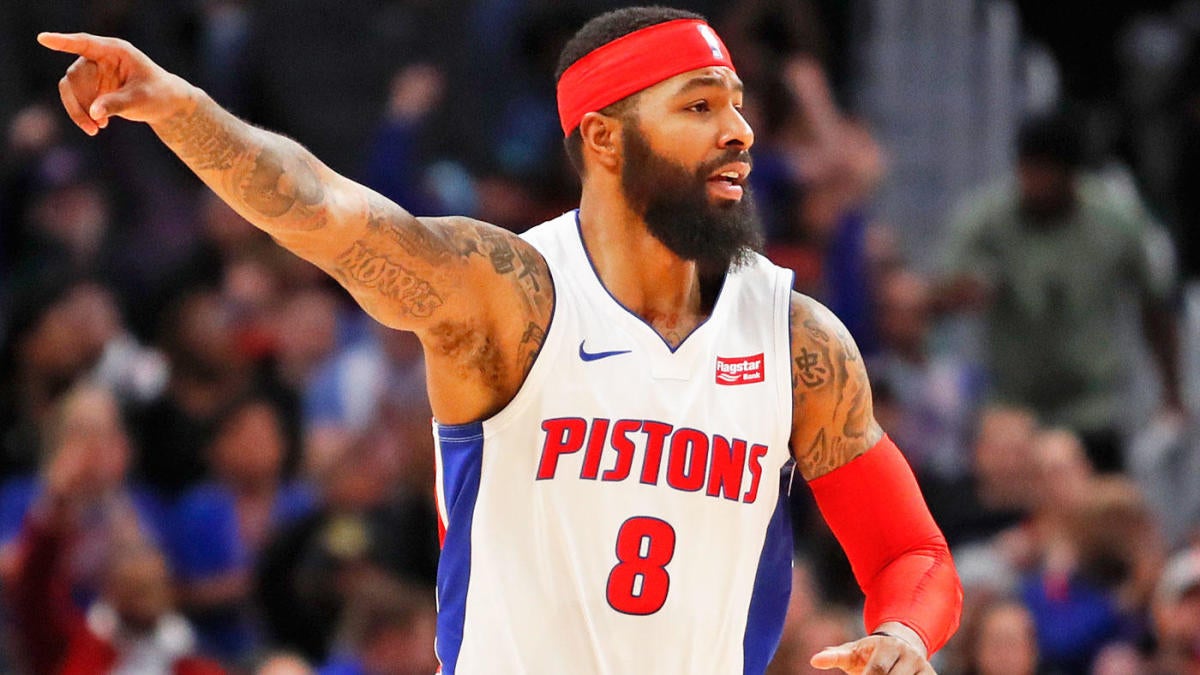 It didn’t take long for Markieff Morris to find a new home in the NBA a team after being bought out by the Detroit Pistons on Friday afternoon. Just hours after it was reported that the Los Angeles Lakers emerged as the frontrunner to sign Morris, it appears as though the two have agreed on a contract for the power forward to join the Lakers for the remainder of the season, per Shams Charania of The Athletic. Morris is the twin brother of Marcus Morris, whom the Lakers, among other teams, were trying to trade for at the deadline. The Clippers got Marcus in the end.

To make space for Morris on their 15-man roster, Los Angeles is reportedly waiving veteran center DeMarcus Cousins, according to ESPN’s Adrian Wojnarowski and Ramona Shelburne. Cousins had yet to appear in a game for the Lakers this season while recovering from a knee injury he suffered in August but just this week Frank Vogel suggested the former All-Star was on track to be ready to return to the floor for the playoffs.

After losing out on Marcus, the Lakers countering with Markieff definitely checks off a couple of important playoff boxes. First, he’s a 6-foot-10 wing who can provide versatile defensive depth. Outside of Danny Green and LeBron James — and I suppose Kyle Kuzma if you’re really into playing with fire — the Lakers are in short supply of candidates to take their turns on Kawhi Leonard and Paul George in what feels like an inevitable playoff matchup with the Clippers.

Second, Markieff is a classic stretch four who can seriously space the floor. Per Cleaning the Glass, which removes garbage time and end-of-quarter heaves, Markieff is shooting 42 percent from beyond the arc this season, and 43 percent on corner 3s.

Morris reportedly liked the idea of becoming the Lakers backup power forward, which would move Kyle Kuzma to more of a small forward role coming off the bench, per Charania.

In lineups featuring Anthony Davis at the five, Markieff will keep the Lakers big and slot perfectly into the corner outlet shooter while LeBron and Davis play pick-and-roll. Put Green and Kentavious Caldwell-Pope out there alongside them, and that’s big-time spacing and defense all over the court.

The Lakers struck out trying to add defensive and shooting depth. Again, they missed on Marcus Morris. They didn’t get Andre Iguodala or Bogdan Bogdanovic or Jae Crowder or any of the other candidates they either did, or could’ve, pursued. Backup point guard is also a position of need, where they missed on Darren Collison, who decided to remain retired.

Markieff doesn’t fill that role, but come playoff time, the defensive size on the wing and floor spacing is probably more important. The bottom line is LeBron is going to be playing the point for heavy minutes no matter who else is on the roster. Surrounding him with shooters and enough versatility to take a bit of defensive burden off his shoulders is crucial.