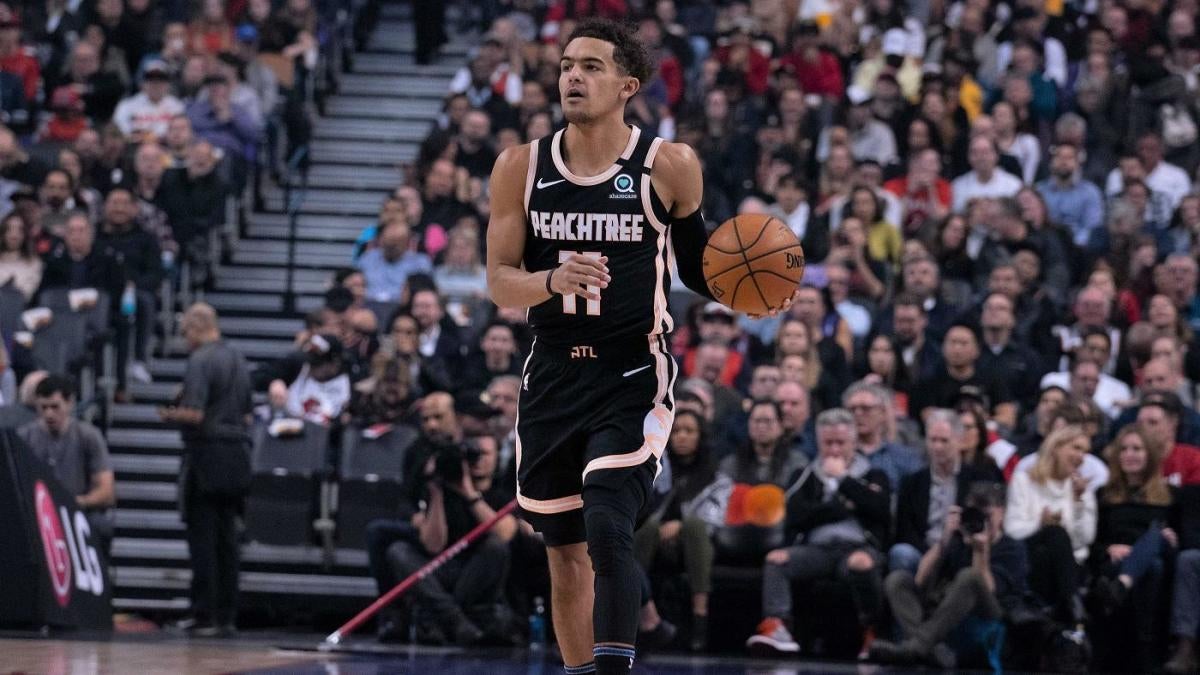 After making his All-Star debut on Sunday, Trae Young got back into the swing of the regular season by roasting the Miami Heat for a career-high 50 points on Thursday, 20 of which came in the fourth quarter of Atlanta’s 129-124 victory. Young was virtually indefensible, and he needed just 25 shots to get to his 50 piece. He was 8 of 15 from three and 18 for 19 from the free-throw line.

Forever connected to Luka Doncic for the 2018 draft-night trade that sent Doncic to the Mavs and Young to the Hawks, Young has quickly blossomed into his own kind of star. HIs defense is awful, but he is pure magic with the ball in his hands, one of the best passers on the planet with sick handles and borderline laughable range. Look how dirty he did Andre Iguodala on Thursday:

Again, that’s Andre Iguodala, one of the best defenders of his generation, who Young damn near made fall over. The combination of that kind of handle, range and quick trigger is lethal, and the confidence to put it all together so early in his career is staggering.

Per Basketball-Reference, Young has now scored at least 40 points 11 times in his brief career, which passes Shaquille O’Neal (10) for the most in NBA history through a player’s first two seasons. Young still has 25 games to play this season. His 40-point-game number could approach 15.

The Hawks have had a disappointing season, and there have been talks of impatience within the organization. They traded for Clint Capela at the deadline and they’re projected to have north of $70 million in cap space this summer. John Collins missed 25 games this season for a PED suspension, and rookie Cam Reddish looked borderline lost through the first half of the season.

There is still a lot of upside with this Atlanta team, given its impending resources and still tantalizing youth, but the only sure thing is Young, who looks more and more like Steve Nash every time you watch him play — only with a more aggressive mind to score. That sounds like a wildly premature comparison to equate Young to the Hall of Famer and two-time NBA MVP, but to me that’s precisely the point.

Young is 21 years old. He’s not even through his second season. And he’s already the second-leading scorer in the league with elite passing skills that would make him a threat to win the assist title as well if the Hawks weren’t literally the worst collective 3-point shooting team in the league. Put this guy in the right system surrounded by the right pieces, like Nash, and you’re looking at a future MVP candidate.