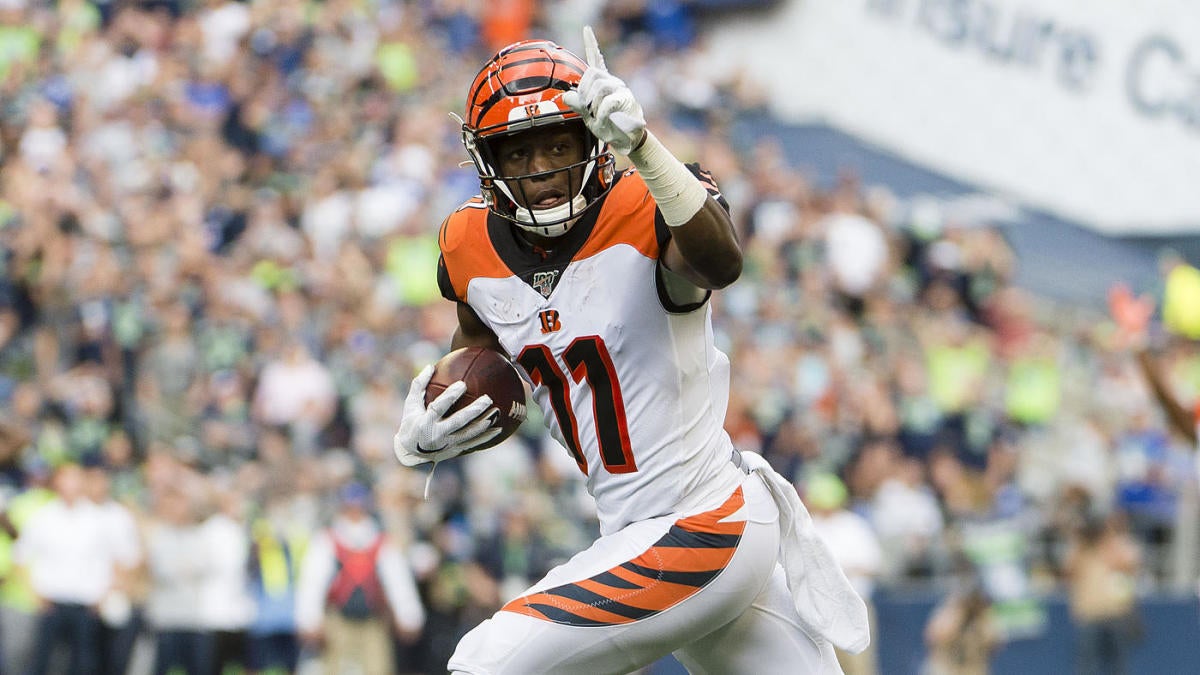 John Ross finally lived up to the hype of being a top-10 pick in the NFL Draft — at least through the first two games of last season. Ross had back-to-back 100-yard games to start 2019 with 11 catches for 270 yards and three touchdowns after the first two games. A shoulder injury limited Ross’s fast start (16 catches, 328 yards, three touchdowns, 20.5 yards per catch through four games), but before that, he proved to be one of the NFL’s most explosive big-play threats — when healthy.

Ross became a primary target for quarterback Andy Dalton through the early portion of last season, but Dalton is reportedly on his way out of Cincinnati as the Bengals are working with him to find a trade partner. Cincinnati has the No. 1 pick in the NFL Draft, the prime spot to select Heisman Trophy winner Joe Burrow. Ross had one throwing session with Burrow and is excited about the Bengals potentially making him their franchise quarterback.

Ross ended up missing eight games before his return in 2019 and he finished with 28 catches for 506 yards and three touchdowns (18.0 yards per catch).

Those numbers were much better than Ross’s first two seasons (21 catches, 210 yards, seven touchdowns) and he became the big-play threat the Bengals thought they were getting when they selected him ninth overall in the 2017 NFL Draft. Heading into 2020, Ross feels like he has unfinished business.

“I want to build off those first three games. Those are the kind of explosive plays that I think I can make for the rest of my career,” Ross said, via the Bengals website. “It’s hard to get into Week 14 shape when you’ve been out eight to nine weeks, I don’t care who you are. The coaches told me that, but that was hard for me to understand because I wanted to contribute like I did at the beginning of the season.”

That’s plenty of weapons for Burrow to succeed in Cincinnati.