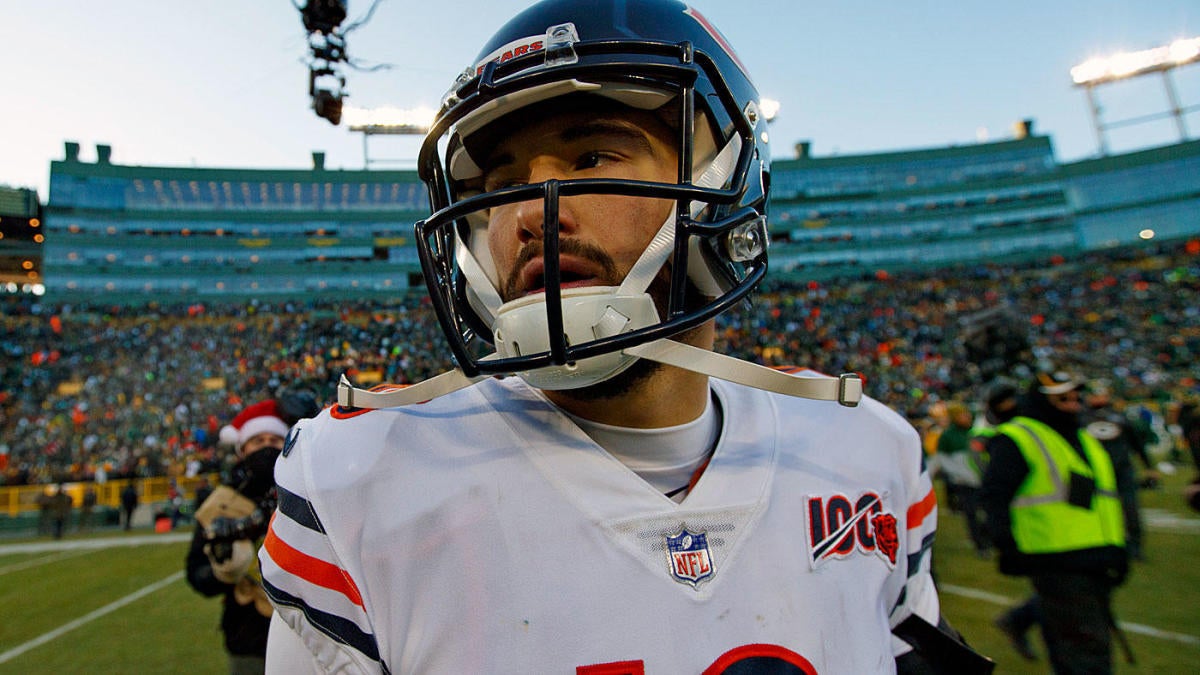 There might be no team under more scrutiny this offseason than the Vikings.

As we documented in this space​ early in the week, the Vikings are in a horrible cap situation, face myriad difficult decisions and look like they hold a roster that will have to be torn down in several spots after years of massive spending on free agents and contract extensions. Everson Griffen, Stefon Diggs, Kyle Rudolph and many others could be gone to create cap space, to say nothing of the bevy of free agents who the Vikings will not be in position to re-sign.

But they aren’t alone. Heck, they’ll have plenty of company right within the NFC North when it comes to franchises facing critical decisions and, perhaps, a fork in the road when it comes to some of their recent success (at least moderate in some cases). There are a handful of recent playoff teams who might have seen their window slam shut, whether they realize it or not.

All of these clubs are going to have to part with some players they would rather keep, and all face difficult circumstances trying to rearrange their asset allocation, with too much sunk into some positions and glaring holes at others. And many of these teams lack the draft capital required to truly address all they need to in one offseason.

Here are the clubs I will be most interested to see manage the next five months and try to find a way not to take a step backward. Perhaps a major one.

The cap is super tight (around $20 million), no one is going to do them any favors taking Todd Gurley‘s albatross contract off their hands (they are stuck paying him another $13M this year and better not restructure or the deal will only get worse in the future). Questions abound this group just one year after appearing in the Super Bowl. Jared Goff is set to make $31M this year to be a perfectly average QB (third-highest take home cash in the entire NFL). Given their cap crunch, they may need to say bye to someone like Robert Woods (since Brandin Cooks is guaranteed his $12M) and they have issues all over the offensive line even if/when they re-sign Andrew Whitworth (which will also eat deep into cap space). Jalen Ramsey hasn’t even become the highest paid corner in the NFL yet, but we all know that is coming after the incredibly steep price the Rams paid to land him from Jacksonville. There are big issues with the pass rush, but a shortage of picks and cap space to address it. Oh yeah, and the Super Bowl runner-up in San Francisco and some dude named Russell Wilson are still in the NFC West, last time I checked.

They are barely under the cap, and there is only so much contract restructuring and cap gymnastics that can go on to try to pretend this team is worth keeping together. They haven’t sniffed being a real contender since blowing the Super Bowl to the Patriots and the past two seasons have been over by around Halloween. They are short on offensive linemen, again, and may have to part with a few veterans to have cap wiggle room. They still have no pass rush and no easy path to getting enough. Matt Ryan‘s pockets are straight and will remain so, but his extension and that of Julio Jones are doing the team no cash/cap favors now. They will likely be saying bye to their starting tight end and running back, too. Better be one helluva draft for a team that hasn’t been thriving in that area for quite some time, because other avenues of roster building are bleak with such a heavy percentage of the cap in a handful of players.

Neither L.A. team is all that well positioned for the big move to their new $4 billion stadium. This franchise is without its franchise QB of the past 15 years, and even though Philip Rivers wasn’t playing to that level anymore, there is still a huge void to fill. Joey Bosa is ready to become one of the highest-paid defensive players in the NFL, and I wouldn’t expect to see him around much without a new deal (remember their contract clash his rookie year?). So that might make $14M for Melvin Ingram on the other side of the defense a little too steep. It’s also time to pay Mike Williams for real, and Keenan Allen only has one year left on his deal; and the stud move tight end (Hunter Henry) is a free agent. The new QB is gonna need those cats around. On the offensive line, it might be getting close to the end for vets like Russell Okung and Mike Pouncey — and they already had offensive line issues. Somehow this team only won five games despite all the talent on that 2019 roster — though it might not be as star-studded next season. Anthony Lynn signing a one-year extension is hardly a mandate for the head coach long term. This team has hit a crossroads and will be very interesting to see how big ownership spends and what the reception is like in Inglewood.

Bill O’Brien has his fair share of detractors for his abilities as a play-caller and head coach … yet he has been anointed as the head of all personnel decisions as well, despite having no real background in that department. In his short time as general manager he has put the team in a crunch, subsidizing the Jadeveon Clowney trade, overpaying to land Laremy Tunsil in trade and facing some daunting roster decisions moving forward. This feels like a team at a crossroads. Deshaun Watson is at least a $30M-a-year QB. Tunsil has the franchise over a barrel and should seek $20M a year on his extension. J.J. Watt was hurt again last season and pencil him in for 16 games in 2020 at your own peril. The defense is not good, really, at any level, the offensive line isn’t great and they don’t have an every-down running back or tight end on the roster right now. With zero checks and balances between coaching and the front office, and O’Brien showing he’s not really thinking much about anything beyond the here and now, things could get really dicey for this franchise by 2021. Short on picks and assets.

Chicago has only about $13M in cap space and is facing a likely purge of many of the same guys it brought in the past few years to try to prop up QB Mitchell Trubisky and this pathetic offense. The Bears face big needs at the point of attack on both sides of the ball, and also need to find a legit QB to try to push the one they publicly vow remains their starter. Dirty little secret about the Bears — yes they were patently mediocre last year, but they also have the second-highest number of players set to make $7M or more next season (only the Eagles, with 13, have more) and they have seven players making $10M or more; only the Vikings (who have a purge coming) and Eagles, with eight each, have more. Do they have enough wiggle room to manage to get markedly better in one offseason, the last before Trubisky would start to make big money on his fifth-year option? Will the defense that was other-worldly to get them to the playoffs in 2018 continue to decline? If so, the Khalil Mack trade and all the Bears gave up might be worthy of re-examination, too (then again they traded up for Trubisky and passed on Patrick Mahomes and Watson in the process, so everything is relative).