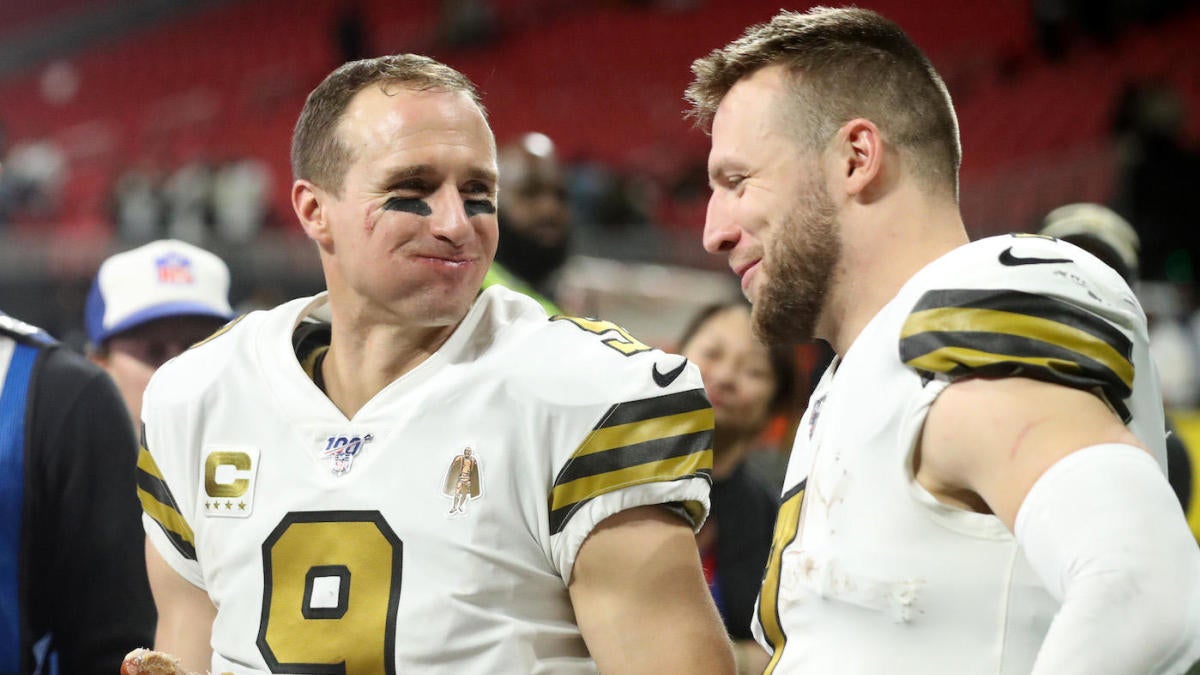 The first domino of the 2020 quarterback carousel fell on Tuesday, as Drew Brees announced that he would return next season to give it another go with the New Orleans Saints. While the fans down in Louisiana can now rest easy about who the starting quarterback will be next season, Brees’ decision also affects the two other quarterbacks on roster.

Taysom Hill and Teddy Bridgewater could end up on different teams in 2020 — the former being a restricted free agent while the latter is an unrestricted free agent. Last month, a report surfaced that the Saints wanted to pass the torch to Hill instead of Bridgewater, and that was going to happen this season if Brees decided to retire. Now that the NFL‘s all-time leading passer is back, Hill will either have to put his franchise quarterback dreams on hold for another year, or hope a team that believes in him as much as the Saints do emerges.

During an interview with ESPN’s Adam Schefter, Hill said that he had a good idea that Brees would be coming back, and while there was a chance he would be starting for the Saints in 2020, he’s happy the NFL legend isn’t done just yet.

“He and I have had conversations in the past and I had a pretty good inkling that he was going to come back, I just didn’t know when everyone else was going to find out,” Hill said. “I’m so excited for Drew to come back, he’s become such a good friend, such a great mentor to me.”

Hill said that he has looked at Brees like a big brother, and that he’s someone he has grown close to. He knows how much Brees means to the Saints and to the league, and Hill has tried as hard as he can to act as a “sponge” whenever Brees is around.

Hill still views himself as a franchise quarterback, and Schefter asked him about the idea of leaving the Saints this offseason to start for another team. Hill left the door wide open with his answer, saying that he was in no hurry to leave New Orleans, but that it would be hard to say no to a team that offers him a huge opportunity.

“It’s a good question,” said Hill. “I think there’s a process of being a restricted free agent. My agent and I are going through that process, and we’ll see what happens. But I’m in no hurry to leave New Orleans. As I look at my career, I have goals and I have a vision for myself as to what I can be in the NFL, and there has been nothing that has been said, or I’ve never been treated in any way that would lead me to believe that the vision I have for myself is not the same vision that coach (Sean) Payton has for me, as well as the other guys on staff. So I’m in no hurry, but I also think that there’s an important element of being a free agent. You finally have the opportunity to sit down and say, ‘What are my goals? What are my visions for myself?’ And then to see who shares those same thoughts as you do. We’ll go through that process, it’s super early so I have no idea what is going to happen. But we’ll go through that process and see what happens.”

As for if there would be another team that views Hill as a franchise quarterback — it’s a big question. Hill has been more effective as a receiver and special teams asset than he has as a thrower. In his career, Hill has attempted just 15 passes — completing seven of those for 169 yards and one interception.

It will be interesting to see how New Orleans handles this situation in the coming months. The Saints could simply match any offer sheet that comes Hill’s way or they could place a high enough tender on him that makes it very unlikely another team will have interest in him.