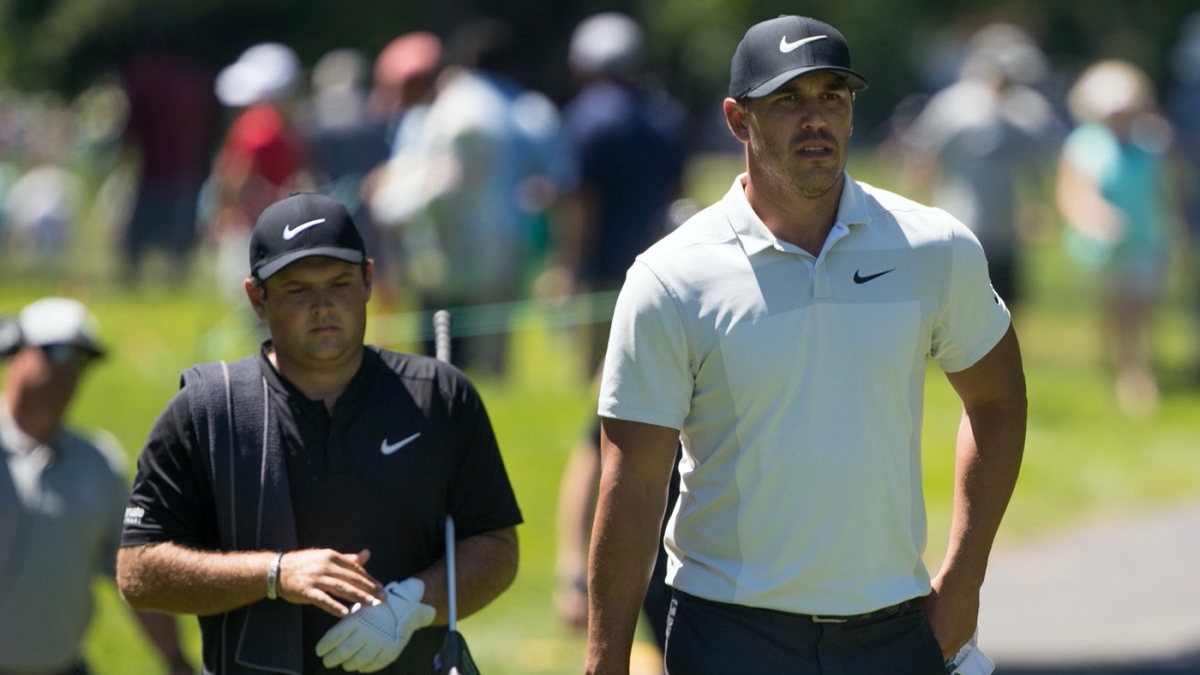 Add another name to the list of folks who think Patrick Reed cheated at the 2019 Hero World Challenge, though this name is bigger than the rest. World No. 2 Brooks Koepka was recently asked about the Reed incident from the Bahamas in December 2019 where the former Masters champion moved some sand and was assessed a two-stroke penalty. Koepka did not hold back in his opinion of the situation.

Before we get to Koepka’s thoughts, though, let’s replay the incident where Reed improved his line of play from the sand.

Koepka was asked about the Reed situation on SiriuxXM PGA Tour Radio this week.

“Was he cheating?” asked Sway, the host.

“Yeah,” said Koepka. “I think, yeah. Yeah. I don’t know what he was doing, building sandcastles in the sand, but you know where your club is. I took three months off, and I can promise you I know if I touched sand. It’s one of those things where you know. If you look at the video, obviously he grazes the sand twice and then he still chops down on it.

“I guess the Astros are going through that right now. Jim Crane said it, when he got asked, ‘Is it cheating?’ And he said, ‘No, we just broke the rules.’ … If you play the game, you understand the rules. You understand the integrity that goes on. I mean, there’s no room for it.”

Intense (but not untruthful!) words from Koepka. His tour of spewing what he thinks about anything and everything in golf continues. And no matter what side of this thing you fall on, that’s a good thing for golf because it creates friction and tension, something the sport often lacks.

Here was Reed explanation at the time of the incident.

“It was in a pretty good footprint, but the footprint was a full footprint and … my club was that far behind the ball when I was actually taking the practice stroke,” said Reed. “I felt like I was taking it up, and obviously, it was hitting a little sand. I didn’t feel it drag. But then whenever … they brought it up to me, and I saw it. It definitely did drag some of the sand.

“Because of that, it’s considered a two-stroke penalty. I didn’t feel like it was really would have affected my lie. Every time I get in the bunker, I’m scared to even get my club close to it, and it was that far away. But whenever you do that, if it does hit the sand, just like if you’re in a hazard area and you take a practice swing and it brushes grass and the grass breaks, it’s a penalty. So after seeing the video, it’s a two-stroke penalty. I accept that. It wasn’t because of any intent.”

Koepka went on to say later in the interview that he’s seen other players at the PGA Tour level bend the rules as well and that he’s just now starting to feel comfortable enough to call people out due to what he’s achieved in the game and because of his current stature in the sport.

Last time this happened and Reed got called out, he got lawyers involved. That may happen again with Koepka, although if it does, it will make for some incredible United States team rooms if those two happen to play together in the same competition.