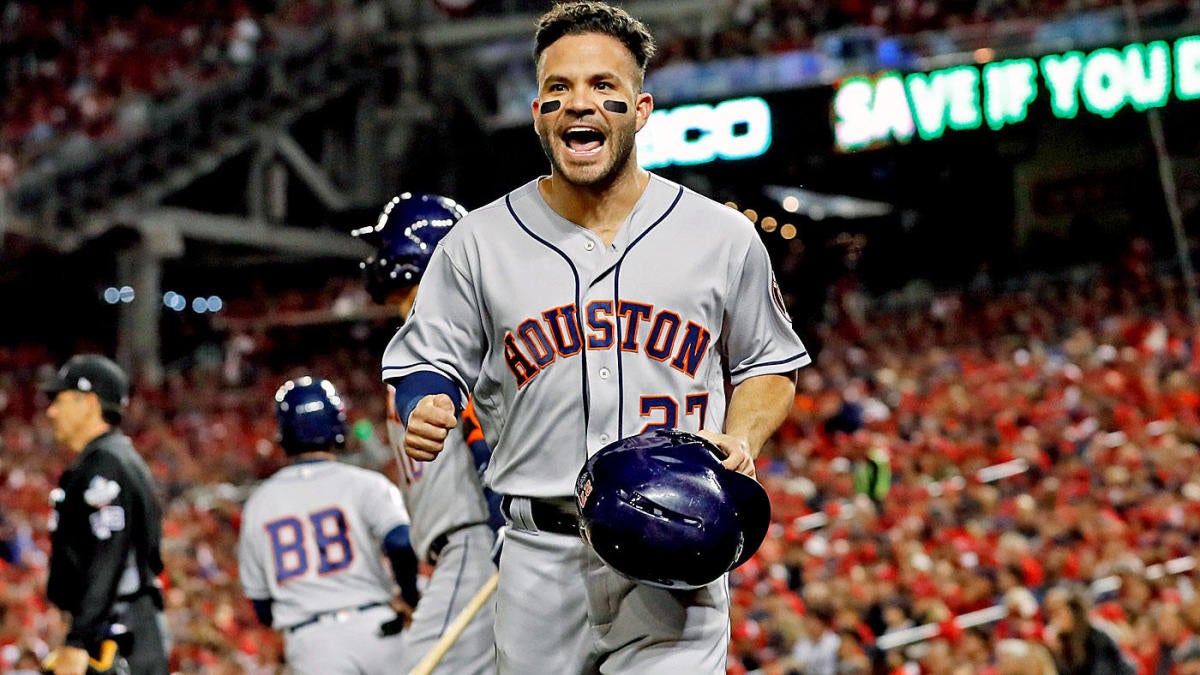 The tattoo reads “Melanie,” his daughter’s name, and has a heart. Carlos Correa recently gave some insight as to why his teammate did not want his jersey off, saying it was because he had a bad tattoo on his collarbone that he did not care to show the world. Altuve, for what it’s worth, said he didn’t want his jersey ripped off because he was shy right after hitting the homer.The Houston Astros have not exactly been league darlings this offseason. MLB’s sign-stealing investigation revealed insight into Houston’s cheating schemes and the team’s odd apologies left many feeling the franchise did not actually show remorse. The scandal is still simmering with spring training games on the horizon. Despite what the Astros may want, the baseball world is far from finished when it comes to discussing this scandal.  During the peak of the drama, a clip of 2017 AL MVP and Astros star Jose Altuve telling his teammates not to take off his jersey following his pennant-winning home run against the New York Yankees last October caught the attention of fans. The clip made rounds on social media this winter and Yankees closer Aroldis Chapman — who surrendered the homer — called Altuve’s behavior “suspicious.”Once the tattoo reasoning was made by Correa, Altuve made sure to reveal it to reporters. Houston’s second baseman strolled into the team’s spring training clubhouse shirtless on Monday, revealing the tattoo to a hoard of reporters.Many are still questioning the tattoo’s connection with Altuve not wanting his shirt off, some are confused about the timing of the tattoo sessions (Altuve said they were during the season in San Francisco) and a lot of people are just plain mad at the whole thing.