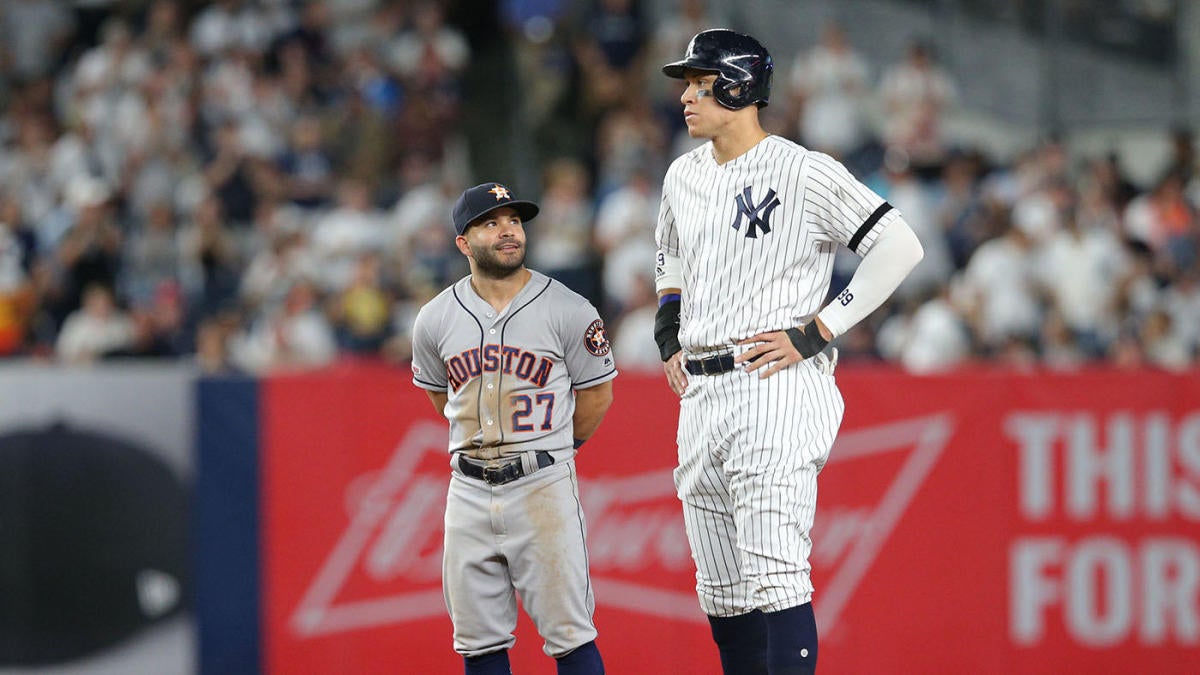 The Houston Astros stole signs electronically in violation of MLB rules. The team was punished for it. Many thought the punishments were inadequate. Many also did not care for the Astros’ apologies. It is spring training, so opposing players are being asked about these matters on the record for the first time.MLB commissioner Rob Manfred has made it clear that the Astros are not going to be forced to vacate their 2017 World Series title, but quite a few folks in and around the game — Judge included, it seems — would like to see that happen. Here’s part of what he had to say:More from Judge:  It was Yankee star Aaron Judge‘s turn to talk Tuesday. Judge’s opinion on the Astros is of particular interest because his team has been eliminated from the playoffs by Houston in two of the last three seasons, and he was the runner-up in 2017 AL MVP voting to Astros second baseman Jose Altuve. Judge’s Yankees were eliminated from the postseason by the Astros in the 2017 ALCS and the 2019 ALCS, and the Astros may have also been stealing signs during the 2019 playoffs. No doubt, all of that is own Judge’s mind right about now, and his comments come from that place. For what it’s worth, the Astros and Yankees will meet for the first time in 2020 on May 15 in Houston. The Astros don’t visit Yankee Stadium in 2020 until Sept. 21. While Altuve did not appear to have benefited from sign-stealing as much as some of his teammates did, he’s still tainted by the scandal, as is his award. Cody Bellinger of the Dodgers brought this particular subplot into the light when he recently commented that, “Altuve stole an MVP from Judge in ’17.” That Judge removed a post in which he congratulated the Houston second baseman suggests he’s inclined to agree with Bellinger’s unsparing assessment.