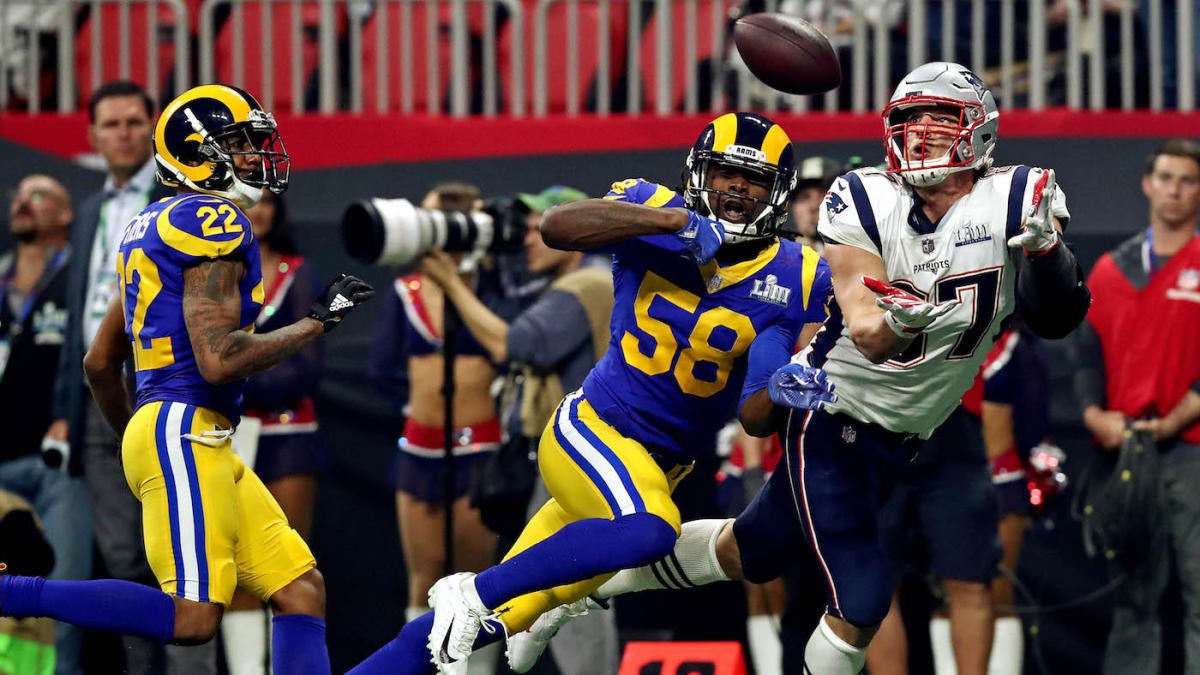 More and more during the past several seasons, NFL teams have begun removing a linebacker from the field as part of the shift from base defenses to using more nickel and dime packages. With the passing game becoming increasingly important and with no sign of that stopping, having additional defensive backs on the field at the expense of a linebacker or a lineman has become the norm.

Because teams now use fewer linebackers than ever before, it’s become of the utmost importance that the linebackers they do use be two-way, three-down players. You have to be able to fill your lane in the run game and cover tight ends and running backs in space in order to prove your value to your team, or else you simply cannot be on the field more often than not.

With that in mind, let’s take a look at some of the top available linebackers on this offseason’s free-agent market.

Littleton has blossomed into a star-level contributor over the past couple of years. You’d have to think the Rams will want to retain him after what was possibly his best NFL season, but with all the money they have laid out building their team and with superstars like Jalen Ramsey still needing to get paid, it’s possible he ends up being the odd man out. If that’s how it goes down, some other team will benefit. Littleton finished last season as Pro Football Focus’ eighth-highest graded linebacker out of 119 qualifiers, racking up 45 stops and missing only one tackle all season. The former 2016 undrafted free agent doesn’t turn 27 until late next season, so he should have plenty of strong football ahead of him.

It’s difficult to imagine Collins’ return to New England going much better than it did. The versatile linebacker was one of the very best players on the best defense in the NFL, and he was an inner-circle Defensive Player of the Year candidate. Just look at his stat line: 80 tackles, including 10 for loss; 10 quarterback hits; seven sacks, seven passes defensed, three interceptions, and three forced fumbles; and a defensive score, to boot. A view of what life was like outside of the Patriots cocoon makes it more likely he simply returns to the Pats for another go-round, which means there’s one less hole New England has to fill.

Van Noy is such a versatile contributor that he also landed on our edge rusher rankings, which is quite a feat for a player who spent a non-trivial amount of time lining up in the slot and at inside linebacker. It’s unlikely that every team would figure out how to utilize him the same ways the Patriots do, but he has shown over the past few years that he can do just about everything he’s asked. In three full seasons with New England, Van Noy racked up 15.5 sacks, 34 quarterback hits, 19 tackles for loss, seven passes defensed, four forced fumbles, four fumble recoveries, an interception, and two touchdowns. He turns 29 this offseason and has clearly found a home in New England, but if the Pats decide they need to allocate their resources to the offense to placate Tom Brady, maybe somebody else can steal him away.

Schobert made the Pro Bowl back in his second season but has not been back despite maintaining pretty much the same level of play over the past two years. Myles Garrett is the star of the Browns‘ defense and Denzel Ward is nipping at his heels, but what Schobert does in the middle of the defense shouldn’t go overlooked. He’s a strong two-way contributor who finished ninth among all linebackers in pass breakups this past season, per PFF, and he’s headed into the prime of his career. (He’ll turn 27 in November.) We don’t yet know who or what the new Browns braintrust will prioritize in free agency, but Schobert should be near the top of the list.

Martinez is a solid contributor to the interior of the Green Bay defense. He’s started every game in each of the past three seasons and has become a tackling machine, roaming sideline to sideline to bring down ball-carriers in a defense that really needs him to do so, given some struggles defending the run up front. Martinez finished last season seventh among all linebackers in run stops at PFF, and also among the top-third of linebackers league wide in yards allowed per reception. Green Bay has laid out a ton of money to remake its defense over the past couple off-seasons, but bringing Martinez back into the fold should be a priority.

Ragland became more of a part-time player in Kansas City this season, but he acquitted himself very nicely when he was out there, ranking 28th among 119 qualified linebackers in PFF’s grading. He stepped up his game in run defense this season, and also showed good timing and dexterity as a blitzer, recording a career-best 12 hurries — eight more than he’d racked up during the previous two years combined. Ragland is still young and still athletic and after the Chiefs laid out some cash to sign Anthony Hitchens and Damien Wilson away from the Cowboys over the past couple of years, they might be inclined to let Ragland walk.

Kwiatkoski started a career-high eight games this season, and also had the most productive year of his career. He finished the season with career-highs in tackles (68), tackles for loss (eight), sacks (three), and passes defensed (four). His strengths come in coverage, which is increasingly important for linebackers in the modern NFL. He makes for a good fit next to Roquan Smith so you’d figure the Bears will want him back, especially since he has blossomed into the player the team likely envision he’d become when they made him a fourth-round pick in 2016.

The Giants have not exactly done the best job identifying linebackers over the years, but Mayo is an exception to the rule. In his first season in New York after four years with the Panthers, Mayo showed out, eclipsing his four-year totals in tackles, tackles for loss, hits, and passes defensed in just one season. He finished the year as PFF’s 18-highest graded linebacker, ahead of players with reputations that far exceed his, line Jaylon Smith of the division rival Cowboys. New York doesn’t typically shell out for linebackers in the draft or free agency, so it’s likely someone else could get Mayo on the market.

Bradham is getting into his late-20s but he is still a very solid off-ball linebacker. He can play the run but his true strength is his work in coverage, where he can line up against tight ends and backs with equal ease. That’s the type of player that makes for an excellent fit in any defense, especially given leaguewide trends. The Eagles have some other important holes to fill on the back end of their defense, but they should probably make Bradham a priority if they don’t want their pass defense to fall off over the middle.

Kendricks returned from his insider trading suspension and had a solid year for the Seattle defense. The Seahawks play more base defense than any team in the NFL so they might want to bring him back alongside Bobby Wagner and K.J. Wright, but he probably makes more sense as a strong rotational linebacker for a team that plays more nickel and dime at this point.

Best of the rest