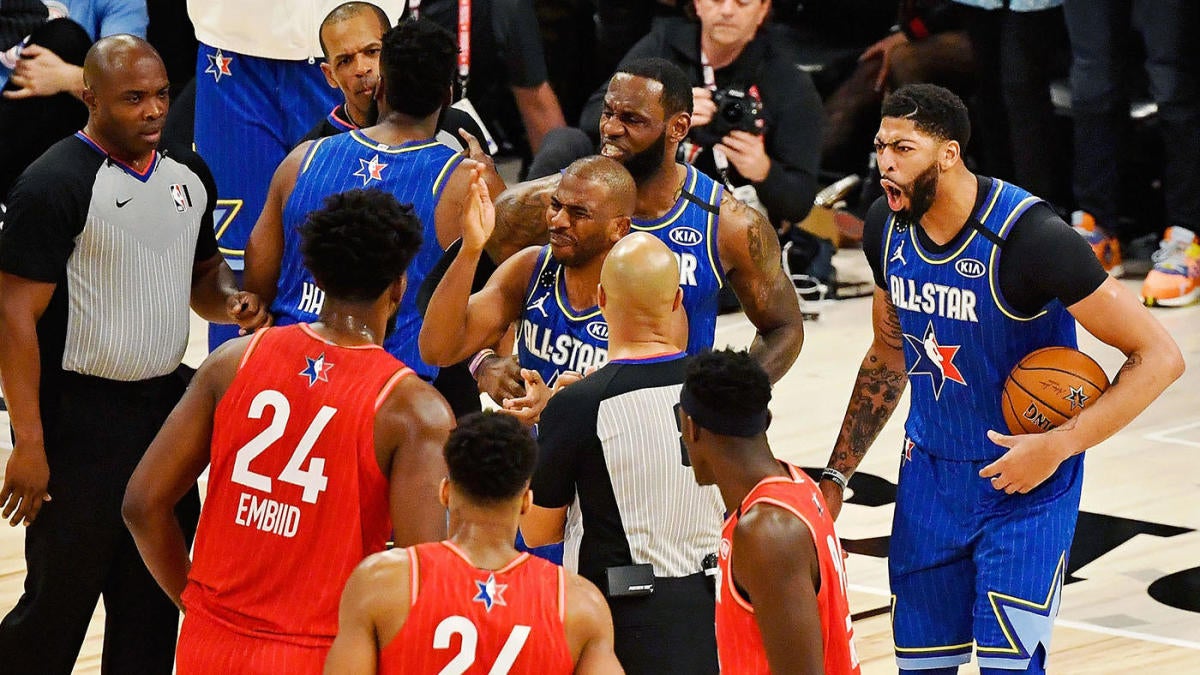 The NBA just produced its best All-Star Weekend in years. Every Saturday event produced an interesting storyline. The All-Star Game itself had its smallest margin of victory in a decade. Even the Rising Stars Game turned into must-watch television. How often do you see a bent backboard?

It was a major win for a league that sorely needed it. With the specter of lost Chinese revenue and declining television ratings looming over the season and the recent deaths of David Stern and Kobe Bryant sucking the league of any lingering joy, the NBA managed to turn a weekend that typically functions as nothing more than a glorified red carpet event into perhaps the most entertaining three-day stretch of the season so far.

And naturally, the league would probably like to reproduce that excitement, both in future All-Star events and in the actual season at large. But how can they do that? Let’s dig through every major event at All-Star Weekend and figure out what worked and what didn’t in this week’s edition of NBA Buy or Sell.

1. Buy or Sell: The Elam Ending should be adopted for regulation games

The Elam Ending’s viability in an All-Star setting isn’t up for debate. It worked. For the first time maybe ever, the fourth quarter of the All-Star Game resembled the fourth quarter of an actual NBA game, except with All-Star talent, as the league has always intended. If it can do that for an exhibition game, just imagine what it could do for real ones.

Proof of concept already exists. The Basketball Tournament has used the Elam Ending since its inception. The BIG 3 plays to 50 with halftime coming the moment a team reaches 25. Intentional fouling is virtually non-existent in those leagues. Literally every game ends on a game-winning shot. Stars wouldn’t be able to sit out the fourth quarters of blowouts as often because reaching the point threshold would remain a necessity. This is a reality that the NBA could theoretically inhabit.

There are still kinks to work out. The free throw ending is one of them. A suggestion that has made the rounds on Twitter involves free throws removing points from the opponent rather than adding them to one’s own score, thus ensuring a field goal as the game-winner. The target score being set 24 points above the leader’s total was meant as a tribute to Kobe Bryant. The league would have to tinker to find the right number. The Basketball Tournament only goes up to eight, but waits until four minutes remain in the fourth quarter rather than eliminating the timed portion entirely.

The G League exists to work through these issues. It already serves as the NBA’s laboratory for all things unorthodox. If nothing else, Sunday’s game should at least proved the necessity for further exploration. Maybe the Elam Ending never reaches the highest levels of professional basketball, but it should not be for lack of trying.

2. Buy or Sell: The Slam Dunk Contest needs to be revamped

Here’s everything you need to know about the 2020 Slam Dunk Contest: Aaron Gordon earned five perfect scores in an event designed only to allow four dunks … and still managed to lose. Gordon now has the most total perfect 50’s in the event’s history with eight, and he’s never won it.

Whether you believe Dwyane Wade went rogue to swing the contest toward former teammate Derrick Jones Jr. or the judges simply made an honest mistake in attempting to orchestrate a tie is hardly relevant. The process that led to Gordon losing the Dunk Contest was broken, and it needs to be fixed if the event is going to be taken seriously moving forward.

Any number of easy fixes exist. A winner could be decided based on cumulative score rather than simply the final. Scores could be eschewed entirely in favor of judges ranking the four dunkers individually. Let Twitter decide for all anyone cares. Saturday exposed the great systemic flaws of All-Star Weekend’s marquee individual event. The adoption of the Elam Ending proved the league’s willingness to adopt unorthodox methods in the name of fixing broken elements of All-Star Weekend. That flexibility needs to be applied to the Slam Dunk Contest.

3. Buy or Sell: The Dew Zone shots were a necessary update to the 3-Point Contest

Shooters move farther and farther back every year. Five years ago, Jamal Crawford led the league by attempting 27 shots at least 29 feet away from the basket. This season, James Harden doubled that before the All-Star Break. The league tried to reflect that in the 3-Point Contest by adding two shots that were an extra six feet behind the arc. Those shots were worth three points.

They were also wholly unnecessary. The 3-Point Contest was designed perfectly from the start. With 25 shots, the sample is big enough to crown a legitimate champion but not so big as to tire out the contestants. Every addition from that basic premise just makes the contest worse. Even the money ball is nonsensical when any amount of thought is applied. It shouldn’t be possible for a player to make the most shots and still lose simply because the balls he used weren’t the right color.

The Dew Zone shots, in theory, at least test a separate skill set, but the premise is inherently flawed because such shots are not worth extra points in an actual NBA game. In the context of the contest itself, they just present extra work for the contestants, taking them out of their rhythm and grinding their run to a halt. Unlike several other events, this one was just fine the way it was.

4. Buy or Sell: Big men own the Skills Challenge now

The Skills Challenge was an event designed to showcase guards. The event’s first 14 winners were all guards, but since the NBA revamped the format to pit guards against big men, the centers have thrived. Three of the past five winners have been big men. On Saturday, the taller player won the first six head-to-head matchups before Miami Heat big man Bam Adebayo took down Indiana Pacers center Domantas Sabonis in the finals.

So does this mean that the event belongs to centers now? Of course not. Just look at the structure of the event. Most of the event is just spent dribbling, and any player picked to compete in the event in the first place is capable in that department. The layup should be automatic to any NBA player as there is no defender. The only true challenges are the pass and the 3-point shot. Well neither is a given, the fact that there are only two realistic obstacles limits any real predictive power size might have in the event. All it takes is one missed pass or one missed shot to lose. That creates an absurd amount of variance. All it takes is one bad break to get knocked out of the tournament.

The big men dominated on Saturday. There will be years in which they continue to do so. There will also be years owned by the guards. Ironically, skill is the least-important factor in crowning a winner here. It’s all about luck. Even Larry Bird will miss the occasional wide-open 3-pointer. Even Shaq will occasionally make one. As long as the samples are this small, randomness will own the event.

5. Buy or Sell: Rising Stars has become a marquee event

As conceptually interesting as a USA vs. World battle might be, the Rising Stars Game is the event most often skipped by fans during All-Star Weekend. It lacks the star power of the actual All-Star Game and the novelty of Saturday’s slate, so with two full nights of action ahead, Friday is almost always overlooked in favor of the rest of the weekend.

This year’s game might have been the most fun event of the weekend, though. Luka Doncic pulled up from half court, Ja Morant put on a gorgeous passing display and virtually everyone involved threw down at least one enormous dunk, culminating in such a massive slam from Zion Williamson that the basket itself actually bent.

The structure of that paragraph should explain why this year was an anomaly, though. Doncic, Morant and Williamson aren’t going to be rookies and sophomores forever. The game is completely reliant on the quality of young players entering the NBA. The last two years happened to produce a historic crop of extremely entertaining superstars. If anything, what we saw on Friday serves as far more of a prelude for exciting Sundays moving forward than evidence of a rising profile for the Rising Stars Game. The game itself wasn’t the star. The stars were.