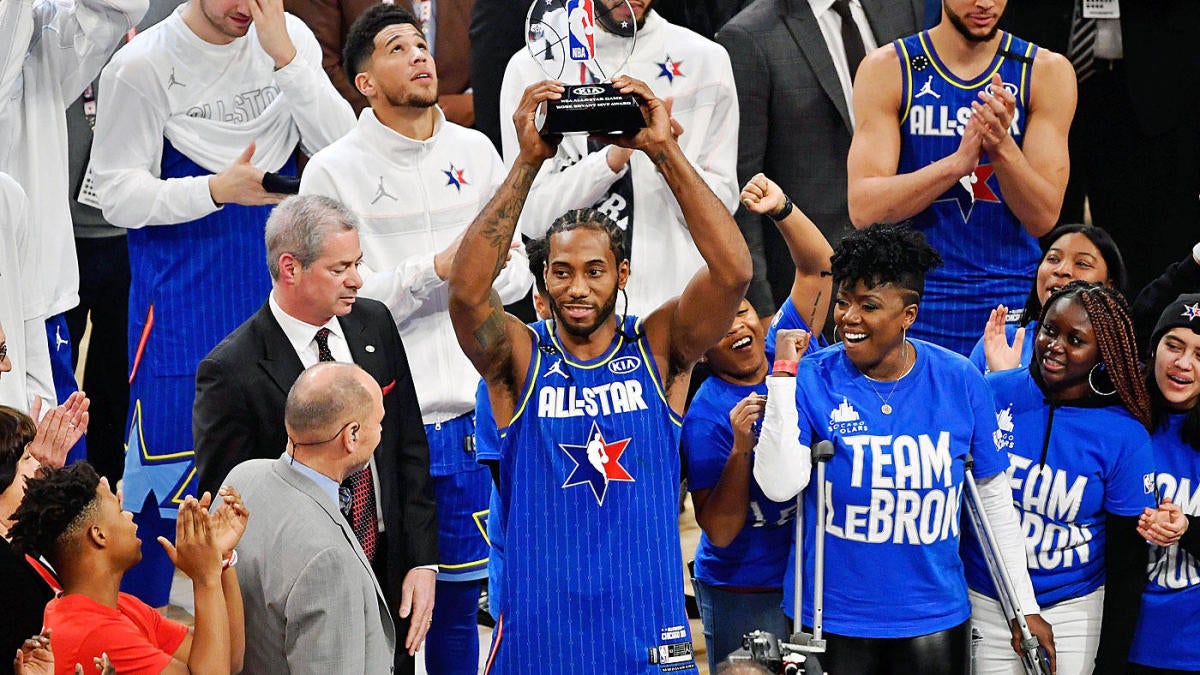 Now THAT is what you call a successful NBA All-Star Weekend.

In a weekend centered around celebrating the first half of the season and its biggest stars, on top of commemorating the lives of Kobe and Gianna Bryant as well as David Stern, the league benefited from a full slate of exciting performances and heartwarming tributes.

This particular All-Star break saw a series of firsts. From a new All-Star Game format, to brand-new, jaw-dropping dunks and a newly named MVP award, everyone involved in the league’s events experienced some uncharted territory one way or another.

With the second half of the season now in clear sight, let’s look back and name a few of the winners and losers from the 2020 NBA All-Star Weekend.

Following the tragedy of Kobe Bryant’s death, the league announced that this year’s All-Star Game would feature a different format than in years past. First, each of the first three quarters would be scored individually, with the winning team of each quarter donating $100,000 to a charity of its choice. The fourth quarter would then be played to a target score of 24 points more than the leading team’s score through the first three quarters. Essentially, there was no running clock and instead just a specific number both teams had to reach.

Originally, this idea was met with a bit of backlash and confusion from fans. But the product undeniably delivered the most competitive All-Star Game we have seen in years.

With the target score set at 157 as both teams entered the game’s final frame, the intensity on both ends of the quarter spiked noticeably. Team LeBron trailed Team Giannis 133-124 before mounting an 11-point a comeback mostly featuring a lineup of Chris Paul, James Harden, Kawhi Leonard, LeBron James and Anthony Davis.

Paul was on fire from beyond the arc, hitting seven 3-pointers over the course of the contest. Leonard was his typical stoic yet dominant self, cruising to a game-high 30 points without cracking a smile the entire time. James quarterbacked his team and delivered the game’s final pass to Davis, who was fouled by Kyle Lowry under the basket, giving the Lakers’ big man an opportunity to score his team’s 157th point from the free throw line.

All in all, the performance in the game’s last quarter was reminiscent of a playoff atmosphere. Arguably, most compelling of elements was the intense defense being played throughout the game.

Ten All-Stars on the court, most of which are guaranteed Hall of Famers, playing lock-down defense in a game known most for its lackadaisical effort. Two of the biggest moments on the defensive end involved both team captains and embodied perfectly the level of heightened effort each team was competing with:

It was incredibly refreshing to watch these two teams give an inspired effort in an exhibition game. The new format worked beautifully.

On a night that was dedicated to one of the league’s more fearsome competitors, everyone on the court played with the type of fire that Kobe Bryant would have been proud of.

Despite the massive success and entertainment of a feel-good weekend for the NBA, there still wound up being one loser at the center of it all.

Ideally, a celebratory weekend with fun, light-hearted contests shouldn’t produce what is typically labeled as a “loser” in this column. But the Slam Dunk Contest on Saturday night delivered just that when it appeared that Aaron Gordon was robbed of victory.

Over the course of the competition, Gordon received five different perfect scores and still did not leave the arena with a victory. Miami Heat forward Derrick Jones Jr. was crowned champion following a windmill dunk from just inside the free throw line during the “dunk-off” portion of the final round.

Both players had scored perfect 50s on their first two attempts, which led the judges to declare a “one dunk for all the marbles” scenario. Following Jones” windmill attempt, which netted a score of 48, Gordon attempted to go for an even more impressive feat.

On hand and in the crowd was Boston Celtics rookie center Tacko Fall. Fall, an internet sensation and crowd favorite, is the tallest player in the league standing at 7-foot-5. Gordon’s plan? Have Fall hold a basketball behind his head while Gordon attempted to leap over the league’s largest player.

If you’re wondering how that went, take a look.

Jumping over a person is incredibly impressive. But at this point, players appear to accomplish that with ease nearly every dunk contest. But jumping over someone who is 7-5 raises the bar to an entirely different level. It’s borderline defiant of the laws of physics. Honestly, how did Gordon manage to jump THAT high?

At any rate, his efforts fell short of what the judges deemed a victorious dunk and he was awarded the score of 47 – one point lower than Jones’ score.

Though, that’s where the story begins to get interesting.

One of the judges, Common, told ESPN’s Ramona Shelburne that the panel of judges agreed before scoring that the competition was going to end in a tie. He went one step further, saying, “But somebody didn’t do it right. I don’t know who it is.”

NBA Twitter and basketball fans across social media drew their own conclusions, most popularly that Heat legend Dwyane Wade fixed his score so his former teammate could win the competition.

Regardless of a rigged score or whatever it is that actually happened at the judge’s table on Saturday night, one thing remained clear: Aaron Gordon put together a string of the event’s most impressive dunks and walked away empty-handed. Unfortunately, that lands him as the weekend’s sole loser.

That meant the 2020 winner would be the first recipient of the newly named trophy. It was fitting that the first player to take home the award was one with a close connection to the Black Mamba.

Kawhi Leonard displayed his trademark dominance and efficiency on both ends of the court all night. In the fourth quarter, surrounded by nine other of the world’s best basketball players, Leonard still found a way to separate himself from the pack by making a series of impactful plays on defense and clutch shots when his team needed a bucket.

A game-high 30 points allowed Leonard to claim the award, and afterward he let it be known that his team’s victory and his performance were dedicated to the man that inspired them all.

“This one is for him,” Leonard said.

As it should be.

Leonard’s MVP night held greater weight than a typical All-Star Game MVP performance. The significance to the game and the award were taken to new heights, and Leonard’s tribute was just another on the long list of impactful moments displayed by the basketball community during All-Star Weekend.