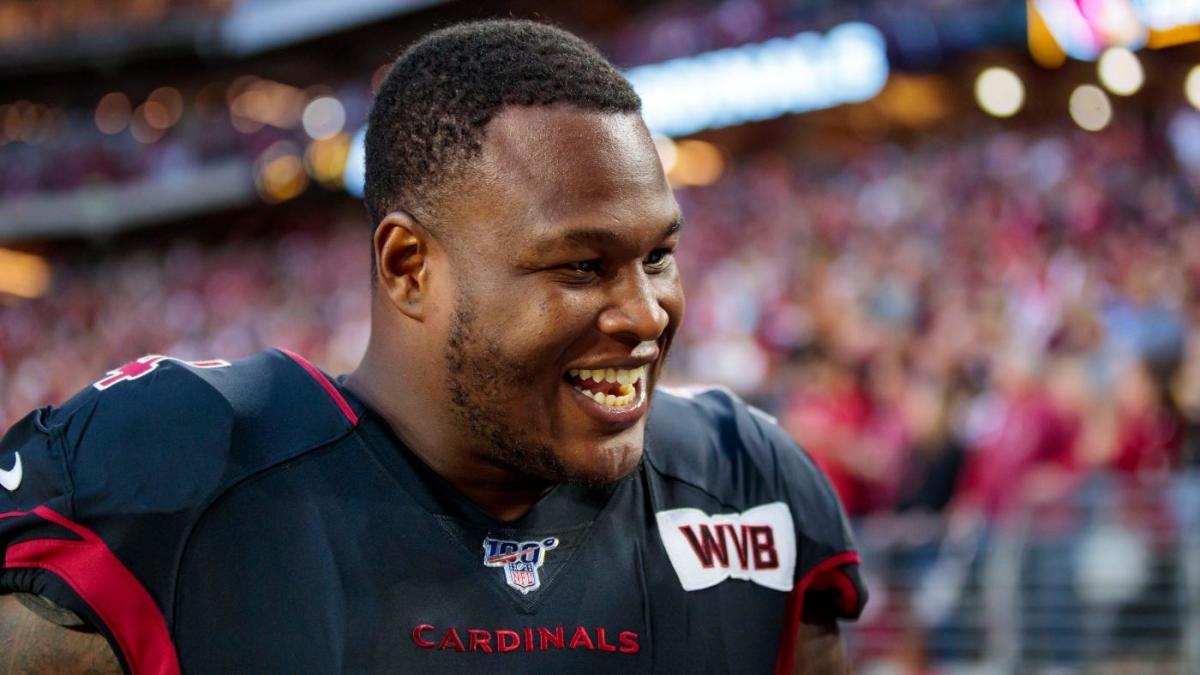 The Arizona Cardinals and starting left tackle D.J. Humphries have agreed to a three-year contract extension worth $45 million, according to NFL Media’s Mike Garafolo. The deal includes $29 million guaranteed. Humphries was expected to be one of the best left tackle options available in free agency this March, but those teams in need of an offensive line upgrade will have now have to look elsewhere.

Arizona selected Humphries, 26, out of the University of Florida with the No. 24 overall selection in the 2015 NFL Draft. He has played in and started 43 of 80 regular season games since. In the first year under head coach Kliff Kingsbury, the NFC West franchise compiled a 5-10-1 record with wins over the Browns and Seahawks coming in the final three weeks. Quarterback Kyler Murray won Offensive Rookie of the Year so the franchise is hell-bent on supplementing the offensive roster around him. The retention of Humphries was a big part of their plan. Center A.Q. Shipley and Humphries were the longest-tenured returning linemen for Arizona.

A few of the remaining Cardinals’ free agents-to-be include offensive tackle Marcus Gilbert and running back Kenyan Drake, who was acquired from the Dolphins at the NFL Trade Deadline. According to Spotrac.com, Arizona had roughly $51.5 million in salary cap space, which was the 15th most across the league, prior to the Humphries extension. Nearly every offensive position is in need of attention this offseason. A full list of team needs can be found on CBSSports.com.

The market for offensive tackle help is expected to be competitive. When CBS Sports compiled offseason needs, 25 teams had either a primary or secondary need at the position. Bryan Bulaga of the Packers and Jack Conklin of the Titans are a few of the other notable pending free agents. There is also a robust crop of offensive tackles coming out in the 2020 NFL Draft as well.