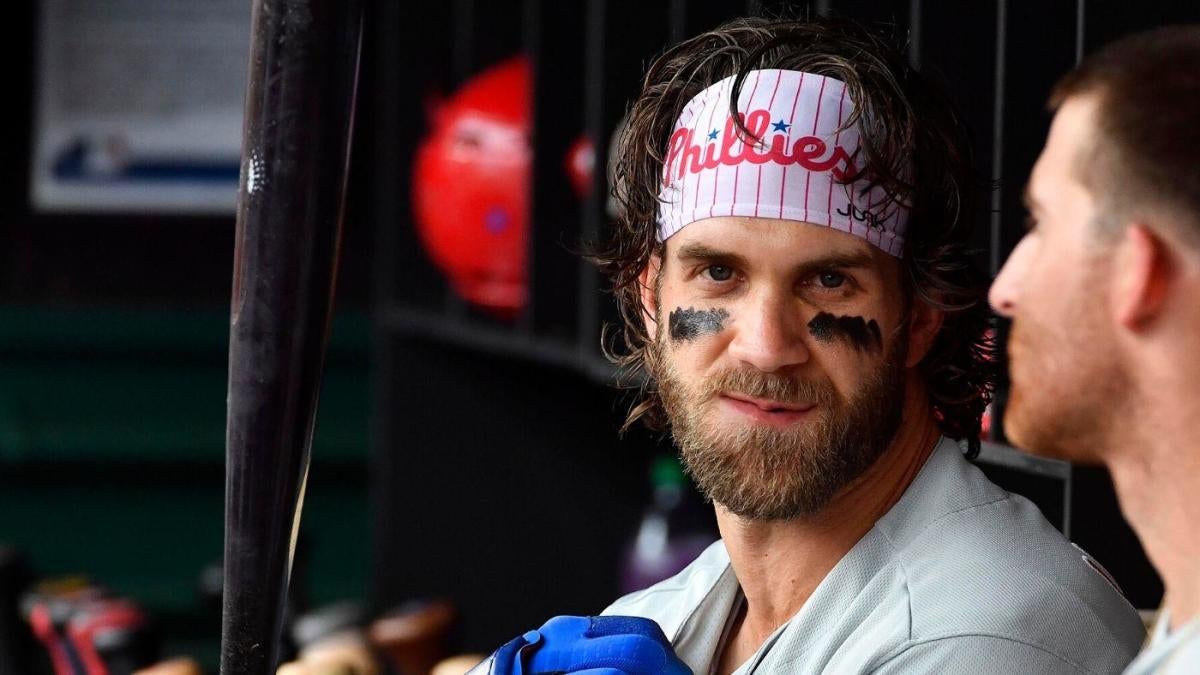 “[…] But I can’t give up Spencer Howard and Bohm, and possibly give up our whole future, for a year and a half of KB if we don’t sign him to an extension. And I know there’s a guy in there that we need to sign to an extension. I think having a guy like J.T. [Realmuto] for the next six years would help us.”Since Bryant lost his service-time grievance case to the Cubs last month, he won’t become a free agent until after the 2021 season. An arbitrator determined the Cubs didn’t violate service-time rules when they summoned the third baseman to the majors April 17, 2015, one day after he would have accrued a full year of service time. As a result, Bryant’s now become much more valuable on the trade market. The 2016 National League MVP will make .6 million in 2020 before entering salary arbitration for a final time in 2021.Bryant, 28, enters his sixth year with the Cubs after posting a .282/.382/.521 slash line with 31 home runs in 147 games last season.

Trade talks surrounding Chicago Cubs third baseman Kris Bryant have been among the most notable baseball rumors this offseason. That speculation didn’t die down before spring training, and the Philadelphia Phillies are one of the clubs reportedly interested in exploring a trade for Bryant.Here’s what Harper told The Athletic’s Meghan Montemurro:

Bryant landing in Philadelphia would reunite him with fellow Las Vegas native and longtime friend, Bryce Harper. However, the Phillies’ 0 million star wanted to pump the brakes on that possibility. Harper, speaking to reporters at spring training in Clearwater, Florida, pointed out that trading for Bryant would likely involve the the club trading away top prospects Alec Bohm and/or Spencer Howard.”I mean, you have to have certain guys on your team that make less money to also have guys that make more money, as well. Kris, of course, you want an All-Star caliber player, but we have [Alec] Bohm. We have a big-time third baseman and we were able to get him in the draft. Of course, any time you’re able to add an All-Star caliber player, you’re going to want to add an All-Star player. But you have to be able to know you developed a player in the minor leagues that can also help you at third base, and Bohm could be that guy for us. He could come up and be one of the best third basemen in the second half or whatever it is.  Harper’s response shows he’s thinking about the Phillies’ long-term future as he enters the second of a 13-year megadeal.