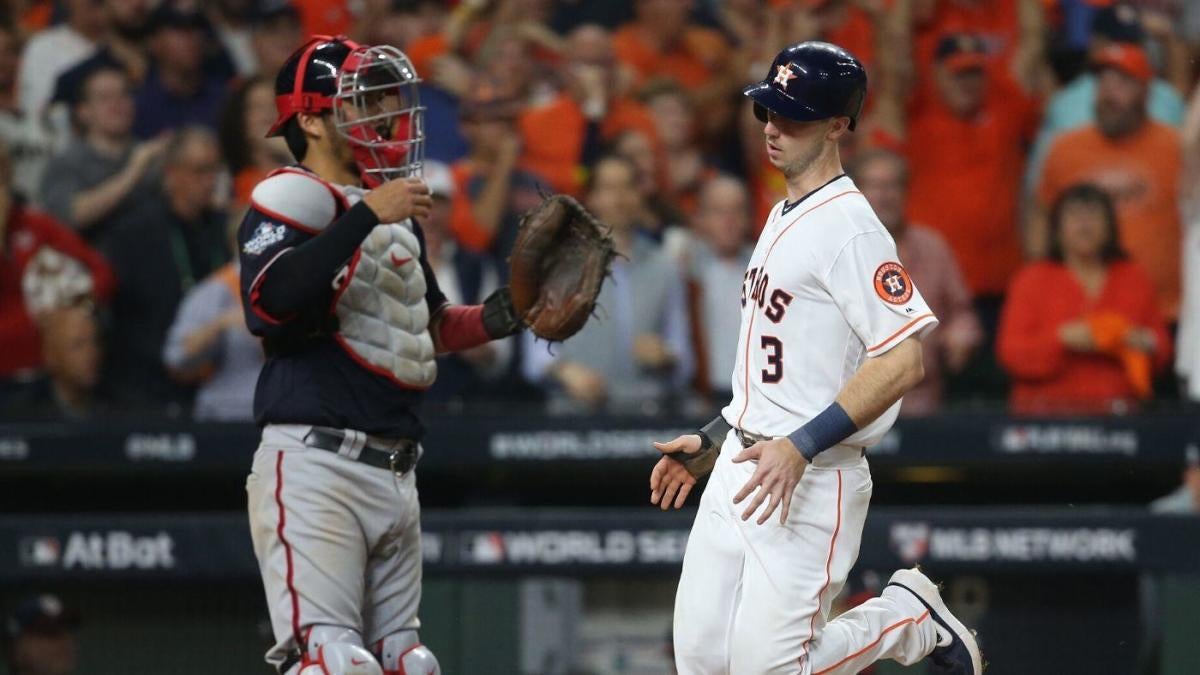 “Do you think the Astros were still cheating in the ’19 World Series,” I asked.The Astros are known to have stolen signs via electronic means during the 2017 season, when they won the World Series, and during at least part of 2018. Now veteran catcher Kurt Suzuki, whose Nationals edged the Astros in seven games for the title this past season, says Houston was stealing signs during the 2019 Fall Classic.

“We got a couple of big strikeouts when their crowd was so loud they couldn’t hear,” Suzuki said. “The whole thing was crazy. I got messed up on signs a couple of times, had to call time and take us out of rhythm. I kept thinking, ‘We have to go to the field and work early on our signs in the World Series just to stop their cheating.’ It’s so stupid and so wrong.””Oh, yeah, no question,” Suzuki said. “We could hear it from their dugout. We heard their whistling. What are you going to do?”Maybe that’s not the pitch Suzuki’s referring to, since Max Scherzer appeared to miss his spot, but it otherwise fits the description. Unstated is whether the Astros were, in violation of the rules, again using a video monitor to aid their sign-stealing, as they did in 2017. Using non-electronic methods to steal signs is both allowable and perfectly acceptable, but suffice it to say the Astros have not earned the benefit of the doubt on such matters. No need to parse Suzuki’s words — he says the Astros were indeed stealing signs during the 2019 World Series. You’ll recall that tempers flared during the 2019 ALCS when some members of the Yankees thought the opposing Astros were whistling to signal what pitch was coming, so Suzuki’s claims certainly square with that.

[…] The good news for baseball is that the Nationals prevailed in this series. Otherwise, Suzuki’s comments might force us to regard yet another championship as being tainted. Via Thomas Boswell of the Washington Post, here’s what Suzuki had to say on the matter: As for the pitch Suzuki references in his comments, here’s a best guess at what he’s talking about — a 1-2 fastball up and in to Yuli Gurriel during the first inning of Game 1: