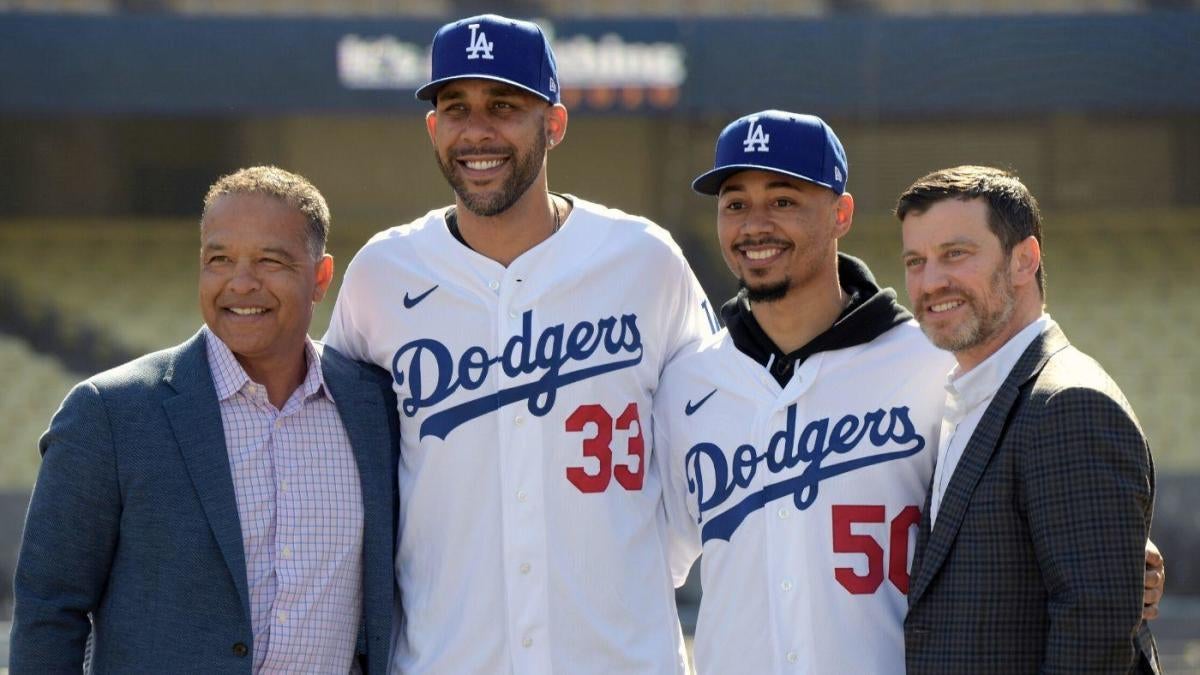 The Yankees signed one player to a big-league deal who wasn’t previously with the club. That player was Gerrit Cole, so at least they made their efforts count. Brian Cashman also re-signed Brett Gardner, and he might choose to carry Chris Iannetta as Gary Sanchez’s backup. The Yankees didn’t need to do much to be the favorites in the American League, so whatever.Andrew Friedman acquired Mookie Betts and David Price (plus cash) without giving up anyone his roster will miss. That’s a winning offseason by itself, but Friedman could look awfully smart if some of his lower-level signings — Jimmy Nelson, Alex Wood, Blake Treinen — pan out. Should Friedman hold onto Joc Pederson and Ross Stripling, the Dodgers will have arguably the deepest roster in the game.Derek Falvey and Thad Levine are pretty good at this whole running a team thing. The Twins didn’t take it easy after winning the American League Central. Instead, they inked Josh Donaldson, replaced Jason Castro with Alex Avila, and rebuilt their rotation on the fly. Falvey and Levine kept Jake Odorizzi and Michael Pineda, and built depth by signing Homer Bailey and Rich Hill, and, most recently, by acquiring Kenta Maeda. Unlike last season, the Twins will enter 2020 as the favorites to win the division.

Obviously Anthony Rendon is the big fish here. Billy Eppler tried to shore up some other weaknesses on the roster by adding Jason Castro, Julio Teheran, and Dylan Bundy. It’s a shame the Joc Pederson-Ross Stripling deal fell apart, because that trade seemed to give the Angels exactly what they needed: another quality most-days outfielder and competent pitcher.

Before getting down to business, let’s be clear about a few things. Determining the best offseasons is a subjective matter; not everyone is going to agree with who we included or excluded. We take no offense if you think this or that team should be on here instead of someone else.

It would’ve been easy for the Reds to hit the reset button after last winter’s aggressiveness failed to pay off. They didn’t, opting instead to push forward. That meant inking Mike Moustakas and Nick Castellanos, as well as Shogo Akiyama and Wade Miley. At least one projection system has the Reds as the favorites in the National League Central, which says something about both the stagnation of the rest of the division and the effort put in by Cincy’s front office.

Arizona’s front office is a deep postseason run away from being recognized as one of the best in the business. Mike Hazen has rebuilt his farm system and retooled his big-league roster without requiring much of a down cycle. That trend should continue this year thanks to another savvy offseason. Madison Bumgarner and Starling Marte will serve as the headliners, but don’t sleep on the additions of Kole Calhoun, Junior Guerra, Hector Rondon, and Stephen Vogt.

Alex Anthopolous and the Braves were aggressive early on, signing Will Smith, Travis d’Arnaud, and Cole Hamels during the first half of the offseason. (The Braves also retained Chris Martin, one of the better free-agent relievers available.) Their most notable addition after that point was Marcell Ozuna, who bypassed multi-year offers to replace Josh Donaldson in the middle of Atlanta’s order. We would like to see the Braves consolidate some of their pitching surplus into a long-term fix at third base, but they stand a real chance at repeating as division champions.

The Nationals won the World Series last fall, and liked that group enough to bring most of it back, including free agents Stephen Strasburg, Howie Kendrick, Asdrubal Cabrera, Daniel Hudson, and Ryan Zimmerman. While Mike Rizzo failed to retain Anthony Rendon, he buttressed the existing core by adding Starlin Castro, Eric Thames, and Will Harris from outside the organization. There’s obvious downside to this roster — Strasburg and/or Max Scherzer could carry over their heavy October workloads; the older role players could crater; the lack of a real farm system might prevent meaningful upgrades; and so on — but on paper the Nationals appear positioned to make another run at the postseason.

On the one hand, Jon Daniels failed to land a big bat ahead of the Rangers’ move into a new ballpark. On the other hand, he did rebuild the rotation by adding Corey Kluber, Kyle Gibson, and Jordan Lyles, turning a weakness into a potential strength. Daniels’ offensive gets were more nuanced — Robinson Chirinos is back, and they’ll hope to get passable production at the hot corner between Todd Frazier and Matt Duffy — but could work out OK, too. There’s a non-zero chance the Rangers end up making more noise in the AL West than anticipated.

Onward we go with 10 teams that did well this winter. (Note that the teams are not presented in any particular order.)