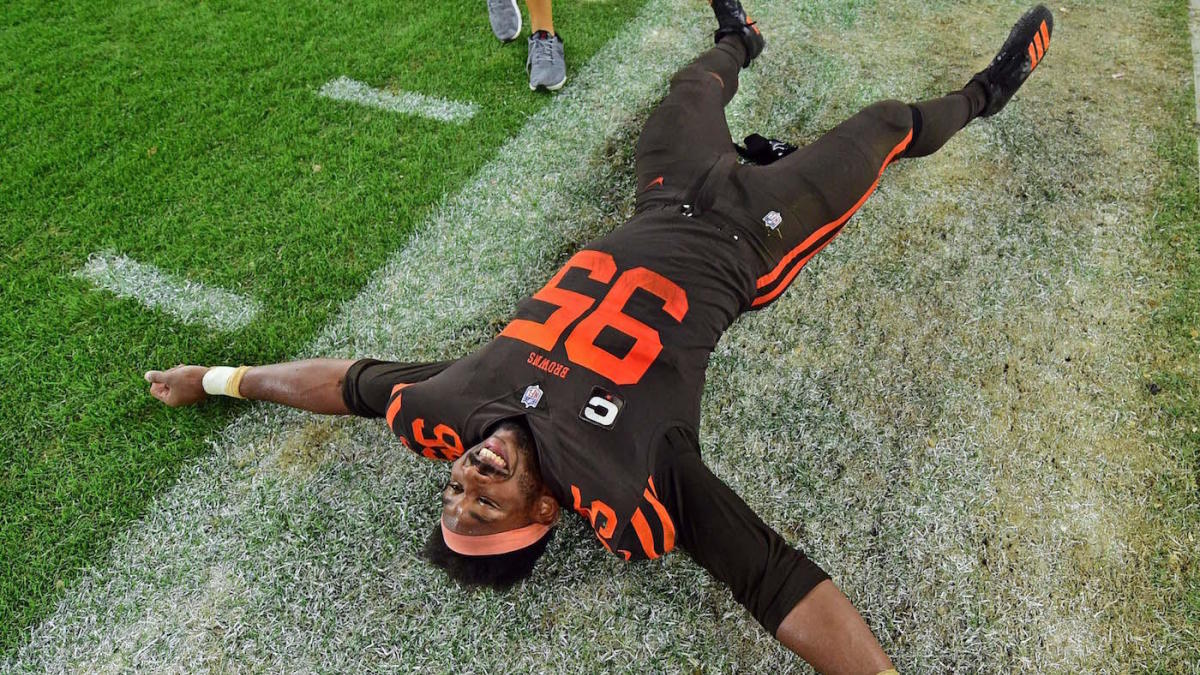 Cleveland Browns pass rusher Myles Garrett is coming off of a low point in his career. The former No. 1 overall pick was suspended after a melee against the Pittsburgh Steelers, in which Garrett removed the helmet of quarterback Mason Rudolph and swung it at his head, just making contact. The league disciplined 33 players and levied over $700,000 in fines, but Garrett received the worst of it. The NFL suspended Garrett for the rest of the regular season and the postseason if the Browns were to make the playoffs. He was told to undergo counseling and had to apply to be reinstated by the league. Garrett was officially welcomed back to the Browns earlier this week.

It’s sad that what might be the worst thing Garrett will do in his career occurred during his best season. Last year, Garrett recorded 10 sacks in the first seven games of 2019. He was even more dominant than the total sacks showed. He was on his way to putting up career numbers all across the board before a bad decision prematurely ended his season.

Browns defensive line coach Chris Kiffin is excited about what the future holds for Garrett, and he believes that Garrett will be able to put last year’s events in the rearview mirror quickly with how he plays in 2020.

“Myles is an athletic freak as everyone knows, but what excites me about him is he’s just getting started. He’s just scratching the surface of what he can be,” Kiffin said, via the team’s official website. “In talking with him, he’s really eager to get back to work and he wants to chase greatness and I think when you have that mindset, it’s going to be really easy to coach. It’s going to be really fun to coach and it’s going to carry off on everybody else too in the room.”

No one remembers that Garrett was playing some of the best football of his career in 2019, they just remember him swinging a helmet at another player. It’s now up to him to remind everyone that he can be one of the best pass rushers in the NFL, and Kiffin believes that’s what’s coming in 2020.

In 37 career games, Garrett has recorded 104 combined tackles and 30.5 sacks. Garrett’s 13.5 sacks in 2018 earned him the first of what the Browns hope to be several Pro Bowl appearances.