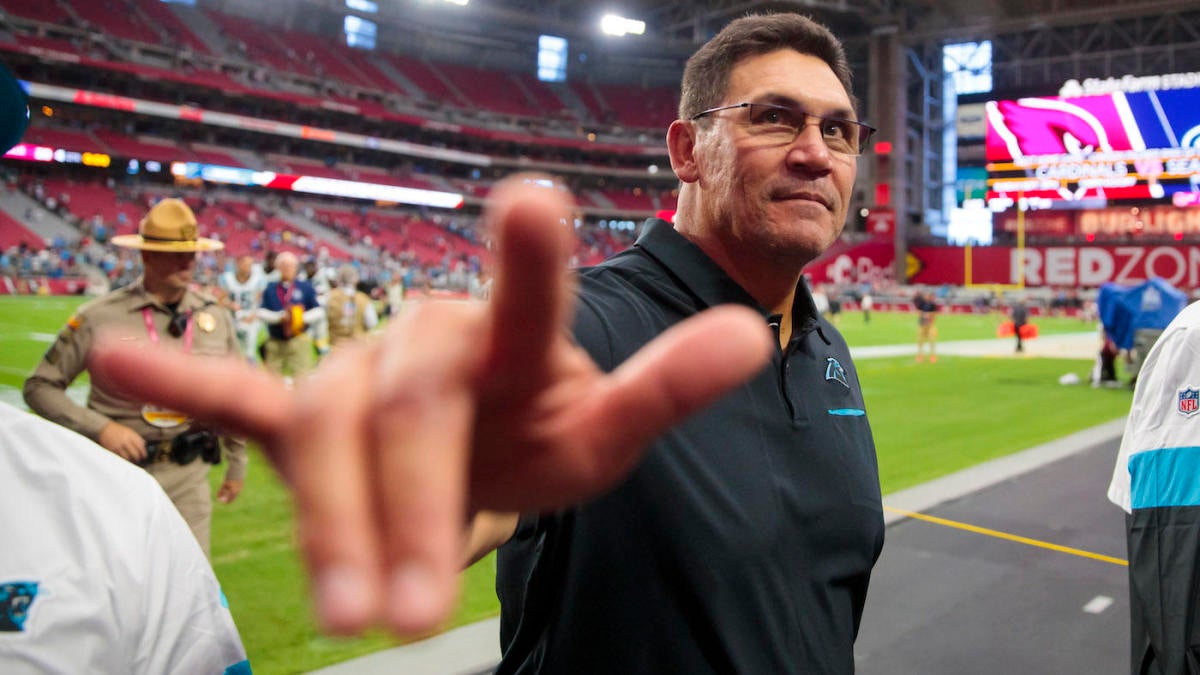 Out with the old and in with the new. Washington Redskins head coach Ron Rivera is gearing up for his first offseason with his new team, but has something he needs to do first: Ditch all of the Carolina Panthers gear.

Rivera was fired by the Panthers last December after recording a 5-7 record. He leaves Carolina with more wins than any coach in Panthers history — including John Fox. Before he departs from Charlotte for good, he’s going to give back to the community one last time.

According to the Charlotte Observer, The Humane Society is hosting a Rivera-Panthers yard sale featuring items from a “massive donation” to the society by the ex-Panthers head coach and his wife, Stephanie. The items are mostly Panthers’ apparel and team memorabilia from Rivera’s private collection.

Ron and his wife will attend the event, and take photos with fans as well as sign autographs for those who make a donation to the Humane Society of Charlotte.

“The Rivera family has been an invaluable partner to HSC over the last 9 years,” Donna Stucker, the humane society’s vice-president of philanthropy, said in a statement Wednesday. “We’re sad to see them go, but are excited for their family’s new adventure and thankful for their help raising donations for HSC and serving as honorary chairpersons for the We Are Family Capital Campaign.”

Both men’s and women’s Panthers gear will be for sale at the event, and so will items from players and other coaches. You can bet that some of his famous shirts will be there for the taking as well. The Riveras supported the society for nearly a decade, and wanted to do one last good deed before leaving Carolina.

Rivera, who is viewed as a widely respected players coach, is a two-time NFL Coach of the Year winner and was able to bring his Panthers to Super Bowl 50 back in 2015. He has a regular-season coaching record of 76-63-1, while going 3-4 in the playoffs.