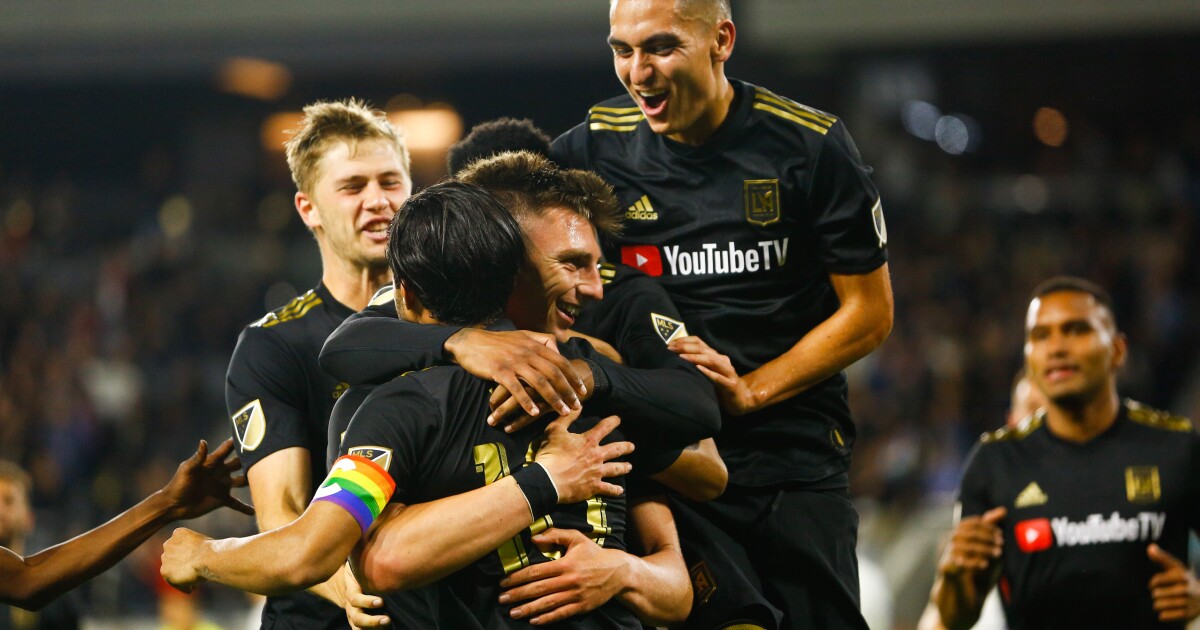 LAFC finished 18th in the Soccerex Football Finance 100, an annual report ranking the world’s top clubs according to their financial health. The report will be formally released Thursday.

LAFC, listed in the report for the first time, earned an index score of 1.657. That factors in five key financial variables — playing assets, tangible assets, cash in the bank, potential owner investment and net debt. LAFC finished four spots ahead of the cross-town rival Galaxy, the top-ranked MLS club in the two previous editions of the index.

LAFC scored high based on the combined wealth of its star-studded ownership group and the combined value of its roster — which, at $42.2 million, is the second-highest in MLS according to London-based Soccerex, which bills itself as the largest organizer of global soccer business events.

“Congratulations to LAFC. The club has made a huge impact since joining Major League Soccer and this is in no small amount due to the commitment and vision of their ownership group,” Philip Gegan, manager director of Soccerex, said in a statement. “Europe continues to dominate the business landscape of soccer globally but as MLS, now entering their 25th season, goes from strength to strength and as the league continues to expand, I expect the volume of clubs in our report to increase.”

The Football Finance 100 is designed to highlight the power and influence of top clubs around the world by focusing not just on performances on the field but by also taking into account each club’s financial strength.

Paris Saint Germain tops the list with the French champion overtaking England’s Manchester City as the club with the greatest financial strength. PSG had a score of 5.318 while Manchester City, which led the previous two lists, has an FFI index of 5.197.

Fifteen leagues placed teams in the list, with 18 of those coming from the English Premier League. MLS is the next most-represented league with 17 clubs who collectively have high average attendance, an exceptional level of tangible assets and deep-pocketed ownership. MLS is followed by Spain’s La Liga and Italy’s Serie A (11 clubs each) and the German Bundesliga (10 teams).

The 2020 edition of the Soccerex Football Finance 100 was compiled in collaboration with recognized specialists in sports financial valuations. They analyzed clubs’ balance sheets and annual reports from 2017-18, the last globally complete financial year available, plus other sources of information such as UEFA, Financial Times, Bloomberg, Yahoo Finance, Forbes, Transfermarkt and Hoovers.