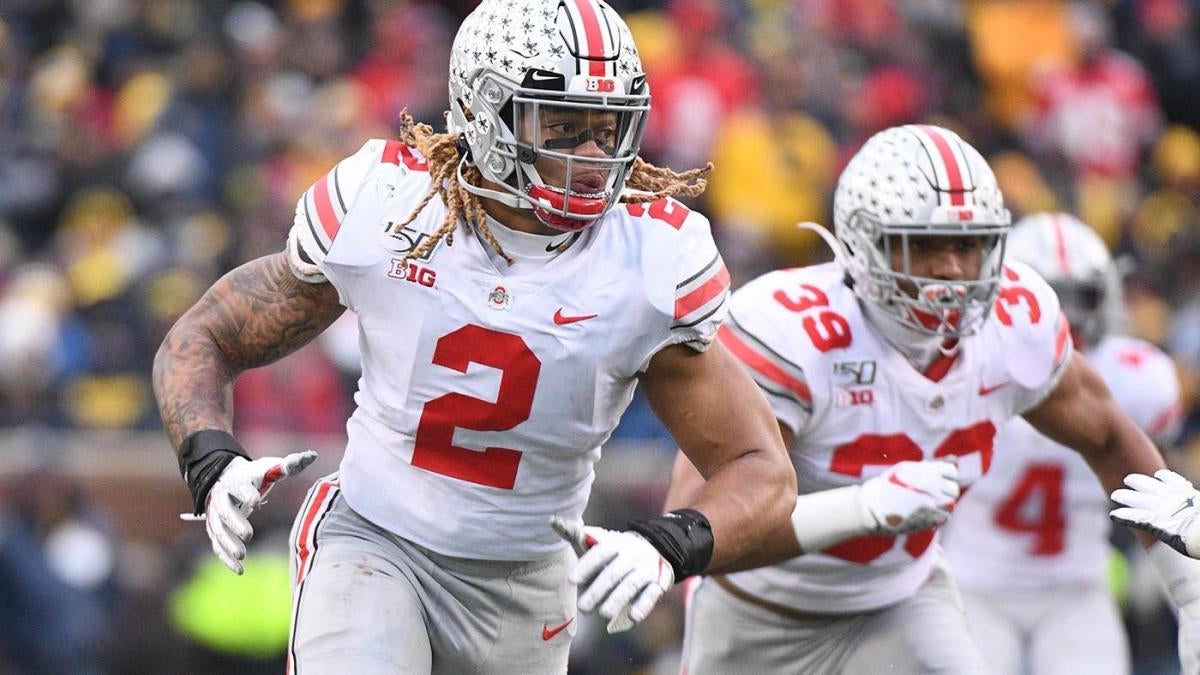 Super Bowl LIV is over and the draft is less than three months away. Our draft analysts here at CBS Sports are breaking down film and updating rankings on a daily basis leading up to the 2020 NFL Draft, which will be held in Las Vegas on April 23-25. Although Joe Burrow is expected to be the top pick, he’s not quite No. 1 on our board. Here’s a look at our top 250 draft prospects before the NFL scouting combine.

The pre-NFL Draft process can be longer for some. Jeudy and Thomas were identified as top prospects a long time ago and that only allowed for more time to be critiqued. As time passes, the early risers get dinged more. They would be great value in the bottom of the Top 10. Delpit and Higgins are two players that have slid a bit due to injuries. Delpit was battling through a lingering ankle issue while Higgins dealt with something new seemingly every week.

Will someone trade up for Tua? What are the biggest NFL draft rumors and storylines? Ryan Wilson and R.J. White joined Will Brinson to break everything down on the Pick Six Podcast. Listen below and be sure to subscribe for daily NFL goodness fired into your eardrums.

The running backs finally joined the party in this second group with Swift and Taylor. The running back position is interesting because second contracts rarely pan out. However, teams are finding a lot of success with rookies. There were three quarterbacks in the first grouping and two more follow suit in the second. Biadasz has dropped considerably to what would amount to a mid second round pick. Hall’s presence at No. 27 is actually impressive because he has not played in a game since Oct. 11 due to a torn ACL.

Davis-Gaither is an undersized linebacker, which is becoming more common in the modern NFL. He flies around the field making plays. Taylor and Uche offer high upside as pass rushers. They are both fast around the edge. Peoples-Jones is being undervalued thanks, in part, to poor quarterback play. Hunt and Cleveland would be steals on Day 2 for teams in search of a right tackle and potentially guard in the case of Hunt.

Bowden could rise at the NFL combine and beyond. He has a very natural play-making quality that is reminiscent of Randall Cobb. Dotson and Peart are great values at this point. The latter is a bit raw but possesses high upside. Hurts is a tremendous leader with success at Alabama and Oklahoma. Edwards-Helaire has been doubted his whole life so it would not be a surprise to see him outplay his draft projections. Proche has been one of the most productive wide receivers in college football over the past two years.

Robertson is one of the most scrappy players in this draft class. He is a tad undersized but physical. Bartch was very average on film for the level of competition that he was playing but his performance at the Reese’s Senior Bowl has him drawing earlier consideration. Brooks is another one of those undersized linebackers who moves really well but his style of play is not as appealing as some others. Of this group, Lynch will probably be the highest riser between now and the draft. His declaration was unexpected so many, including myself, are still catching up on him.

In the final rounds, teams are looking to add any form of contribution whether it is special teams or as a role player. Leake and Kelley could provide a lot of production at the next level. Frantz could be a swing tackle for a team. Wright and Hightower are boom or bust type wide receivers. McDonald was very effective as a passer at Hawaii but the transition to the NFL will be steep. Gibson is a really unique prospect because Memphis used him as a running back and returner as well. For teams looking to add players with talent and potential special teams contributions, Gibson could make a lot of sense.

Follow along with our consistently updated rankings at CBSSports.com. For a more team targeted approach, check out our weekly produced mock drafts.