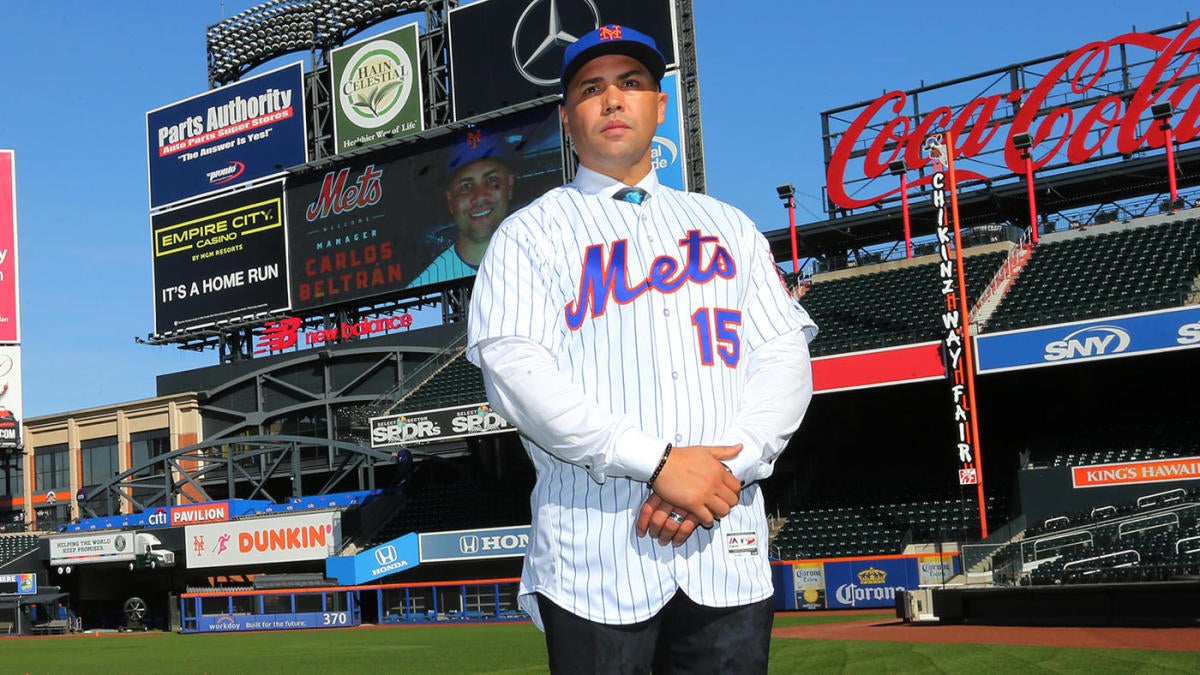 The Mets owners were looking to sell an 80 percent stake in the franchise to billionaire Steve Cohen. The initial plan was for the Wilpons to stay for five years before Cohen took over. Fans were pleased that Fred and Jeff WIlpon (eventually) wouldn’t be involved with the team’s front office if Cohen bought the team.Just less than a month after Callaway was given his walking papers, the Mets hired former outfielder Carlos Beltran as the club’s next manager. Beltran had retired following the 2017 season when he won a World Series with the Houston Astros. In 2018, the New York Yankees hired Beltran as an adviser to general manager Brian Cashman.

The honeymoon phase was barely in the books when Beltran was implicated in the Astros’ sign-stealing scandal. After a report about the Astros high-tech sign-stealing scheme was published by The Athletic, Beltran denied involvement, saying he was “not aware of that camera.”

Following the conclusion of the 2019 season, the Mets decided to fire Callaway. In two seasons with the franchise, Callaway put together a 163-161 record, but the Mets finished no higher than third place in the NL East.

While that season was certainly something to build on, the franchise had an unpredictable offseason — to say the least. So as the Mets report for spring training with a new manager and a team trying to get back to the playoffs for the first time since 2016, here’s a step-by-step look at how their wild winter unfolded.

This was truly one of the stranger professional sports injuries we’ve seen in quite some time. It was reported in January that outfielder Yoenis Cespedes suffered a fractured ankle as a result of an encounter with a wild boar on his ranch in May 2019. At the time of the ankle injury, Cespedes was recovering from dual heel surgeries and the fractured ankle ended his 2019 season. The Mets stopped paying Cespedes following the injury and filed a grievance to recoup part of his 2019 salary and his 2020 salary as well. The two sides eventually reached a settlement that drastically reduced his guaranteed salary and converted some salary into incentives tied to plate appearances.

The Mets were planning to sell the 80 percent stake in the team to Cohen. However, the deal ended up falling through after the two sides couldn’t come to an agreement. Even though the deal with Cohen fell apart, the Mets are still planning on selling the team. In fact, the Wilpons are reportedly expected to cede control of the franchise immediately, which could mean that the Mets anticipate a deal being completed sooner rather than later.

The Mets recently performed a million renovation of their spring training clubhouse in Port St. Lucie, Florida. However, once the season begins, they’re not allowing the Single-A Port St. Lucie Mets players to use it. Instead, they have to use a smaller one down the hall, according to MLB.com.

With just a month to go before spring training, the Mets had to quickly hire a manager to replace Beltran. Of course, many of the bigger names were already off the board, so the franchise hired Luis Rojas. Rojas, 38, served as the Mets quality control coach in 2019 after being the manager of their Double-A affiliate Binghamton Rumble Ponies in the previous two seasons.

Following the official MLB report, rumors began swirling as to what the Mets were going to do in regards to Beltran. The club had just hired him as its next manager two months prior, but there was a huge cloud hanging over him. Ultimately, Beltran and the Mets parted ways. He was the third manager fired in the wake of the MLB report on the Astros, as A.J. Hinch and Alex Cora also lost their jobs.

The New York Mets are coming off an 86-76 season in 2019, which was good for third place in the National League East behind the Atlanta Braves and eventual World Series champion Washington Nationals. First baseman Pete Alonso blossomed into a superstar as he clubbed a rookie MLB record 53 home runs and was named the National League Rookie of the Year.

Beltran was named in the official MLB report about the Astros scandal in January, but the league announced that he wouldn’t be suspended for his involvement. This came just two months after he accepted the Mets managerial position.