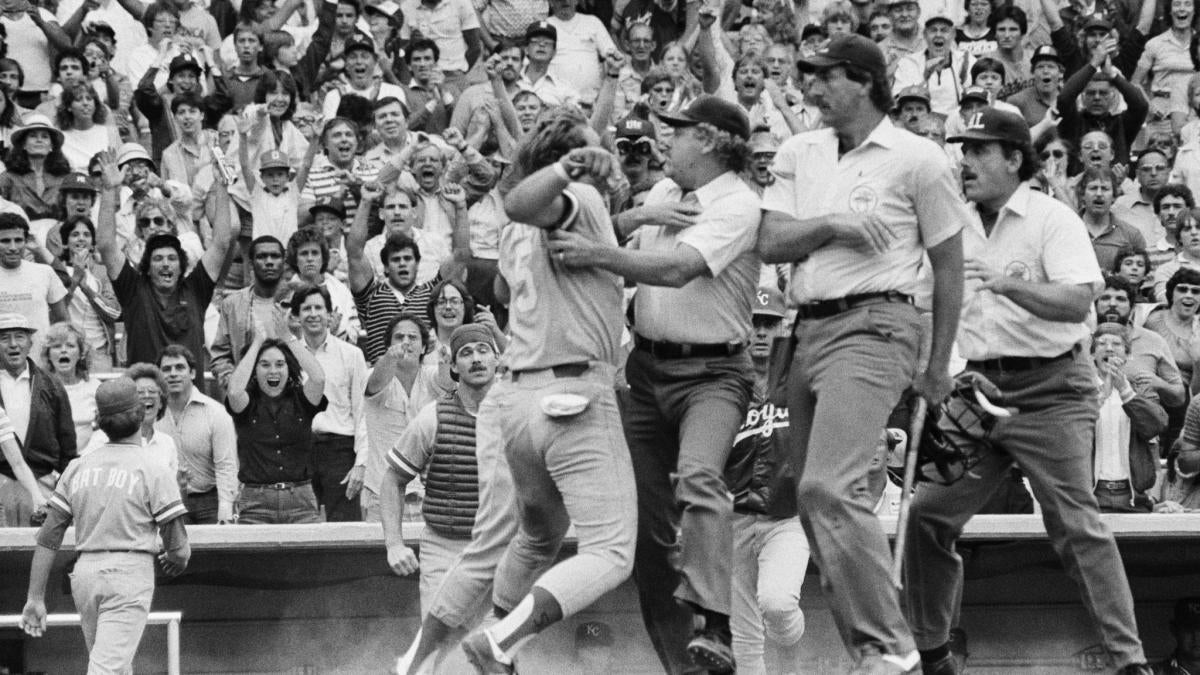 Baseball fans will soon have the chance to get their hands on memorabilia from the classic Pine Tar Game that took place between the Royals and New York Yankees in 1983. In late February, items from the iconic matchup that ended in an explosive fit of rage by Royals star George Bret — who had a go-ahead home run off pitcher Goose Gossage taken away from him when the umpire ruled his bat had too much pine tar — will be put up for auction, according to the Associated Press. “It’s just such a glorious freak out. If you had a video of any famous person losing his or her mind so profoundly, it would ‘go viral,’ as the kids say,” Chris Ivy, the Director of sports memorabilia for Heritage Auctions, said. “That kind of passion and anger is universally recognized as fascinating.”Following the now-classic game’s conclusion, American League president Lee MacPhail ruled that it should be replayed from just before Brett’s home run. The call did not just take away a home run, it took away the lead with two outs left in the ninth inning, bringing the game back to a score of 4-3 and giving the Yankees the win.MacPhail’s letter explaining his decision to grant the Royals a redo, a game that took place on August 18 and ended with a Royals win, will also be up for bid. The chaos in the game began when Yankees manager Billy Martin asked the umpire to examine Brett’s bat, as he was known to use pine tar and Martin suspected he was using too much. After a long discussion and even measuring the bat against home plate, what was a clutch home run turned into an out, and Brett was less than thrilled.  Nearly every item from the game will be up for auction with the exception of the bat, which is at the National Baseball Hall of Fame and Museum.As soon as he was ruled out, Brett bolted onto the field to give Tim McClelland his thoughts on the matter. The third baseman was so upset that he had to physically held back by his manager Dick Howser, who was assisted by multiple other players in the restraint of the Brett. Heritage Auctions will be selling the items, including the powder-blue jersey that Brett, now a Hall of Famer, wore during the game. That jersey is signed “The Pine Tar Game” and is expected to sell for over 0,000. While Brett was letting the umpire have it verbally, someone from the Royals took the bat in question and took off with it so it would not be examined by the league, only causing more chaos. Someone from the Yankees organization, as well as an umpire, raced after the person with the bat in an attempt to take it back for a second look. The Brett home run ball is signed by Brett and Goosage, and Brett’s signature is also on another ball used while finishing the game.