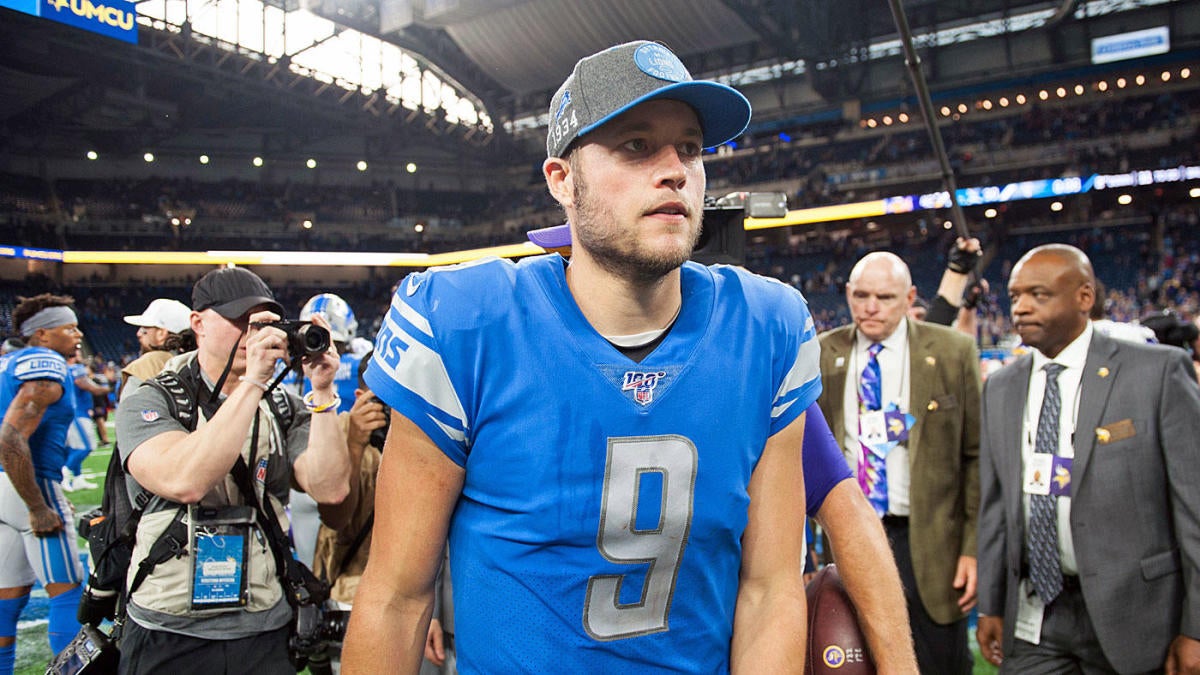 The 2020 offseason is slowly turning into the year of the quarterback. Between now and the NFL Draft, there’s a good chance that things are going to get absolutely crazy.

From a free agency standpoint, guys like Tom Brady, Philip Rivers, Jameis Winston, Teddy Bridgewater and Marcus Mariota will all be on the market and available to sign with any team they choose. In Dallas, the Cowboys are in the middle of an awkward Texas two-step with Dak Prescott that could end with the quarterback getting hit with the franchise tag. In Kansas City, Patrick Mahomes is on the verge of landing the biggest contract in NFL history.

Although Mahomes is almost certainly going to get a record-setting deal, Chiefs fans better hope that his new contract doesn’t come with a record-setting salary cap hit, and that’s because NFL teams have struggled over the past decade when they have the quarterback with the biggest cap hit.

The explanation here is pretty simple: If you give all your money to your quarterback, there’s not enough to go around for everyone else, which makes it pretty difficult to build a championship contending team. If you look at the last three Super Bowls, there was at least one team in the game that had a quarterback on a rookie contract. In 2019, that was the Chiefs with Mahomes. In 2018, the Rams made it to Super Bowl LIII with Jared Goff on his rookie deal. In 2017, the Eagles got to the big game with Carson Wentz playing under his rookie contract.

On the other end of the spectrum, quarterbacks with large cap hits almost never make it to the Super Bowl. As a matter of fact, over the past decade (2010-19), the quarterback with the largest cap hit each year didn’t even win a single playoff game.

The guys over at NFL research have the exact numbers and it’s pretty bleak. Here’s a look at the one quarterback who had the highest cap hit in each season since 2010 and how far they made it in the playoffs.

2010: Donovan McNabb, Redskins ($24.8 million). After 11 seasons in Philadelphia, McNabb left the Eagles in 2010 to sign a monstrous five-year, $78 million deal with the Redskins. The contract didn’t turn out to be such a smart investment for the Redskins. Not only did McNabb only last one season in Washington, but he went 5-8 as a starter during that lone year before being traded to the Vikings.
Verdict: No playoffs.

2011: Mark Sanchez, Jets ($17.2 million). Sanchez entered the NFL in 2009 before the rookie wage scale was put into place, which means he got a monstrous contract as the fifth overall pick in the draft (five-years, $47 million). After leading the Jets to the AFC title game in each of his first two seasons, Sanchez didn’t even make the playoffs in 2011.
Verdict: No playoffs.

2012: Peyton Manning, Broncos ($18.2 million). After watching Manning sit out the entire 2011 season, the Broncos took a risk on the quarterback by signing him in 2012, and the risk immediately paid off. However, it didn’t pay off with a playoff win. During Manning’s first season in Denver, the Broncos lost their first playoff game in a 38-35 overtime thriller against the Ravens.
Verdict: Divisional round playoff loss.

2016: Eli Manning, Giants ($24.2 million). This is not a typo, Eli Manning is on the list three times. In September 2015, Manning agreed to a four-year, $84 million extension, which left him with the highest quarterback cap hit in the NFL just one year later. The good news for the Giants is that they actually did make the playoffs despite the large cap hit. The bad news for the Giants is that they lost in the wild-card round.
Verdict: Wild card playoff loss.

2017: Joe Flacco, Ravens ($24.6 million). The Ravens’ decision to give Flacco a four-year, $66.4 million extension in 2016 ended up being a bad one for pretty much everyone involved. That being said, 2017 might have been the highlight year of Flacco’s contract as the Ravens went 9-7, which really isn’t much of a highlight, if you think about it.
Verdict: No playoffs.

2018: Jimmy Garoppolo, 49ers ($26.5 million). The 49ers might have been in the Super Bowl in 2019, but they didn’t get anywhere close to making it in 2018 when Garoppolo had the highest cap hit in the NFL. In a year where the 49ers finished 4-12, Garoppolo’s season actually got cut short after just three weeks due to a torn ACL.
Verdict: No playoffs.

2019: Matthew Stafford, Lions ($30.7 million). After signing a five-year, $135 million extension in 2017, it was time for the Lions to pay the piper just two years later, and that came in the form of a $30.7 million cap hit. During an injury-filled 2019 season, the Lions only got eight games out of Stafford before he was lost for the year due to a back injury.
Verdict: No playoffs.

If you’re scoring at home, that’s eight out of 10 seasons where the quarterback with the highest cap hit didn’t even make the playoffs. Also, the two quarterbacks who did make it to the postseason went a combined 0-2. That’s zero playoffs wins over 10 years. Maybe Tom Brady was on to something when he decided not to take market value during his three most recent contract negotiations with the Patriots.