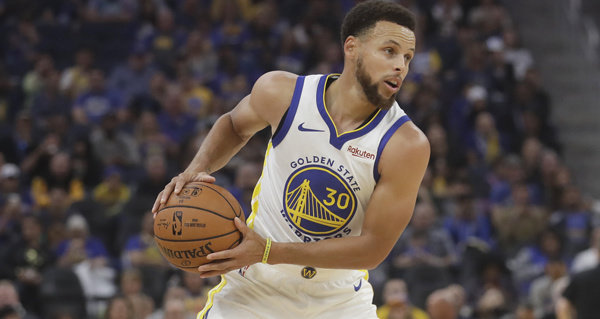 Joe Lacob articulated the timeline of the Golden State Warriors as they try to maximize the primes of Stephen Curry, Klay Thompson and Draymond Green.

“Really, the emphasis is on next year,” said Lacob. “The next two years, our window — Steph’s last two years under contract, before we hopefully bring him back again — we need to field the best possible team we can. That was the emphasis.”

Curry can become a free agent in 2022, followed by a player option for Green in 2023 while Thompson will finish his current five-year deal in 2024.

The Warriors will have one of the top selections in the 2020 NBA Draft and also own a future first from the Minnesota Timberwolves as part of the Andrew Wiggins trade. Golden State could attempt to use a collection of those assets to acquire another star player to bolster their title chances.